The State Center boondoggle is back on the table.

This controversial deal, involving state buildings on 28 acres of land in midtown Baltimore, was tailored for developer-allies of former Gov. Martin O’Malley. It ended up on the back burner in December 2014 when the extent of the giveaway persuaded Comptroller Peter Franchot and Treasurer Nancy Kopp to put a hold on the last approval necessary.

Since then, Gov. Larry Hogan, Jr. has kept the project on the shelf – where it belongs.

But in the last few weeks, Hogan’s economic development chief, Mike Gill, said the administration was reviewing the $1.5 billion project anew. A decision on what to do at the Baltimore workplace for thousands of state employees could come before January.

There’s no question government workers deserve better quarters. The 60-year-old State Center complex is badly out of date. New accommodations need to be pursued. The worst course of action, though, would be to proceed with O’Malley’s white elephant.

Under the deal worked out by the former governor, the state, which now pays no rent at State Center, would be charged sky-high monthly rates for occupying space in a new, privately owned structure. The lease payments of $18.5 million a year would escalate every five years over the next two decades.

The state also would be responsible for maintenance and security expenses, bringing payments to $30 million annually just in the first five years.

Additionally, the state would lease the entire 28-acre State Center property to the developer for a ridiculously low ground rent. A prime parcel near downtown would be virtually gifted to the development team.

The developers also want the state to pay for a costly underground garage in the first new office building. This $28.5 million expense would deplete the Transportation Trust Fund just when demand for road and bridge improvements is in high demand.

In another twist, state workers who receive free surface parking at State Center, would have to pay to use those underground spaces.

The most troubling aspect for Hogan is that the State Center plan could cost Maryland its coveted triple-A bond rating.

Because the developers want to use the state’s locked-in rent payments – nearly $500 million over the next 20 years – to obtain private financing for the massive project, the payments qualify as a capital project.

As such, the State Center development would blow the lid off Maryland’s debt ceiling. It would mean cutting other projects from Hogan’s construction plans and could lead to higher interest rates when Maryland goes to the bond market.

It’s a bad deal for taxpayers, and for Hogan, who inherited this mess from O’Malley (and from Republican Gov. Bob Ehrlich, who announced the heavily subsidized state-private sector project prior to the Great Recession).

Joe Getty, Hogan’s chief legislative officer, was in the state Senate when his budget committee reviewed the State Center project in late 2014. He concluded that the excessive rent charged the state “sets us up to cut [other] projects that have strong commitments in other areas,” such as money for Baltimore City school construction and bond money for a new Prince George’s County hospital.

The Department of Legislative Services noted at the time that the State Center undertaking “will require a significant amount of annual general fund appropriations that could be avoided if the State instead constructed new or renovated space to replace the aging State Center infrastructure.”

Huge vacancies exist there – upwards of 30 percent and growing – which translates into deeply discounted rents. The state could lock in long-term leases at excellent prices and avoid paying future maintenance costs.

At the same time, DLS suggested the state could sell State Center’s buildings and 28 acres to the highest bidder. This would partly offset the cost of renting new office space downtown and avoid costly repairs at the current buildings.

That seems to make more sense than going forward with a sweetheart arrangement concocted by Hogan’s predecessor.

Here’s another oddity: The Ehrlich administration never bothered to seek competitive bids for the State Center project. After the initial development group dissolved during the Great Recession, O’Malley renegotiated the same deal with a slightly different group of developers.

Now may be the time to see what State Center’s 28 acres bring on the open market and what imaginative uses other developers suggest for the site – using their money, not the state’s.

That likely would require a payment to the current developers to terminate their contract with the state.

Here’s why: O’Malley’s State Center deal lacked a “termination for convenience clause.” This is routinely inserted into every state contract – but curiously not this one. Thus, the state is locked into 20 years’ worth of lease payments – pure gold for the builders – unless the developers are bought out.

It also would amount to an endorsement of a questionable state subsidy pushed through by his Democratic predecessor.

Proceeding in a new direction might be Hogan’s best option. 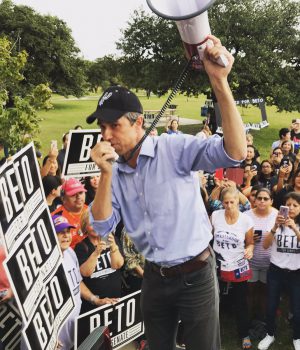 Did Beto cross a line by calling Netanyahu a ‘racist?’ 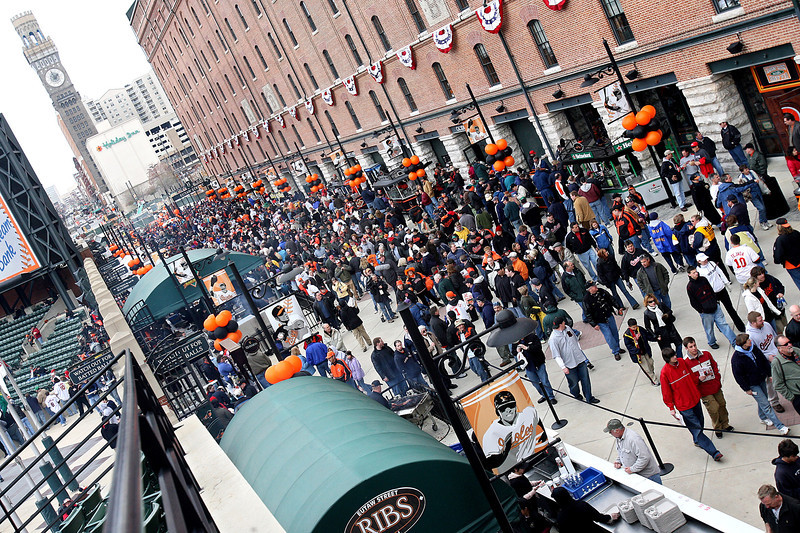