It’s Holy Week for the Christian community. Growing up Catholic, I learned that Holy Week spanned the time from Jesus the Christ entering Jerusalem through to his death and subsequent resurrection. Its meaning was at the very core of our belief system and it was a very sacred time of year. This particular week of activity took on an even deeper meaning for me in 1987. That was the year I had to do an intervention on a loved one. It was very difficult, very sad, and something I never want to experience again.

At the time I wasn’t even sure how I felt about doing the intervention. I knew it had to happen but I didn’t really know how to do it. I asked some family members to participate and they agreed. We went over the details and were ready to start.

Years later I was listening to the album, “Jesus Christ, Super Star” and the whole emotional experience of the intervention came flooding back as I listened to the music. The steps in the intervention, the emotion of each step, and the outcome exactly followed the events expressed in that music.

Palm Sunday
Jesus rode into Jerusalem on a donkey and was greeted by throngs of excited people waving palm branches. What did this mean? What did the people think this man was going to do? Why were they all so excited? They were looking for a leader but did they really know where they were going to be led? Will they be excited when they find out? We will see as the events of Holy Week unfold.

In order to start a process known as an intervention, I went to the New Beginnings Counseling Center to get help with parenting my adult son. He was heading down a path that was not good. They would guide me in the process and do the intervention with me if need be. Then some family members volunteered to work with me so I didn’t need the help of the counselors.

Soon, the family members backed out. The counseling team said they would do it with me but I refused their involvement. All his life, from ten years old on, it had been just the two of us. How could I suddenly bring in a whole bunch of strangers and confront him? Was I a coward of a mother? How would I be able to maintain my stance afterwards if I couldn’t face my son by myself? No, the family couldn’t help me, and I wouldn’t let the strangers help me, so I decided to pull myself together and face this head on by myself. It had to be between me and my son. As I got started with the process, my supporters cheered me on. I was scared but determined.

This is the life lesson. I wonder if that is what Jesus felt when he was entering Jerusalem. The crowds were cheering him on but inside was he was scared yet determined? Isn’t that what we all feel when getting ready to take on a life changing or even a day changing event?

Holy Thursday
The Passover Dinner is a Jewish celebration remembering the time God spared the children of the Jewish families from death. Jesus, of course, was Jewish and always honored and celebrated events of Jewish history. Christians refer to this event as the Last Supper. This supper was to be a happy celebration, but was Jesus happy knowing he was at the start of a life changing journey? Would his disciples continue to be his backers when they learn the difficulties that lie ahead? We will find out soon enough.

The intervention was always on my mind. Realizing that I am inclined to run away and not face things, I decided to go for counseling and build the mental strength to follow through with the intervention. This was a big deal and not a little one. I would go for as long as necessary. It ended up taking a year, during which time I continued to celebrate holidays and daily life with friends and family. What would they think of me if I followed through with the intervention and my son chose to leave? I knew I would get more flack then praise for “kicking him out.” I would also be accused of abandoning him. How on earth could a mother do that to her child?

I was very sad. I loved my family and friends but I would still have to follow through with my plan because I loved my son more.

This step has a life lesson also. As we continue on our journey of spiritual enlightenment, there are moments when we are invited to celebrate with our friends and family. Whatever situation we endeavor to change, we must do it and still honor the daily life around us. I wonder how Jesus felt as he looked around the table at his followers and realized that his friends would not stand by him. I don’t know how he felt as he interacted with everyone, but I know how I felt. Alone. Very, very alone.

Good Friday
For Jesus, this was a time of abandonment. His disciples slept while he prayed and meditated in the garden of Gethsemane. He cried. He begged God to take this cup from him. He suffered the fear of what was coming. Finally, he stood up to move forward. He was met by soldiers as he walked out of the garden. He had been betrayed by one of his disciples and the soldiers were here to take him away. Shortly thereafter he was tried, tortured, and taken to the hill where he was hung on a cross until he died.

And the intervention is going to happen. At last the time has come. There’s nothing left to be done. I must follow through with my plan. The pain, the fear, and the agony of what I must do are almost too much to bear. The date is set for tomorrow. The arrangements are made. There is a bed waiting for my son if he should choose to go into rehab and start a new path in life.

But now I don’t want to do it. I have changed my mind. It’s too hard. Please God, don’t make me declare an ultimatum. Whose idea was it anyway to do an intervention? My heart is aching and breaking. I move forward quickly before I change my mind.

Our meeting ended up being very short. I told my son he had a choice, “Go to rehab or leave my life.” He said, “I will be out on Monday.” I said, “You will be out tonight.” He packed some things, walked out of the house and as the door closed behind him…. everything inside of me died.

And the life lesson here is that as we continue on the path to change, we will be abandoned by most of those people that cheered us on in the first place. There is a sense of sadness and loss. It is a death, a dying of the old. A saying goodbye to ignorance. It is the resting time before a rebirth. It is a time of quiet contemplation and meditation. “Be still, do not fear.” This is a necessary experience in order to transition to the new and more fulfilling life.

Easter Sunday
On Easter Sunday we celebrate the resurrection of Jesus the Christ. The rock that covered the tomb had been rolled back and the crypt was empty. The body of Jesus was no longer there. At some point, Jesus made a choice to roll back the stone and come out to the world again. He was elevated in mind, body, and spirit. He looked the same but he was also very different.

The intervention was finished. After my son left I was, at first, very depressed. I went to work with my mind in a fog and spent my time at home hiding under the covers. I continued counseling for another six months. Eventually I perked up. My son contacted me but continued to live away. He was growing and so was I. I know that I could have made a different choice. I could have stayed in the crypt of depression and become bitter, ugly, and repulsive to the world. But I didn’t. I got up, walked out into the sunlight and continued expanding my love.

The life lesson here is clear. At Easter we celebrate a resurrection or a rebirth. On this day, we roll away the stones of doubt and fear as we watch love and truth rise triumphant. We celebrate this step towards enlightenment knowing that the journey has not ended but with each step along the way we can jump for joy in celebration that the Christ within us has, indeed, arisen.

Cheryl Gleghorn grew up in Milwaukee, WI where she attended St. Gregory the Great Catholic Church. The second of eight children, she started learning early on the power of love and compassion. Spirituality was her calling. Because of her affiliation with a marketing group while in her early twenties, she was introduced to the world of self-help and positive thinking … which led to the notion that there was probably a connection to God somewhere in all of that.
In 1996, Cheryl found Science of Mind; A faith, a philosophy, and a way of life. This is the connection to God she was looking for. This movement was started by Dr Ernest Holmes in the early part of the twentieth century… In 2002, after several years of study, she became a licensed practitioner under the umbrella of United Church of Religious Science (later- Centers for Spiritual Living).
Today she attends the Center for Spiritual Living in Bradenton, FL.
Cheryl teaches this philosophy, does spiritual coaching, gives prayer support, leads meditation and facilitates visioning groups. 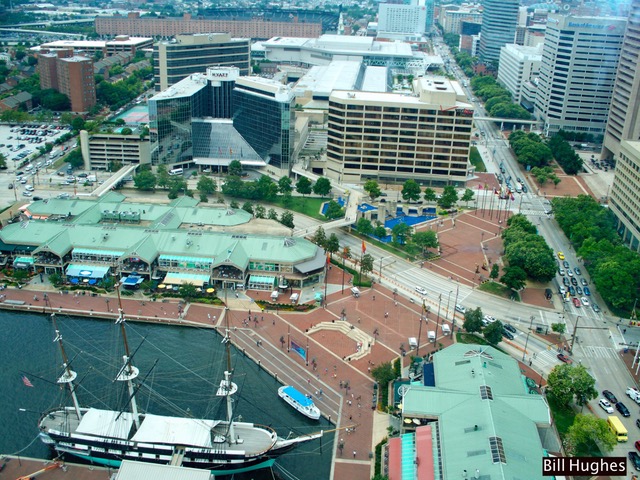 The Political Legend That Was the Late Harry ‘Soft Shoes’ McGuirk

Online Dating, Hooking Up And Flirting