Maryland’s legal cannabis market to be shaped by many hands

Missing the Point – National Case of the Yips?

I’m just on the tail end of recovering from COVID.  Yes, I finally got it. The good news is that I managed – through luck, thoughtful masking and crowd avoidance – to put off getting it until science gave me the vaccine and boosters to keep me out of the hospital, off the ventilator and, thank goodness, on the right side of the grass.

A Baltimore Post-Examiner investigation into the death of Michael Edward Hickey and a review of  documents obtained by this publication tells a different and troubling story.

The Plans He Has for Me: A 12-Week Daily Devotional for Freedom from Alcohol by Rose Ann Forte (c 2022

Book Review: Light in Gaza: Writings Born of Fire an anthology of Palestinian writers and artists

Lately my thoughts and energy have been on the climate crisis. Here we are, a week after a massive storm

Republicans Have the Party They Wanted Since 1968

The Music Remains After the Musicians Pass Away

An aborted ride: Richmond to Richmond

Over the past two years, I had made some desultory attempts nearby but without success: the Baltimore Bayview yard and Hyattsville, MD. The latter was a particular waste of time because CSX upgraded the tracks long ago, making the trains too fast to jump, but I lazily hoped against hope to find a train stopped for clearance or the like. The last failed attempt was in late November, when in a bit of Murphy’s law, I found 2 repairmen adjusting a crossing signal. At a time like that, there would be no trains, period.

Except for a Few Details Literature

633 Days Inside: Lessons on Life and Leadership

‘Except for a few details…’ – Creative Running

‘Except for a few details…’ – Dialogue

Maybe the perfect world we seek Is not meant to be; Maybe the bliss of heaven Becomes hell for eternity;

Colorado (into the blooming)

Colorado (into the blooming) branches, trees, scenery mountains in the distance snow is on the rocky ledges slip and pick

7 Health Benefits of Cannabis That Everyone Should Know

7 Reasons to Gift Jewellery to your Friends

What to Expect from American Businesses in 2023 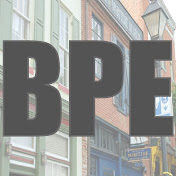