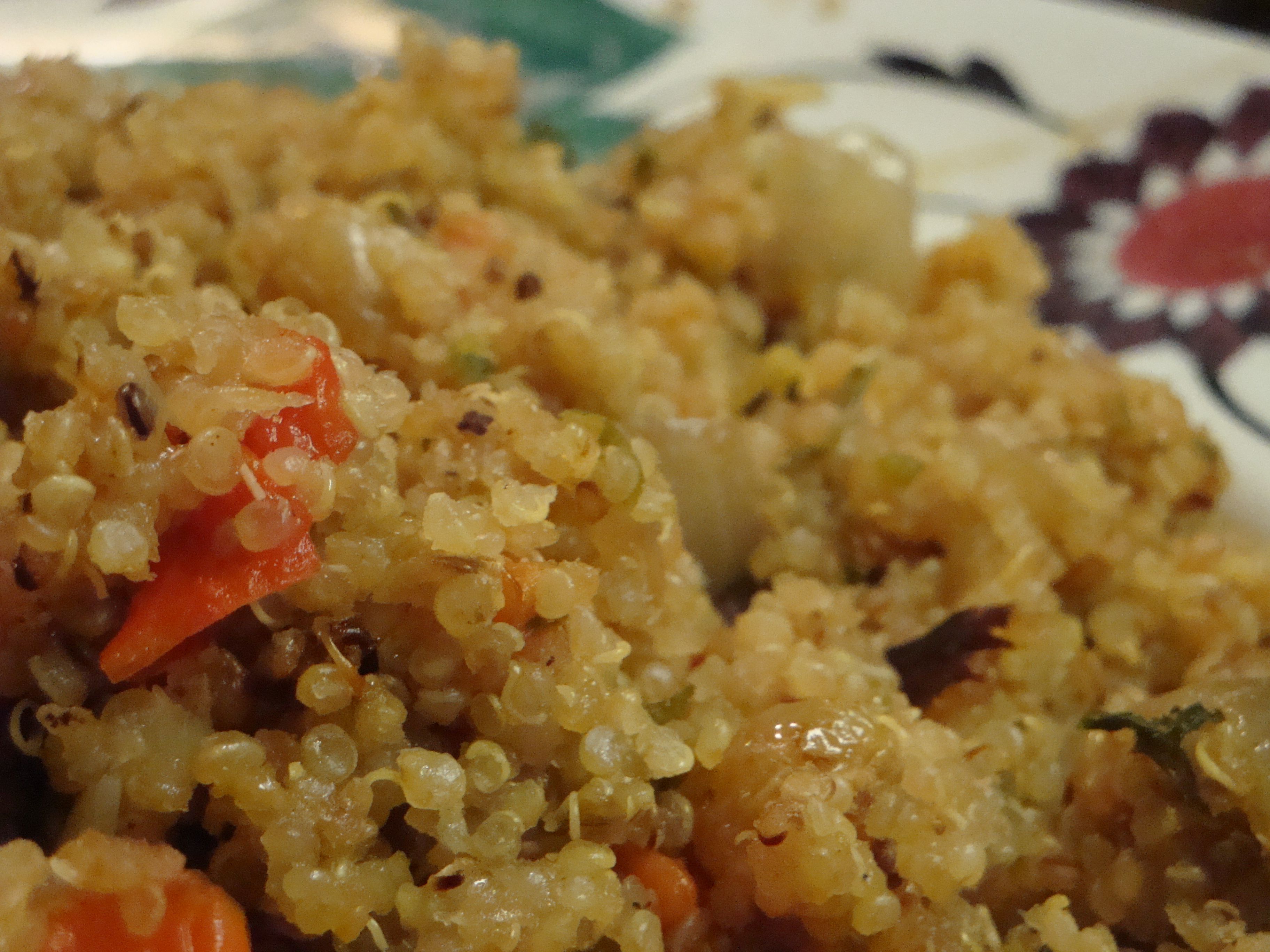 I created this quinoa pilaf a few years ago when I was searching for the perfect grain for our Passover seder. The seder is the ceremonial spring meal where we remember the story of the liberation of the Jewish people and recognize that we still struggle with many forms of oppression today. Like our society, this dish is a study in contrasts—a touch of sweetness competing with a little bit of heat, a creamy texture with a crunchy finish—food that reminds us to celebrate our differences rather than lament them.

I chose quinoa because it is it is one of the few grains that is deemed kosher for Passover, a week-long holiday with many food restrictions that is best known for the substitution of unleavened matzo for yeasted bread. But many of the guests that day had never eaten quinoa before and even fewer had cooked with it. That made me wonder why this ancient food was relatively obscure in the great pantheon of grains. I learned that this tiny but mighty seed has played an important role in world culture and could help to feed the planet once again today.

When Frances Moore Lappé published her landmark work Diet for a Small Planet in 1971, the concept of a complete protein was a novel idea. The American public had literally never heard of quinoa, but at least five thousand years earlier, quinoa was widely recognized as a sacred food in pre-Columbian South America, where the Incas called it the “mother seed.”

Even though quinoa was considered to be the staff of life for the indigenous peoples of the Andes, by the early 1500s its mass cultivation had been systematically destroyed as part of the Spanish conquest of Central America. The knowledge of quinoa quietly faded into obscurity, where it remained for more than 400 years.

Finally, in the early 1980s, quinoa reemerged from its long nap. In a saga only rivaled by blockbuster adventure movies and tales of intrigue, two Colorado entrepreneurs learned the secrets of quinoa from a Bolivian spiritual leader and re-introduced it to the world.

Quinoa is a complete protein

Today quinoa has achieved super food status. Although technically a seed, it is used in cooking as a cereal grain and has more protein and iron than any other member of its adopted family. Dubbed a complete protein, it is distinguished by its balance of all nine essential amino acids, including hard-to-get lysine.

In fact, the World Health Organization rates the quality of quinoa’s protein as equal to milk, which is considered by many to be the gold standard for nutritional value. Since quinoa is gluten-free, it is a boon for those suffering from allergies and celiac disease. Finally, for one week out of the year quinoa is particularly welcome on tables throughout the Jewish world because it is one of the few grains that is accepted during Passover.

Quinoa is easy to love—it has a delicate taste and a nutty flavor that can be developed even further if the seeds are toasted for a few minutes in a dry pan. The soft, creamy texture—sometimes compared to millet or cous cous (both of which it resembles in appearance)—is offset by the slight crunch of the outer germ, which twists to form a visible white spiral tail around the grain as it cooks.

Quinoa is also easy to prepare—a 2:1 ratio of water to grain (1 c. dry equals 3 c. cooked) and just 15 to 20 minutes of cooking time make it one of nature’s quickest whole-food dinner solutions.

If you’ve tried quinoa in the past, you might remember a bitter flavor that put you off. That bitterness is produced by a natural coating called saponin that protects the tiny, pale yellow seed from birds and insects. These days that shouldn’t be a problem— the saponin is removed from most quinoa in commercial production by an industrial process before packaging. If not, a quick soak in a bowl of water before rinsing in a fine mesh sieve should wash away any leftover powdery residue. If the water looks soapy, continue to rinse until it runs clear.

Note: If you decide to wash your quinoa, wet it thoroughly by submerging in a bowl of water before you strain through a sieve, to prevent the fine seeds from falling through the wire mesh.

What Exactly Does a Yield Sign Mean for the Driver? 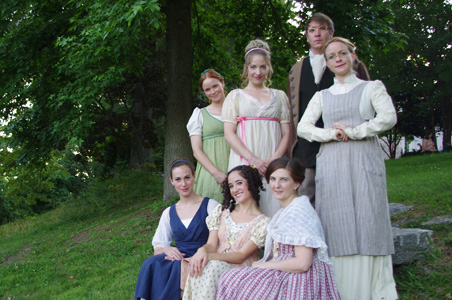 Actors have moments they would rather redo