One cannot have a “best of” list without a “worst of” list. They’re the two opposing forces in the universe and they must both be discussed. This was simultaneously the easiest and toughest list to compile. Because there are tons of bad sequels. But instead of focusing on the irredeemably bad ones, I’d like to focus on ones that could’ve been good. (SPOILERS AHEAD) 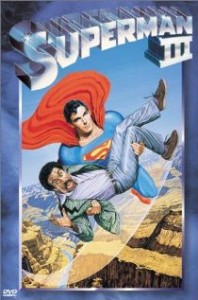 So after two movies that could’ve been excellent Superman adaptations but fell short for various reasons, how best to revive the franchise? Add Richard Pryor! Because a man who made his career in raunchy comedy belongs in a superhero movie right? Especially one that’s rated PG and thus can’t support the type of humor he’s known for, right?

I wish I could say that casting was the only misstep of this film. The biggest problem with it is that it could have been good. Superman IV is so bad that it’s almost enjoyable with its over-the-top campiness (wires are visible at times) and in-your-face social commentary about nuclear weapons. The third film contains some truly touching scenes involving Clark Kent returning to Smallville and a possible rekindled romance with high school sweetheart Lana Lang.

It’s also muddled with stuff like Superman turning into two Supermans (Supermen?) who must do battle with one another. And the overall plot is more like a tepid episode of NCIS that happens to feature kryptonite in spots. There exists a plethora of untapped Supes villains and the filmmakers picked a white collar criminal that Booster Gold could’ve taken down. Certainly not a film worthy of the Man of Steel.

What? Is that a typo? I must’ve meant Indiana Jones and the Kingdom of the Crystal Skull right? Technically this is a prequel but it has so little to do with the other films and it makes so many classic sequel mistakes that I think of it as one. Plus everyone rips on the most recent Indy film which, disappointing as it was, is still better than this one in many ways.

First off, the film is way too unbalanced. If you have scenes that feature people’s hearts being ripped out, child slavery, and blood drinking … you probably should not also have a wacky kid sidekick who runs up and yells “Doctah JO-nes!” with increasingly annoying regularity. And yet that’s exactly what the film features. One second, Indiana is groping a female statue for a cheap laugh from the audience. The next second, everyone is covered in disgusting insects and everyone in the theater gets nightmares.

Sometimes it’s good to go against convention, but not in the ways that they did. They didn’t make the common mistake of going way too big in the second film. But they did make the mistake of featuring an almost unrecognizable type of story, when compared to the excellent first film: Raiders of the Lost Ark. As unfortunate as a lot of the stuff in Kingdom is, it still features the same type of political backdrop and “last American cowboy” feel that the good Indy films have. Unlike Temple, which mostly feels like something the villainous child from Toy Story would think up.

Just as I’m done saying that I criticized a film because it’s oft criticized … now I’m going after one of the most insulted and disliked films ever. That’s just how I roll. Before even seeing this movie, I knew it shouldn’t exist. The first film: one of the best movies of all time. They tempted fate and made another. It was also one of the best ever (WHAT?). And for 16 years that legacy was intact.

Then they made this junk (which is still better than a lot of gangster films, I might add. It just dilutes the first two films). I’m not a huge fan of Sofia Coppola behind the camera, but in front of it she’s awful. She’d be bad enough anyway, but when you’re acting next to Al Pacino, Diane Keaton and Andy Garcia you have to step up your game. Aside from her, the performances are predictably good. So what was the issue?

For one thing, too much time had passed. Filmmaking had changed. Director Francis Ford Coppola’s style had changed. The movie didn’t feel like the other two because it couldn’t. But on top of that, the movie is too ambiguous. Ambiguity is good when a character is making a morally gray decision and we’re uncertain what the reason for his ultimate decision is. That inspires discussion. Ambiguity is bad when you don’t know whether Michael Corleone (Pacino’s character) is actually trying to be good or if he’s just pretending. Knowledge of a character arc’s existence is slightly important. Then at the end during the usual montage of people getting whacked, you barely know who the people are or why they’re whack-able. Sloppy. Just sloppy.

The Trek film franchise is a highly varied one at best. Here’s a rundown: first film boring, second film excellent, third film tepid, fourth film stupid but fun, fifth huge disappointment, sixth unusually great but under-watched because of the crappiness of number 5. And those aren’t even counting the ones with the Next Generation cast! This is why being a fan borders on being a lifestyle choice.

The saddest thing about this picture is that William Shatner (who wears both the captain’s and director’s hats for this movie) intended a dark and interesting picture about the search for God, and His nature if He exists. In fact, for most of the film I was actually captivated. There were some good moments of camaraderie among the three main shipmates and some surprisingly exciting action scenes.

I’d put this at number 1 in terms of badness, but since I’m more basing this list on potential based on the quality of a first film … at number 3 it sits. Because the first movie isn’t that great either. It takes almost an hour for Optimus Prime (the main hero from the show) to appear, and almost the entire movie for the main villain to appear. And who kills this ultimate villain? Was it the coolest robot in the universe who’s a total badass. Nope. It’s Shia frigging LaBeouf.

Then I saw the teaser trailer for the second film. I saw flashes of destruction. Awesome transformations. The tagline told me to “prepare for revenge.” SO COOL. So what happened? They say it was the writer’s strike. This is a good reason for why the film is in some ways a visual representation of a first draft of a script. But no first draft of any script should be this bad, unless it’s being written by children too small to play with the toys upon which these films are based.

Here’s a list of things not to do in a sequel: make up a villain and give him the backstory that your under-used first villain should have had (and did have in the original story), kill off the best character in the first 45 minutes after the best fight scene in the movie (which should happen at the end), and finally: include in any way, racist robots or building-sized mechanized testicles. Just garbage.

Also: Megan Fox basically has sex with her motorcycle.

I actually liked the fourth movie, so I don’t include it on this list. It, like the first film (which is still obviously the best), is a successfully made popcorn film. Its reach doesn’t exceed its grasp. Both the first and fourth films know that they are just for fun and so they make you cheer and laugh and you love it.

The second and third films (Dead Man’s Chest and At World’s End, respectively) are unsuccessfully made “real” movies. They try to have real character arcs and actually be serious. There are successful moments of this in both films (and I actually like them more than most people, although still not that much) but there’s no flow. And much like Temple’s problem: you can’t have a scene where Johnny Depp eats toenails and a scene where one main character betrays another, possibly to his death, in the same film. It doesn’t even have to be all serious or all goofy, it can be a mix. It just can’t jump from one extreme to the other.

Both films also make their plots unnecessarily complicated. The third film makes up for all of this by having an emotional and exciting finale, but this is after a bunch of pirates sit around for 10 minutes talking in vocab words that border on jargon. Captain Jack Sparrow (a presumably uneducated fellow) saying “superfluous” in a drunken stumble is funny. Nine different pirates doing the verbal equivalent of throwing a Thesaurus at each other, in variously hard to understand accents I might add, is off-putting.

There’s a lot more I could say, but just as a general rule: if you make a comment like “clearly you’ve never been to Singapore” in the first movie, know where’s a place you should never go in subsequent films? Singapore. Because the reality is never as good as the audience’s imagination.

Though all of the sequels have issues, this is the only one that’s true failure. The second film is too much a repeat of the first one, except with a different outcome in the final fight. But it does have some interesting ideas about giving money to someone who’s been poor his whole life. And depending on how you felt about the end of the first one (I loved it) you might feel vindicated about the end of the second (it’s stereotypical but good). The third film has Mr. T. Whatever its other faults, that’s awesome. The fourth movie has Dolph Lundgren as the Bond villain of sports films. Over-the-top but undeniably enjoyable in an ’80s zeitgeist kind of way.

Then we get to the fifth installment. Where someone decided it was a good idea to take everything away from Rocky that he had achieved in the first four movies. This could have been interesting if he regained his appreciation for the simple things in life, grew closer to his family, etc. Instead he mourns the fact that he’s living in decline (because of poor business decisions by his idiot brother-in-law, who no reasonable person would put in charge of anything). Then at the end he beats the douche who took his championship title in a street fight, as though that proves something.

For 16 years, that was where the story ended. Rocky Balboa was a sleeper movie that provided a fitting end for the character, but the damage had already been done. The series had become so representative of the idea of the “unnecessary sequel” that too many people forgot that it all started with the little Best Picture winner that could. And the world of possibilities that are open to Rocky at the end of the first film become far too spelled out, thus losing all of their potency. The sequels that are truly the worst are the ones that ruin the original.

Many more could have been included on this list, what are some that you dislike? 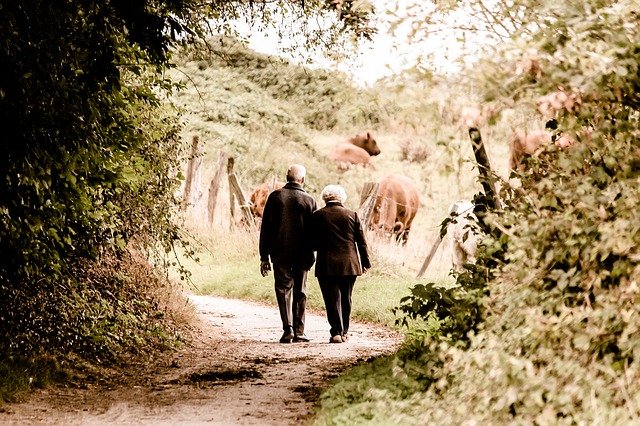 Birthday No. 211 for Edgar Allan Poe: What’s the Real Story Behind the Troubled Genius?