The potential consideration of sports betting at Maryland’s General Assembly, in 2018, is currently big news amongst the state’s casino community. Amongst this community, sports betting in Maryland is not considered illegal. The same applies in other states across the US. The problem is that Federal law prohibits sports betting in the majority of states. But, that situation could be altered in the near future, and casino operator Joe Weinberg is arguing that Maryland needs to be prepared should this happen.

Weinberg is pushing for the issue of sports betting to be considered by the Joint Committee on Gaming Oversight. If this happens, it may mean that a constitutional amendment could be included in next year’s general election ballot. It’s easy to understand why Weinberg is pushing for this, as the head of Cordish Global Gaming; the company which operates Maryland Live Casino & Hotel.

The state of New Jersey has taken a case to the Supreme Court, arguing that the prohibition of sports betting violates the 10th amendment which grants powers to individual states. New Jersey has gained considerable support in its quest to offer legal sports betting. If the Supreme Court finds in favour of the state this will pave the way for other states to follow suit.

Why is this so important for Maryland casinos?

States are preparing themselves for action, should the Supreme Court case go New Jersey’s way. They want to be able to secure the additional revenue that sports betting can lead to. So why is all this so important to casinos in Maryland?

The truth is that sports betting itself would not bring in that much additional revenue for the casinos, but it would bring in more visitors. According to Weinberg, his casino alone will play host to 1.5 million additional visitors each year, should it be able to offer sports betting. These visitors will often then go on to take advantage of other facilities at the casino. It’s from this additional gambling that money can be made.

How likely is a proposed constitutional amendment in 2018?

Although the casino community in Maryland sees sports betting as a vital issue, it’s not clear whether law makers in the state feel the same way. Those in the industry want to be prepared for taking immediate action, should the Supreme Court decision be favorable. But, Del. Frank Turner, who is the gaming committee’s vice chair, recently stated that although he felt changes were likely eventually, the issue could be considered in 2020 if this did not happen in 2018. It seems that he does not share Weinberg’s sense of urgency.

There has been much furore over the issue of sports betting in casinos across many states, including Maryland. Although Maryland does seem to be close to addressing the issue again, it is by no means clear that this will happen next year. After all, any decision from the Supreme Court is not likely to happen until spring 2018, which means that the state’s lawmakers are perhaps likely to see this as a non-urgent matter. 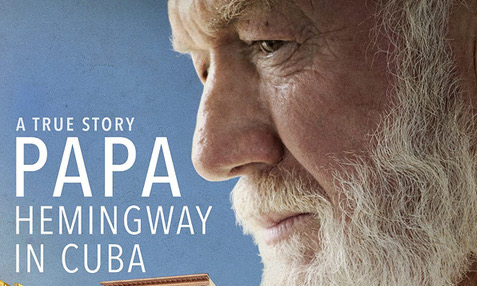 Papa Hemingway in Cuba: Movie is a Winner