LAS VEGAS — Clark County Sheriff Joe Lombardo spoke at the Prosecutors Against Gun Violence 10th summit Friday and sounded more like President Donald Trump when he described the press as mostly the “enemy.”

The Las Vegas summit called “The New Norm: Mass shootings in America” provided Lombardo with an opportunity to raise questions about whether something is missing in the Second Amendment to control people like Stephen Paddock who killed dozens of people and wounded hundreds more in the largest mass shooting in modern-day American history two years ago.

Lombardo, who is the highest law enforcement officer in Southern Nevada and the head of the Las Vegas Metropolitan Police Department didn’t stop there. He opened his mouth and once again confirmed why he should not be holding public office.

According to the Las Vegas Review-Journal, Lombardo made this remark about the media, “They could be your friend, but more often than not, they’re your enemy.”

Well  Joe, let me explain something to you.

The greatest threat to our democracy is politicians just like you who speak against freedom of the press, a right granted to us by the First Amendment to the Constitution of the United States.

Besides being a politician Joe, I’m ashamed to say that you also wear a badge.

What we don’t need is more hateful speech against journalists in this country.

Haven’t we seen enough violence against journalists in this country, without a law enforcement officer who should know better, adding fuel to the fire?

Shame on you Joe.

Another thing Joe. The media is not here to be your friend or your enemy, although in Las Vegas some journalists were more friendly to you, in lieu of doing what they should do which is report the truth, uncovering corruption and misconduct and calling you out when you failed to tell the truth to the public.

During the past two years, you were very selective in what interviews you gave to the media concerning the October 1, 2017 Las Vegas Massacre. You sat down with Las Vegas journalists who you knew would not call you out on the hard questions that should have been asked and who did not challenge you when you failed to tell the truth while sitting just feet away from them.

It was journalism at its worst and that does not serve the public well and that’s not what freedom of the press is about.

Could it be that they didn’t want to miss having dinner at Fleming’s Steak House with you?

Transparency is non-existent with you as we have seen time and again. If you need your memory refreshed just go back and read any number of articles that I wrote calling you out for not be truthful and transparent.

You worked your butt off Joe trying to make sure that the public would know as little as possible about the Las Vegas Massacre. Hell, you even went to court to fight the release of documents and evidence, only to lose that court battle.

Thanks to an honest judge, freedom of the press ruled once more.

While I am on the subject of transparency, why did you hire a law firm to stop the testimony of a corrupt cop in court who you believed would implicate more corrupt cops.

Care to talk about that to the enemy press Joe?

Yes, Joe, it sounds like you’re a real credit to American law enforcement.

Joe, not telling the truth seems to be something that is commonplace in your administration. Your Undersheriff, Kevin McMahill, as I reported the other day, failed to tell the truth on the Fox News documentary about the Las Vegas Massacre.

Yes Joe, as a mentor and leader you should be proud.

Joe, I heard you gave the order to your Public Information Office that they shouldn’t respond to any media requests from the Baltimore Post-Examiner. But Joe, that didn’t stop me did it. You finally built up enough guts to fire LVMPD Field Training Officer Cordell Hendrex back in March, who failed to act to save lives, however, you kept it a secret from the public until I found out about it and broke the story in June. One month later every other news outlet followed through but failed to give me any credit for reporting it first.

Joe, it’s no wonder that one reader said over a year ago, “If you want to know what’s going on in Las Vegas, you have to go all the way to Baltimore.”

While I am on the subject of the press Joe, what’s going on with the unsolved 2016 Land/Kauffman double homicide investigation and the allegations made by Judge Melanie Andress-Tobiasson as to why the murders happened?

Seems like that’s not newsworthy here in Las Vegas because I have been the only one who has been consistently reporting on it for months.

Joe, you haven’t told your friends in the Vegas media not to report on that, did you?

I heard Joe that some years back you tried to get a local reporter fired because he wrote some stories you didn’t like and then pulled his press credentials.

Joe, do you want to come clean on that?

Time and again the Las Vegas media let you skate right off the rink unscathed.

The worst mass shooting in modern American history occurred on your watch, Joe.

Your department was not prepared for that tragedy because of your failed leadership. You put political correctness ahead of the safety of your own officers and the public.

You still fail to answer many critical questions about that night, for instance, who leaked photographs of the crime scene to the news media thus compromising the criminal investigation.

Remember Joe when the Baltimore Post-Examiner broke the story that the homicide bureau was not allowed to investigate Paddock’s death and that the investigation was conducted by the Force Investigation Team that was commanded by Capt. Kelly McMahill, your Undersheriff’s wife? Right after my story broke why did you transfer her out of that unit?

And then you had the nerve to have your Internal Affairs unit call me to find out who my police sources were? Did you really think that an investigative journalist would release confidential police sources? You are truly a unique piece of work Joe.

I was told by members of your department that you had my cellphone tapped to try to find out who my sources were. That’s a federal crime Joe and a violation of freedom of the press. Didn’t do you much good though did it?

It’s no wonder that retired LVMPD Lt. Randy Sutton said that your own officers wouldn’t follow you into combat. That speaks plenty.

Apparently, it had to take the death of 58 people and the wounding of almost 500 others for you to wake up and finally implement measures that you should have had in place prior to October 1, 2017, which very well might have minimized the loss of life that horrific night.

Joe why don’t you tell the enemy press why is it that some cops in the LVMPD have gotten away with domestic violence and drunk driving over the years, while others get arrested and lost their jobs.

I’m sure the public would like to know why cops get away with crimes that citizens get arrested for.

Joe, you spoke on gun violence on Friday, good for you. But weren’t you the sheriff who disbanded the gang unit a few years back that led to a rise in criminal gang activity and gun violence in Las Vegas, only to have to re-instate that unit?

Here is some advice Joe. It is un-American and ignorant to call the American press an enemy. Be very careful about attacking the press. The power of the press is immense.

To quote Thomas Jefferson: “Our liberty depends on freedom of the press.”

Hey Joe, I am proud to be the enemy. But if I am the enemy, what does that make you?

‘The Aliens’ disappoints while acting shines at Studio Theatre 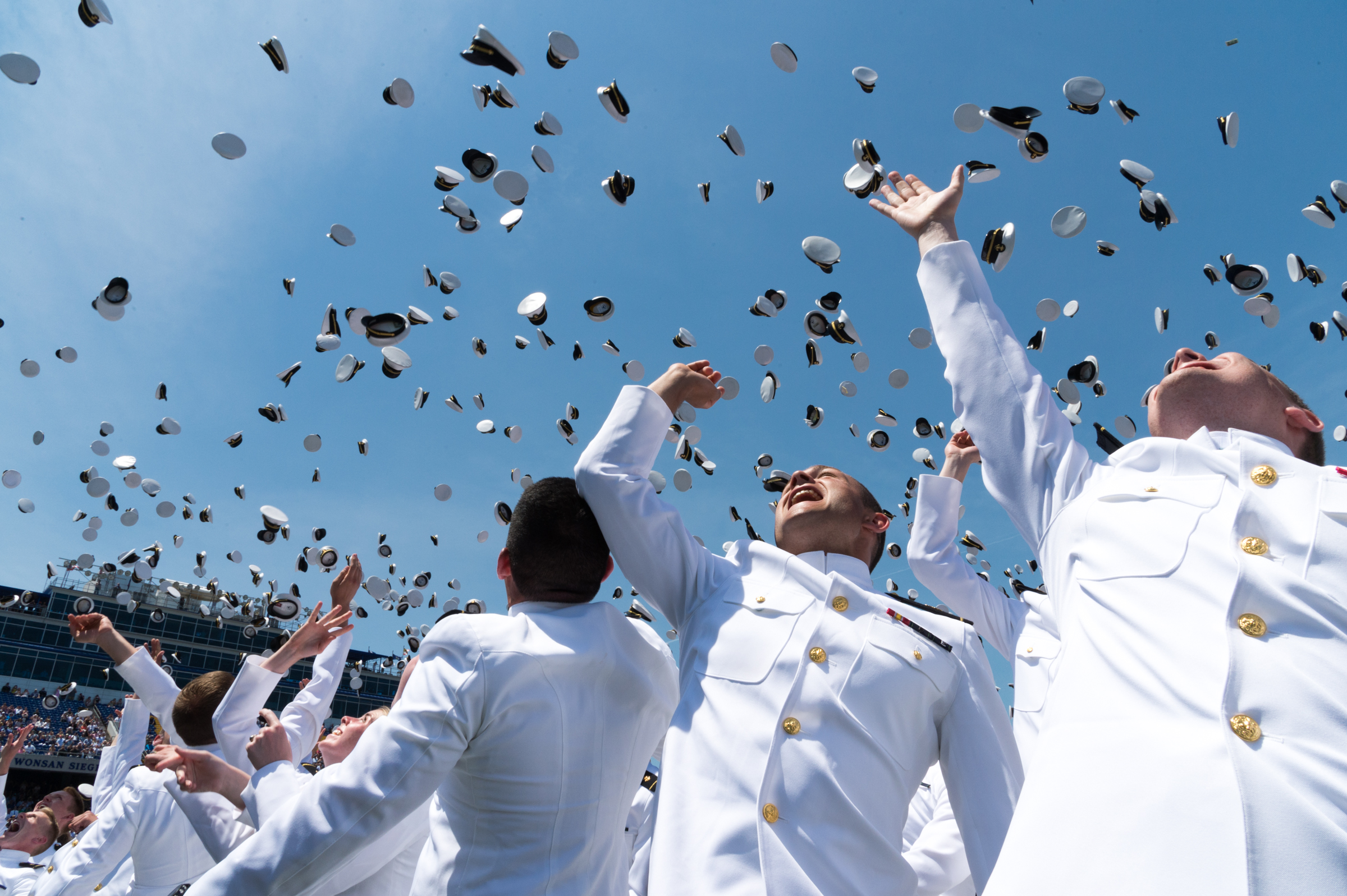 Congratulations to our heroes at the Naval Academy

5 thoughts on “Sheriff Joe Lombardo: More often than not, (the press) is your enemy”