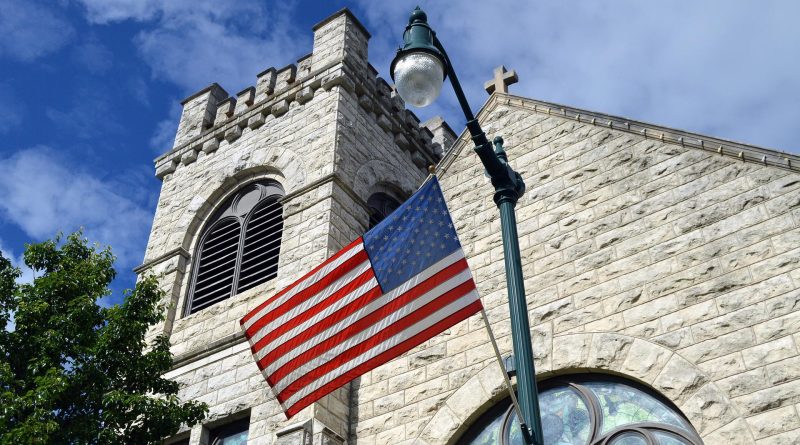 Was America founded as a Christian nation? (Image by Q K from Pixabay)

Jeremiah is one of my favorite books of the Bible. If you know the book, that may seem odd. It is a book of doom and gloom. Jeremiah is known as the weeping prophet.

The first chapter is a conversation between God and Jeremiah. God tells the prophet that He had a task for him since Jeremiah was in the womb. God ordains Jeremiah as a prophet to the nations (Jeremiah 1:5). Notice that God said “nations,” not “nation.” The vast difference between plural and singular is this – what Jeremiah prophecies is not only intended for Israel but all nations. Keep that in mind.

Chapter two of the book is a long list of condemnations – God tells them how they have sinned.

Chapter three begins with more condemnations but quickly turns to God’s mercy. In Jeremiah 3:12-13, God tells Jeremiah to preach to Israel that if they repent, He will forgive. God explains that His anger will not fall upon them if they repent. God will spare them from punishment.

Then in chapter six, the narrative changes. God continues to tell the people to repent, but judgment is coming regardless. In other words, the message changes from repent or else to “or else” is coming; you need to repent.

Remember, Jeremiah is a prophet to the nations. Where does the United States fall into this? In many of the indictments of Jeremiah chapter two, America is guilty. Jeremiah 2:13 speaks of two things God could have against us – forsaking God and placing our trust in things that do not hold water. These things include but are not limited to – wealth, entertainment, and false beliefs.

Some will interject here, “Wait a minute, Preacher! Is there a godly nation anywhere? Why would God pick on us more than any other country?”

I will give you that, but the difference between the United States and other nations is that we started as a Christian nation.

Okay, some are rolling their eyes, and some have stopped reading. The eye-rollers do not want to hear how America started as a Christian nation, and those that are no longer reading are unwilling to listen to thoughts they do not already think.

What did those that founded the nation say about Christianity?

We all know Adams as the second president of the US, but he was also one of the signers of the Bill of Rights. It does not sound like he thought that religion had no place in government.

“Providence has given to our people the choice of their rulers, and it is the duty as well as the privilege and interest of our Christian nation, to select and prefer Christians for their rulers.” – John Jay, Original Chief Justice of the United States Supreme Court.

“It cannot be emphasized too clearly and too often that this nation was founded, not by religionist, but by Christians; not on religion, but on the gospel of Jesus Christ.” – Patrick Henry.

Joseph Story, Supreme Court Justice appointed by James Madison and the “Father of American Jurisprudence” – “One of the beautiful boasts of our municipal jurisprudence is that Christianity is a part of the Common Law. There never has been a period in which the Common Law did not recognize Christianity as lying at its foundations. I verily believe that Christianity is necessary to support a civil society and shall ever attend to its institutions and acknowledge its precepts as the pure and natural sources of private and social happiness.”

There is no doubt the Founding Fathers believed they were establishing a Christian nation. That belief was so strong it prevailed into the 1800s.

In the 1900s, we removed the Bible and prayer out of schools, something that was unthinkable to the Founding Fathers.

In the words of Benjamin Rush, signer of the Declaration of Independence; surgeon general of the continental army; ratifier of the US Constitution; “Father of American Medicine”; treasurer of the US mint; “Father of public schools under the constitution” – “[T]he only means of establishing and perpetuating our republican forms of government is the universal education of our youth in the principles of Christianity by means of the Bible. The great enemy of the salvation of man, in my opinion, never invented a more effective means of limiting Christianity from the world than by persuading mankind that it was improper to read the Bible at schools. The Bible, when not read in schools, is seldom read in any subsequent period of life… [T]he Bible… should be read in our schools in preference to all other books because it contains the greatest portion of that kind of knowledge which is calculated to produce private and public happiness.”

America has forsaken God. He is unwanted in our government, has been run out of our schools, is nonexistent in most homes, and kept outside most churches (Revelation 3:14-22).

When it comes to Jeremiah, the prophet to the nations, and the United States, where are we? Is America between chapters three and six? Are we at the point of “Repent or else!” or are we after chapter six – “Or else is coming – repent!”?

What Kentucky’s Primary means to the nation