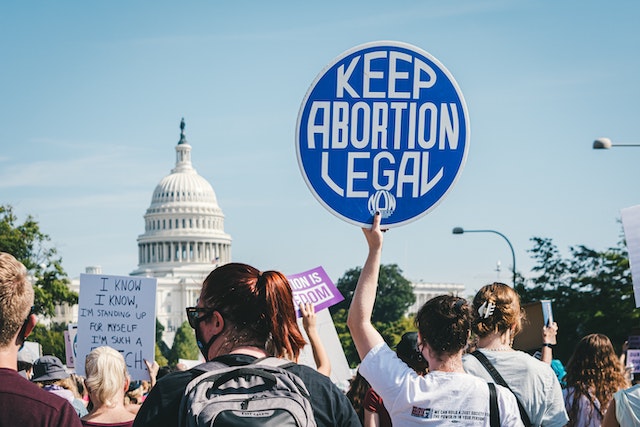 Photo by Gayatri Malhotra on Unsplash

The U.S. has largely had a liberal-leaning Supreme Court since the Roe v. Wade decision. Now, for the first time, the country has to digest that the Court will be conservative for the next several decades. Daily, I see the left-leaning horror spewing from the New York Times and CNN. My God, our lives are over because the Court is not fair anymore.

When has the Supreme Court ever been fair? The Court is political, and it shouldn’t be. No, the Times and CNN did not use the word “fair,” to be fair, but what concerns me is that our once creditable news media no longer exists. For conservative outlets, fair is right-leaning justices; for liberals, it’s left-leaning.

I’ve never been a fan of the Supreme Court for many reasons. First, the justices do not live in reality. Words matter more than people, and if any justice is conservative or liberal in their profession, they should be disqualified. As a social worker working with clients, I could not be political. Why should lawyers turn justices be political? Why can’t they keep their political bias to themselves? Law cannot lean to the left or right. Law should be objective. Subjective law is bad law, period. I think our whole legal system needs to learn a little professional and ethical discipline. They need to grow up.

Okay, there is no hope in that, so let’s move on.

Supreme Court Justices should never, ever stay on the Court for life. They should have 5-year terms and then be replaced. Keeping them on gives them too much power and leaves the Court outdated and in the dark on issues that matter to contemporary society. Of course, our lawmakers don’t want this because they are political, but if the president cannot stay forever then justices should not either.

However, if I put the abortion issue aside for a moment, I cannot help thinking that us liberals now know what it feels like to be conservative. We are forced with a Court that does not like us and has no interest in our interests. We have to just accept that people are different and want different things. If we try to make everybody the same, we have a term for that, fascism.

The right is just as capable of fascism as the left. In my view, both sides are moving to civil war, and it makes me wonder if Putin does not have a bigger hand in this then we think. We have come to a point in the U.S. were we really think that all people have to agree all the time. That is just not going to happen.

Let’s split the country into three parts: conservative, liberal and a tolerant purple. Those unhappy souls that are stuck in a state that does not represent their interests should be provided help to find a more suitable state if that is what they want. They can also just accept it, or they can advocate, but the advocating is likely to go no place. For poor individuals that are stuck in the city or countryside, groups need to mobilize to help them relocate. This is all on a voluntary basis of course. States can have no role in moving people. That would be a horrific scenario.

I don’t live in Texas, and you could pay me $200,000 per year to live there for nothing, and I still would not go. I promise. For me, Texas is the American version of the Taliban. I am sure they don’t care what I think, and that is fine, but Texans should know that I am happy for them to stay just the way they are. Just leave me alone.

It is true that most people hate the Supreme Court, and most people are against its reversal of Roe v. Wade because the real problem is that only a handful of rich squawkers have influence and know how to push buttons. We don’t live in a democracy. We live in a make-believe democracy. The Court is too happy to play dictator and to work against women’s rights, climate change, and any other issue that actually helps people. It’s never been about that. It’s been about some “higher” aim that has no practical value. They simply play linguistic gymnastics with language and give the appearance of an actual court.

Abortion is divisive. As I have wrote previously, I don’t like abortion. I’ve stated my case before, so I won’t bring it up now. Besides, as a male, I don’t think I have as much weight on the matter than women do.

However, I am also a grownup. Real life is hard. Sometimes decisions are tough. I think this is an issue that only women can decide because we see it all throughout the human and animal kingdom. If mom cannot take care of the kids, the kids are gone. The fetus may not be her body, but her body needs to care for it and bring it to term. When a man can carry a baby to term, then he will get a say. Until then, he needs to be careful where he puts his sperm.

A woman has to have a say in it, like it or not.  She makes the decision, not a bunch of conservative mostly old men and a woman that proved just how childish and naive she is. I agree that our lawmakers want to put their hands all over our daughters’ bodies. There is something about women, girls, and sexuality that our nation just has to totally control by making us emotionally out of control. They won’t tell us why.

Also, with abortion gone, get ready for orphanages where kids being abused sexually, physically, and emotionally will skyrocket. There will be more homeless kids, dying teenage girls, incarcerated kids being charged with murdering kids, and the list goes on. The abortion issue has never been about saving kids, just like child protection has never been about protecting kids. These are issues used by lawmakers to suppress some people over others and a tool to make people brim with emotion.

No, it won’t affect conservatives because when—and it is a question of when—their teenage daughter becomes pregnant with “that boy’s child,” suddenly she will be whisked away to a certain state to have a certain procedure that we will just call a “special operation” instead of an abortion.

If we don’t know it, it didn’t happen, right? It seems we and Putin are closer to one another than we think. As always, the people that will suffer are the poorest, mostly female, and People of Color. Don’t worry about the justices’ and the governor from Texas families. They will do just fine.

Wine in the Woods and rain: Absolutely nothing to wine about!