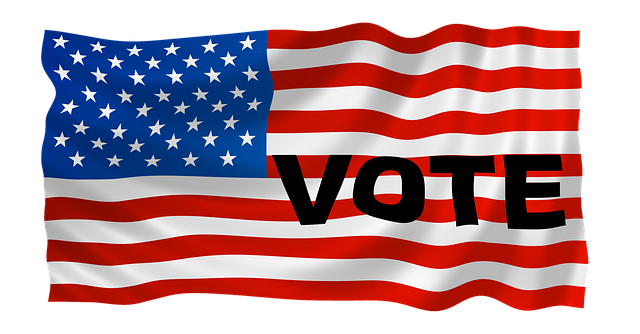 Tuesday, 9:52 AM.  I arrived a few minutes early outside the frosted glass door to the offices of Dr. Brad Williams, Ph.D. Psychology.  I admit to being apprehensive about what would be my first ever visit to a therapist, but then he came highly recommended. Opening the door, I saw a pleasantly attractive young woman pondering who knows what. She was busy, looking somewhat desperately through papers strewn across a small desk to the right of another frosted glass door. She seemed fraught with anxieties of her own which, for some reason, made me feel better about being there. “Maybe Dr. Williams hired one of his patients to work for him,” I thought to myself.

Hesitating for a moment, she seemed almost reluctant to introduce herself.  “That would be me.”

“Yes.  Is that a problem for you?” she said forcefully.  But then she smiled like crazy, stood up and I realized she’d just been kidding.  “Come on.  Let’s get to work.”  Opening the inside door, she gestured with her hand for me to go first.

Inside, seeing the trees outside the wall of windows on the other side of her office was reassuring.  I sat down on the small couch across the coffee table from where she sat in an upholstered wing chair.  Holding the yellow pad and pen that was on the seat of her chair, she was ready to go.  “So, what’s up?  The message you left… my receptionist…  She’s out today. …sounded urgent.”

“I’m having trouble sleeping.  I feel out of sorts.  I’m not happy.  I feel… unresolved.”

“I have no idea what you’re talking about.  Just tell me why you’re here.  If it’s not sexual, what is it?”

“Really?” She sounded relieved.  So was I.

“You see, I’m a registered Democrat.  I live in Howard County, but I think I want to vote for Kittleman, the Republican candidate running for County Executive.”

“What’s wrong with that?”

“What’s wrong with that is Andy Harris!  …Sorry, I didn’t mean to raise my voice.”

“The incumbent Republican candidate for Congress running on the eastern shore?”

“Actually, his district is on both sides of the Bay.  It’s huge.  More chickens than people.  But yeah.  That’s him.  I want to vote against him, but I can’t.”

“Because you don’t live there?”

“Right.  So now I have to vote for Calvin Ball, the incumbent Howard County Executive.”

“Hm.  I don’t understand how those races are related.  Ball’s a Democrat.  Did you vote for him last time?”

“But now you think Kittleman will do a better job?”

“Yes, but that’s not the point.  …I grew up in Annapolis and, if I still lived in Anne Arundel County, I’d want to vote for Jessica Haire, the Republican running for County Executive.”

“Why?  You think she’ll do a better job than Pittman?

“Yes.  But…” the anxiety in my voice and body language was obvious.  “But her “duct tape” commercial which was one of the best 30 second candidate spots I’ve seen.  I wish I’d written it.”

“No.  Well, yes, but that’s not the point.  Even if I lived there, even though Haire may be the perfect candidate to replace him, I’d still vote for Pittman.”  Dr. Williams cocked her head slightly to the left, said nothing, but was clearly trying to figure me out.  “…Don’t you see how conflicted I am?  There are Republicans I want to vote for – Heck, I voted for Hogan both times! – but I can’t.  Not this time.”

“And why is that?” Dr. Williams asked.

“Because…  Because I feel like I have to punish all Republicans.  …Geez, my parents were life-long Eisenhower Republicans and they were really nice people.  I feel like I’m disrespecting them.”

“It’s okay,” she said, leaning forward in her chair to reassure me.  …Talk to me.  What is it about Republicans that’s bothering you?”

“Well, as you probably sensed, I’m generally a positive-thinking person.”

“I’m sure I would have sensed that eventually.”

“I like to think we can figure our way out of anything.  Even climate change, you name it.  But lately, Republicans have become the party of ‘No.’”

I stopped for a moment to take a breath.  “…No ideas of their own.”  I started slowly, in one of my lower tones, anticipating building to a big finish.  “No integrity.  No concern for their constituents, just hellbent on holding on to elective office, whatever it takes.  …No courage to stand up to a dangerous wannabe despot, to admit that their largely self-proclaimed leader is, in fact, as dumb as he is nuts.  No real, meaningful reluctance to follow the idiot and his disciples to Hell and never come back.”

“Wow.  Alrighty…”  She began playing with her pen nervously near her face.

“And I know how all this sounds.  And, and I know I’m talking too much and too fast.”  Where else better to spill my guts than in front of my therapist.  “…They’re the party of ‘No,’ because they’ve been reduced to a mindless, forever negative group that knows nothing other than opposition, without even the hint of creative positivity.  The party of ’No,’ as in ‘No ideas of their own.’  …The classic distinction between liberal and conservative is dead – and they’re the ones who killed it.”

“Okay, okay.”  It was time she calmed me down – maybe so I wouldn’t risk exceeding my words limit for this piece.  “I get it.”

“Instinctively,” she explained, “by education and upbringing, you want to be bipartisan.  Vote for the best candidate.  Work with the other guys to figure it all out.  You’re one of the good guys, but you’re angry and feeling helpless.  And now you think it’s up to you, personally, to punish all Republicans, whatever the implications for better government.”  …Relieved to see the look of despair dissipating from my face, she clearly felt good about what she had accomplished.  “So, am I right, or am I right?”

“So, you’ve seen this syndrome before?”

“Absolutely.  …It’s particularly insidious this close to an election.”  And then, somewhat unexpectedly, she added, “It’s unbelievable, isn’t it, that I get paid for giving advice, but I do.  Your problem is that you’re missing the point.”

“This is petty behavior.  You’re better than this.  You can’t punish all Republicans just because some of them are screwy any more than…”  She paused for a moment, fiddling with the rather impressive engagement ring she was wearing.  “…any more than you would punish all men, for example, just because a few of them, maybe one in particular, might be a jerk.”

“Are we still talking about me?”

“Vote, don’t vote, for whoever you think is the best candidate, regardless of their party affiliation, and it’ll all work out.  There’s enough stressful stuff going on already without you making it worse.”

And for the first time in a while, I felt…  I felt calm.  I felt relaxed.  “Thanks, Dr. Williams.  That was really helpful.  Worth every…  Wait a minute.  How much do I owe you for today’s session?  I was so upset when I called, I forgot to ask your receptionist.”

“What?!”  But then, the fact was, I didn’t have any buyer’s remorse.  Far from it.  Her advice, her delivery, were right on the money and well-worth it.  So, I thanked her properly and got up to leave.

“No problem,” she said standing up to follow me out.  “Give me a call if there’s anything more you’d like to talk about.”

“Of course.”  And I left, just as an older, well-dressed gentleman was on his way into the waiting room.  “Good morning,” I greeted him casually.

“Oh, hi,” he responded as if he knew me.  “Were you my 10 o’clock?  My niece…  My receptionist should have called to tell you I’d be running late.”

Turning around, there she was again, fumbling through papers on the little desk in the waiting room, looking up and smiling at me.

Juvenile incarceration is a child’s nightmare

One thought on “Missing the Point – Full disclosure, I have Political Party Dissociative Disorder”