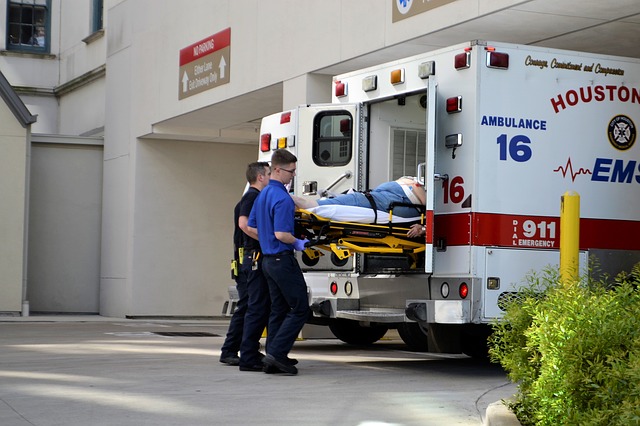 Half of all those in the United States have experienced a traumatic event, according to experts at the University of Buffalo, Many have experienced repeated trauma and are never treated for such trauma.

To add to this, social media and news loops are filled with awful news, often blurring fiction from reality. A recent ad for a bloody horror film ran just under a CNN story of a mass shooting. The film showed a woman covered in blood.

The White House reminded all of us a couple of years back that there are alternative truths as did Donald Rumsfeld and his “unknown knowns.” Not only is violence and trauma connected to real-life events, but such is also immersed in our dreams, fictions, and fears.

Why do people like bad news over good news? Because when there is a threat of a bear chasing us, we cannot think of anything else but the bear. Add this to our need to get attention and be noticed, and our obsession with violence and rage starts to become clearer.

A guy that dies trying to get that perfect selfie with a squirrel wants to be popular and is willing to risk falling off a ravine to do it. He may seem stupid to some of us, but his actions are deeply rooted in our biology and evolution, so are kids swallowing laundry detergent.

A girl may starve herself to look popular, a guy uses steroids to get “chicks,” and the active shooter kills to finally prove once and for all that he is a real man.

There is a reason why some guys are more popular than others, the bad boys. Even President Trump is a kind of bad-boy destroyer that shatters everything he touches. Such men, though, own these dancing trauma bears, and they are the ones that set the bear upon us.

Politics and Trauma, A Recipe for Political Success

Maybe our president’s success has more to do with his supporters’ fantasies than the starker reality looming over our polluted horizon: there is comfort in knowing that one can be above, law, morality, even all of society. Such is a kind of devil but god, almost a blind trust in something that never wins trust. We all want to be like him, the ultimate bad boy. Wouldn’t it be nice to kill a person and get away with it publicly? No, most don’t want to kill, but they’d still like to get away with it. After all, he makes the trauma bear dance.

While I was attending Columbia University, we watched a video of a surveyor. They were holding up charts of two countries and asking which one, in terms of economic balance, people liked the most. Almost every person picked Norway’s (thinking it was the U.S.) because there was so little economic disparity. Here is a graph that shows just how bad the U.S. is compared to Europe.

They were shocked to find out that the United States has one of the worst economic disparity rates in the world, with 1 percent holding almost all the wealth in the country, a surer sign of a dictatorship or plutocracy than a democratic republic. The bear keeps the hidden truth.

One young women’s response showed just how troubling. She said, she’d take the U.S. system because at least she can dream of being that less than 1%. She can, and watch billions try to survive on $1 a day. In the U.S., the American dream is just that, a dream that kills.

And so we have it, a political system that manufactures that traumatic bear looming down upon us. As he chases us, we all hope for a bad boy that will save us from the very bear our political process births. Our politicians, the circus masters, cause our pain and then promise to take it away. With a golden ring in its nose, the fearsome beast is no more a puppet in a show spinning with distractions.

There is Little Thinking in Running

We are distracted from the real dangers: our urban kids living in ghetto war zones, severe rates of domestic violence, a student loan epidemic, the drug overdoses that kill nearly 70,000 per year, and an earth that, according to hundreds of scientists, is dying.

In our made-up fear of sex offenders attacking our children on Halloween, little is made of the daily violence kids commit and experience like the girl shot by a teen trick or treating. I guess she was just in the wrong neighborhood.

We don’t see such kids or communities as America.

Where are the police lock-ins for gun violence? Why don’t the police sweep middle to upper-class white communities for cocaine? They will likely find more there than in the red-lined ghettos.

Where is the police presence in at-risk neighborhoods? Every day kids wander without parents, join gangs, or self-medicate to escape their American reality. Are such dreams only for wealthy white kids?

Not all white kids are privileged. Rural kids are excluded, the “fly-over” people, the very people whose farms feed all of us every day. We may have liberal ideas but are fed by conservative-made food.

We are too busy being chased by bears, and the pain and suffering in our society can only be seen in the shadows, the corners of our gentrified societies or in a small outdated cell in our cash-strapped prisons.

We are not afraid of our masters, only their bear that chases us.

Trauma is serious, but the bears that chase us are largely manufactured by public competition for attention. The danger is very real, but the danger is also natural, as natural as nudity–fine in our chapels but pornographic online–and as natural as our fear of bears, and of dying.

Our personality and culture, our history, does not make us free individuals; rather, it’s our being aware of the people and systems that oppress us. Every person has a motive, and every bear, a life-long victim.