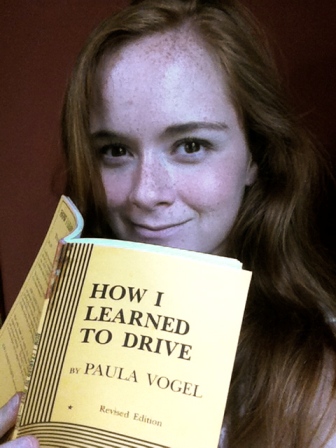 An audition takes preparation and it can get as nitty gritty as you want it to.  I had a professor in college who said a good actor has a good monologue book. So like singers should have a book of songs they can sing at the drop of a hat, so should actors have a book of monologues they can do (that sounds dirty) or act at the drop of a hat. So (according to my smart and slightly arrogant acting professor) to ensure goodie-goodie actor status and fill your monologue quota, you must find monologues that fit the following categories and criteria:

Contemporary Comedic: This monologue should be funny, age-appropriate, and written in the last 10 years or so.  Think characters written by Tina Fey like Regina George and company (from Mean Girls).  I personally prefer some of the monologues from He’s Just Not That Into You because they’re, admittedly, just that relatable.

Contemporary Dramatic:  This monologue should be serious, age-appropriate, and written in the last 10 years or so.  For girls my age (20s), think Mandy in Time Stands Still or Lil Bit in How I Learned to Drive.  They’re edgy and gritty, but also strong and unwavering.  A powerhouse of youth.  What up?!

Classical Comedic: This monologue should be funny, age-appropriate, and written before the 19th century or so.  If you aren’t a classical monologue kind of gal, stick with Shakespeare.  He’s the best of the best.  Find a nice Phebe (As You Like It) or a good Helena (A Midsummer Night’s Dream) and you’ll be good to go.

Classical Dramatic:  This monologue should be serious, age-appropriate and written before the 19th century.  Again, Shakespeare can’t steer you wrong.  Take advantage of playing Juliet and Viola while you can.  Also, it never hurts to have a strong Rosalind under your belt.  …bIf you don’t know who these characters are, forget the monologue book and go read a few plays.  Then come back to me and we’ll start again.

These monologues serve as the actor’s foundation.  Once they’re in place, you can expand your repertoire and have a little fun.  Fun can look like the following:

The Character Monologue: This is the quirky person with the eye twitch or limp that you pull out on special occasions (like when the casting director wants to see even more after your Viola was amazing or your Virginia Tech Engineering Major of a cousin told you for the third Christmas in a row that “anyone can act”).  I’ve gone so far as to put a cardboard box over my chest and deliver a monologue about the potential danger that would ensue if one was to look at my breasts.  The quirky character is effective (my cousin refuses to look up from his egg nog now).

The Other Language: If you can wow the casting director with your bilingualism by making what you’re saying clear to them (even when they don’t speak Mandarin or Portuguese or Gaelic), you’re in.  They’ll cast you.  In something.

The Combined: The character monologue in another language makes for a double threat that no one, not even your cousin, will see coming.  This, of course, sounds extreme and slightly impossible.  I didn’t think it was possible until my acting professor turned me on to a fractured fairy tale website of sorts with your classic Cinderella, Sleeping Beauty and Little Red Riding Hood all written in gibberish.  This way it’s up to you to decide what the words mean and how to tell a clear story of Little Red Riding Hood using nothing but nonsense and a good old-fashioned twitch in your eye.

The most important thing to remember when composing your Audition Bible is to pick pieces you love.  Pick characters you like and relate to.  Pick characters who say what you would say if you were in their shoes.  If you pick a character you enjoy, you’ll bring your best to the character and the character, in turn, will bring out the best in you.

On that note – I’m personally a huge proponent of choosing your own monologues for yourself.  No one knows you better than you do and you will have the clearest sense for the best text to show off your best self in the audition room.  … Break a leg!