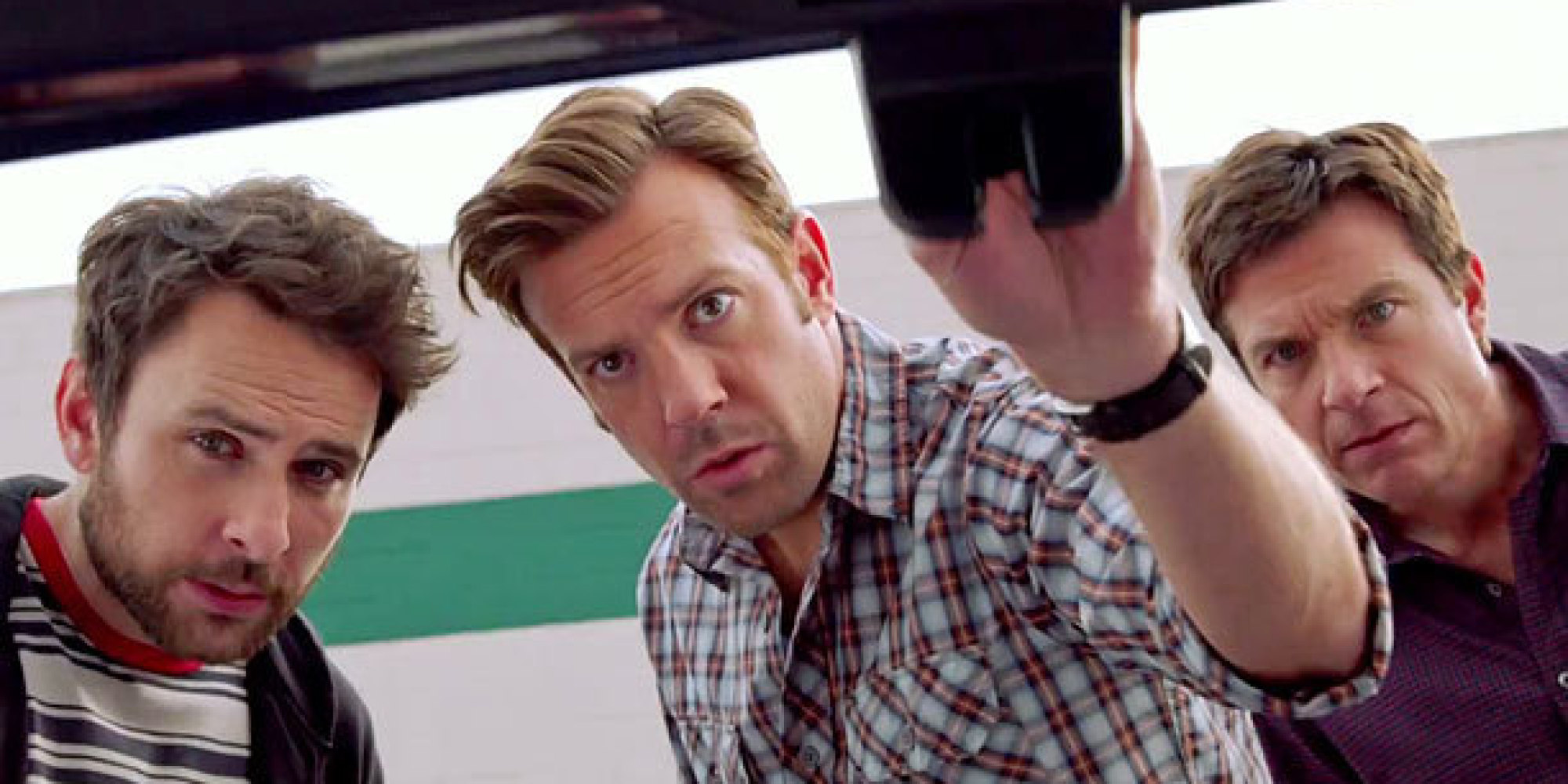 The Three Vulgar-teers, better known as Jason Bateman, Jason Sudeikis and Charlie Day, are back – and they brought their racist epithets, sexual innuendo, and utter buffoonery with them in Horrible Bosses 2.

Three years after Nick (Bateman), Kurt (Sudeikis) and Dale (Day) tried to kill their bosses, the trio looks to become their own boss through their invention of the “Shower Buddy,” which dispenses soap, shampoo and conditioner from a shower head.

A horrible idea becomes worse when the guys unleash a racial epithet and an onanistic sight gag while filming a live TV news segment. But then it gets really, well, horrible, as the guys strike a multi-million dollar deal with the CEO of a retail giant (Christoph Waltz) who promises millions for 100,000 “Buddies,” only to renege on the deal with the intent to put the guys out of business so he can buy everything for pennies on the dollar.

The plot is simple, but let’s face it, you’re not going to see Horrible Bosses 2 because you think it’s going to be a cinematic masterpiece. You want to see if it lives up to the first one, which had audiences laughing all the way to the bank, as it grossed more than $117 million domestically ($209 million worldwide) in 2011.

Horrible Bosses 2 is perhaps the funniest movie of 2014, as it’s up there with Neighbors and The Other Woman, and it trumps Dumb and Dumber To, which should set up quite a box office showdown this weekend.

Nick, Kurt and Dale don’t discriminate: they take verbal jabs at everyone, including women because in Kurt’s words “if I’m the boss, I should be able to stock the pond” when it comes to hiring a workforce of super sexy women with no applicable skills other than pretty faces and big breasts.

The chemistry among Bateman, Sudeikis and Day carries the movie, as Bateman’s ability to dead-pan lines, Sudeikis’ quirkiness and Day’s stupidity allow the movie to flow seamlessly, creating waves of jokes.

Director Sean Anders, who is moving to the top of the comedic totem pole with a resume that includes Dumb and Dumber To, We’re the Millers and Hot Tub Time Machine within the past four years, simply takes the first Horrible Bosses and makes it better.

Harris, who uses her office to treat cavities by day and other cavities at night, is hysterical as she uses her participation in a group for sex addicts as a front to try to feed her lust for men – and women. Aniston and Sudeikis were great together in We’re the Millers, and the humor Aniston provides as she objectifies men provides the perfect complement to Kurt and Dale’s bluntness towards women.

Meantime, Foxx is even better in his expanded role as he advises Nick, Kurt and Dale how to kidnap the son (Chris Pine) of the CEO who destroying their business – and their lives. The kidnapping angle lends itself to some funny moments, including one with a toothbrush that had half the audience laughing and the other half squirming, and a plot twist that typically is absent in comedies.

But Pine, since he’s used in small doses, blends well with Nick, Kurt and Dale. Horrible Bosses 2 is the quintessential sequel because it expands on the original, taking what worked in the first film and making it better, funnier, and yes, raunchier.

Just like its predecessor, Horrible Bosses 2 is polarizing: if you like objectifying jokes about women mixed with lewd sexual humor, then there’s nothing horrible about this film.

CW: Not just for tweens