WASHINGTON – Florida’s cities and towns are recovering Monday from Hurricane Irma, which has been downgraded to a tropical storm after battering the state in a widespread path of destruction over the weekend.

At least six deaths in Florida have been blamed on Irma and more than 5.8 million homes and businesses in the state lost power.

The storm continues to threaten northern Florida, the Carolinas and Georgia with heavy rain and wind as well as storm surges of up to six feet. Winds as fast as 60 mph are predicted for Georgia and at least 30,000 people have aleady lost power in Savannah.

Irma made landfall in Florida as a Category 4 hurricane at 9:10 a.m. EDT Sunday on Cudjoe Key in the Lower Keys, with maximum sustained winds of 130 mph and a storm surge of 10 feet, the National Hurricane Center said. The Lower and Middle Keys took the brunt of the storm in the Keys, although Key West fared better than expected and has reported no fatalities. There is currently no water, electricity or cell-phone service in the Keys, Monroe County Commissioner Heather Carruthers said.

Water is receding from parts of downtown Miami that flooded, with as much as four to six feet of water in the financial district. Bonita Springs, Naples and Orlando also experienced flooding and heavy winds. A record storm surge in downtown Jacksonville has flooded streets and forecasters predict the water could rise eight additional inches.

Miami Beach Mayor Philip Levine said the city is still closed but residents will be permitted to return Tuesday at noon EDT. He said a night curfew is still in effect.

A total of 7,000 members of the National Guard have been activated in Florida to assist with rescue and recovery efforts. 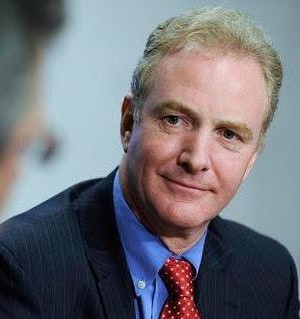 Van Hollen: Ending TPS would hurt both Maryland’s and the nation’s economy