You may have seen an article that came out recently on the Esquire magazine website in which Aaron Goldfarb claimed to have learned a trick from Jim Koch about how to drink all night and not get drunk. The trick? Ingesting active dry yeast (mixed into yogurt to make it palatable) before drinking.

That article went crazy on my little corner of the internet, possibly because so many people I hang out with are professional drinkers… ahem, I mean booze writers (and/or enthusiasts).  We all want to know the same thing.

Does it really work?

So I set out to test it.  And I have some results to share with you.

But let me preface all of this by saying don’t try this at home! The yeast trick, at least in theory, metabolizes alcohol and breaks it down into byproducts, some of which may be toxic, in your stomach.  Your body isn’t designed for that.  You shouldn’t do it.  I shouldn’t have done it.  Do as I say, not as I… yeah.

The biggest question most people ask is why anyone would want to drink and not get drunk.  For many, the goal of drinking is to get drunk.

For me, it’s not.  I love whiskey so much that I get bummed out when I reach my intoxication  limit and have to stop.  It’s not the buzzed feeling I’m after (at least not most of the time).  It’s the flavor.  If they made non-alcoholic bourbon that really tasted like real, good bourbon, I would totally drink it.

I like the relaxed feeling of one or two glasses of whiskey in an evening, but beyond that, I would like to just keep tasting that taste without getting any more “relaxed.”

Realistically, I’m too nervous about the possibly toxic breakdown of booze in my belly to use this trick with any kind of regularity, even if it does wind up working.

So why test it then?

Because booze plus science equals yes!

Someone has made a radical assertion.  It’s about booze. Therefore I must test it!  I’m like the Mythbusters of alcohol. I’m testing it because it’s there to be tested.

Remember the Mythbusters in which they tested whether Chinese water torture is really torture?  They’re not endorsing torture. They’re not planning on torturing people after the experiment.  They don’t want you to rig up a Chinese water torture rack to use on your friends and relatives.  They’re just testing it… you know… for science and the advancement of human knowledge and stuff.

Same with this.  I won’t use this trick in the future and you shouldn’t either.  I just want to know, and I know you do too!

I did my little experiment over a three night period, one experimental condition each night.  I borrowed a breathalyzer, bought some yeast and yogurt, Jameson Irish whiskey and McClure’s pickles, and we were good to go.

Why pickleback shots?  Well, when I first saw this ludicrous claim, that eating yeast would keep me from getting drunk, I did what I always do when someone makes a ludicrous claim.  I went to snopes.

In the snopes article, they had some information about the data from a patent application on this method, and all of them used 80 proof booze diluted with an equal part water, or lower ABV beverages.  Also, my smart friends told me that straight whiskey would just kill the yeast, so I figured I would dilute it with an equal part pickle brine.

The snopes article was also the source of my nervousness about toxic byproducts and stuff.

In the end, the snopes assessment is that the accuracy of this claim is “Undetermined.”  And I can’t leave an unanswered question just lying there.  Enter… science!

Well, not science.  If this were real science, I would have more than one subject.  And I would have had the same dinner all three nights.  And I probably shouldn’t have been day drinking sangria earlier in the day on one of the days.  But my BAC was back down to zero by the time I started the experiment, and all three dinners were fairly comparable in terms of heaviness and quantity, and I waited the same amount of time after eating to start drinking all three nights.  Blah blah blah.

Night one.  The “control” condition.  (That is, just drink.)

I did a pickleback shot every ten minutes.  That seems kinda steep, I know.  But here’s the reality.  I have a pretty high tolerance for booze.  At my normal leisurely pace, I can already actually drink all night and not get drunk.  I didn’t know what it would take to get me drunk, but I had a sneaking suspicion it would be more than 5 drinks in a relatively short amount of time.

I tracked my BAC with the breathalyzer after ten minutes, just before taking the next shot.

The second night, I did the same, but mixed a tsp of the yeast into a little bit of yogurt and ate that after the breathalyzer and before the shot.

The third night, I ate the yeast again, but left out the pickle brine to see whether it would work with straight whiskey.

Here are the results.

The yeast definitely kept me at a lower BAC level when eaten before each pickleback shot, roughly a 40% reduction at most points in the evening.  That’s pretty substantial!

In exchange, I was constantly reminded that there was some sort of chemical reaction going on in my stomach.  I burped.  Nonstop.  Like every minute or two.  All night long.  I felt bloated, and frankly, kind of gross.

Since beer makes me feel bloated anyway, I honestly can’t imagine trying this with beer.  Blech.

It seems that the straight whiskey just killed the yeast.  There was no effect of the yeast.  In fact, I got drunker faster with straight whiskey than I did with the pickleback shots, although that difference leveled out by the end of the night, maybe because I was adding yogurt to my stomach as a kind of “dilution.”

Obviously, fellow scientists, yes, I should have eaten yogurt without yeast for the control condition.  I know, I know.  And I should have had my husband mix a grainy non-yeast substance into the yogurt so I would be blind to condition.

But anyway, results aside, here are some other things I learned from this experiment:

1) It takes 7 standard drinks in 70 minutes to get me over the legal limit to drive.  That’s frankly a bit horrifying.

2) My personal subjective line for “I’m too tipsy to drive” is much lower, around .03 BAC.  This was my first time playing around with a breathalyzer, and I was shocked at just how drunk a BAC of .08 is.  It’s quite drunk.  Sloppy drunk.  Dropping things drunk.  I am almost never at this level in real life. For those who know me, .08 is like my birthday drunk. After this experiment, I really feel like the legal driving limit should be much lower, like .04 or .05.  Don’t drink and drive, y’all.  Seriously.

3) I would fail the line-walking field sobriety test with a BAC of .10.  I actually took video of myself failing, but I was pretty potty-mouthed every time I balance-corrected, and it’s probably not a good idea for me to have video of myself sloppy drunk on the internet.  So let’s settle for a screen grab from the video instead.

5) Oddly, I also passed it the night I drank straight whiskey with the yeast.  In general, although my BAC was very high that night, I didn’t feel nearly as drunk as I had with a similar BAC in the control condition.  I felt fine, and that was backed up by my stellar performance at line walking and turning around on one foot without falling down.  If I hadn’t had the breathalyzer, I would have thought the yeast worked on straight whiskey.  I didn’t get the burpy bloated thing with the straight whiskey though, and obviously my BAC indicated that the yeast didn’t work.

So, in conclusion… does the yeast trick work? I’m going to give it a pretty solid yes with beverages of 20% ABV and below and a no for straight whiskey unless you’re drinking water with your whiskey.

But even if it works, it’s not really worth it.  I felt gross with what was going on in my stomach, and I don’t need to be burping every few minutes when I’m supposed to be out having a good time.  Also, you know, the possibility of toxic byproducts.  Don’t forget about the toxic byproducts!

Still, it was fun being a guinea pig for your amusement and edification. 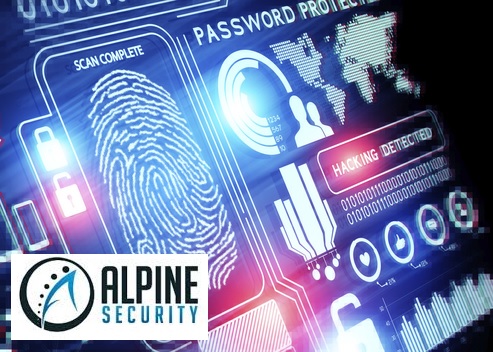 Understanding the Mind of Kenyunna