The 200th anniversary of the War of 1812 is upon us here in Baltimore.

The tall, wooden sailing ships of many nations are in the harbor, decked out like peacocks for the celebration.  The war brought to eminence American naval prowess against the British and opened the path of expansion for this nation in our many times cruel and unbridled march to the Pacific coast.

The war also signaled to the Europeans that indeed, the U.S. was going to do things its own way, not theirs.   That the Native American culture and people who once populated this land would be all but annihilated in the march was, in its time, a small price to pay for those who believed in the American republic.  Dishonorable and murderous behavior be damned they thought, for we are the Americans and we have an edict under Providence!

It may be hard for us to think in terms as those set out by our ancestors of the 19th century.  Still, we must.  It may also be wise to take a moment and look at what this ‘rights of the individual without King’ nation was in 1812.

In 16 states, there were 7.2 million Americans and almost 1.2 million of us were slaves.  Half of us, women would not get the vote for more than 100 years to come while landless white men had only recently gotten that right.  The Civil War and Emancipation were still 50 years in the future as was the onset of waves of immigrants, by the millions, from a much poorer Europe.  To some, the world of 1812 was the ideal America.  For others, it was but a baseline of things to come in that linear yet inexact work of creating a ‘more perfect Union’.

In 2002,  then- Baltimore Mayor Martin O’Malley started a campaign called ‘Believe.’  His administration plastered huge ‘Believe’ banners and stickers all over town along with t-shirts in the hope of inspiring this city to begin again the process of trust in itself.  ‘Believe’ faced a host of criticism from cynics and those who thought it a public relations ploy to keep the public’s eye off what O’Malley might be up to.  Yet, in the years since its inception, with other campaigns having come and gone, O’Malley’s campaign is most remembered.

‘Believe’ with its unabashed, one word approach left itself open to attack.   The ’Big Apple’ campaign in New York in the 1970’s suffered similar abuse for its hopefulness.  Even the Rolling Stones partook in the feeding frenzy with their tune, ‘Shattered’.

Baltimore did much the same.  We still see ‘Baltimore Behave’ bumpers stickers and director John Waters jokingly changed the lettering of his banner to read ‘Be Evil’.

Wisecracks and good songs aside, the point was to be hopeful if even a little naïve where no one else was.  Ask any person of faith, when you believe and have hope, you leave yourself open to abuse.

It was during Fleet Week, many years ago now, that my father and I encountered five Japanese sailors asking directions to the harbor.  These young guys, younger than I was then, directed their questions to my father as a sign of respect for the elder of us.  When I realized my father had suddenly turned red, obviously nervous and unable to answer the sailors, I quickly piped up, giving them directions and bidding them adieu for us both.

I then sat my father down on a park bench.  It took several minutes for him to relax and explain his reaction.  He hadn’t seen a young Japanese sailor since he was their age and fighting them almost fifty years earlier.  It was then that he reminded me of the first Japanese soldier he ever saw.  It was in New Guinea.  He was dead, spiked through his head to a tree with an Australian bayonet.  That was early 1943, his first days overseas and it was then he understood what kind of war he was going to be a part of.

One hundred thirty years stood between the War of 1812 and when my father landed in New Guinea.  In 1812, many black American men chose to fight with the British against the option of continued enslavement and women as yet had little legal standing.  A nation born of the decision that the divine right of kings was wrong was only beginning to understand what was right about republic.

I recently sat at a meeting with members of the city council concerning the murder of Jerry Isaacs, whom you already know from this column.  When I brought up witness intimidation, the talk turned immediately to the mistrust of police and the perception of the agency’s inability to protect witnesses.  I thought, ‘are you joking?’  I reminded them that their mistrust was not why we were gathered.  Murder was the issue.  Still, they quibbled and prattled on while I thought of a gentleman I’d met just weeks ago at a bank on Roland Avenue.

He stood behind me in line.  When I turned I saw a wrinkled man in his eighties, wearing a hat with Patton’s 3rd army logo on it.  I shuddered immediately as I impulsively reached out my hand, thanking him for his service.  He kindly smiled, wearing his hat proudly, much as he may have when he was younger and surely taller.  When I asked him how his experience was, he did not hesitate in telling me he would it again.  Again I shook, still holding his hand.

Here was a man, a black American, who served equally in an unequal military that was not integrated until 1947.  A man who marched and killed across France and into Germany as my father had in Asia.  A man who believed in what he was doing even if this nation did not yet believe in him.  As I endured the petty bitching of city officials, I thought, ‘you don’t get it.  He served for you and me.  He believed’.

In Baltimore, hard luck is real and comes too easily for too many.  Belief is free and intangible but is meted out sparingly by our leaders.  In their ignorance, they think belief is about them and in their mistrust of authority forget the waves they create.  They do not understand that we believe in them but not as cynics.  For us, there is no can’t.  There is only must.  We are long past the time where the simple recognition or unearthing of evil is a result in itself.   In the end, belief matters more than evil.    In this imperfect nation, it always has.

Rick Abbruzzese, director of Public Affairs for Gov. Martin O’Malley a few months ago put this commercial on the Governor’s Blog. It aired simultaneously on all of the TV stations in Baltimore with a “call to “Believe” that, together, we can make our city a safer and better place for kids to grow up,” Abbruzzese said. “That jarring and disturbing commercial signaled the very public start of Baltimore’s campaign — of Baltimore’s fight — to ‘Believe.'” 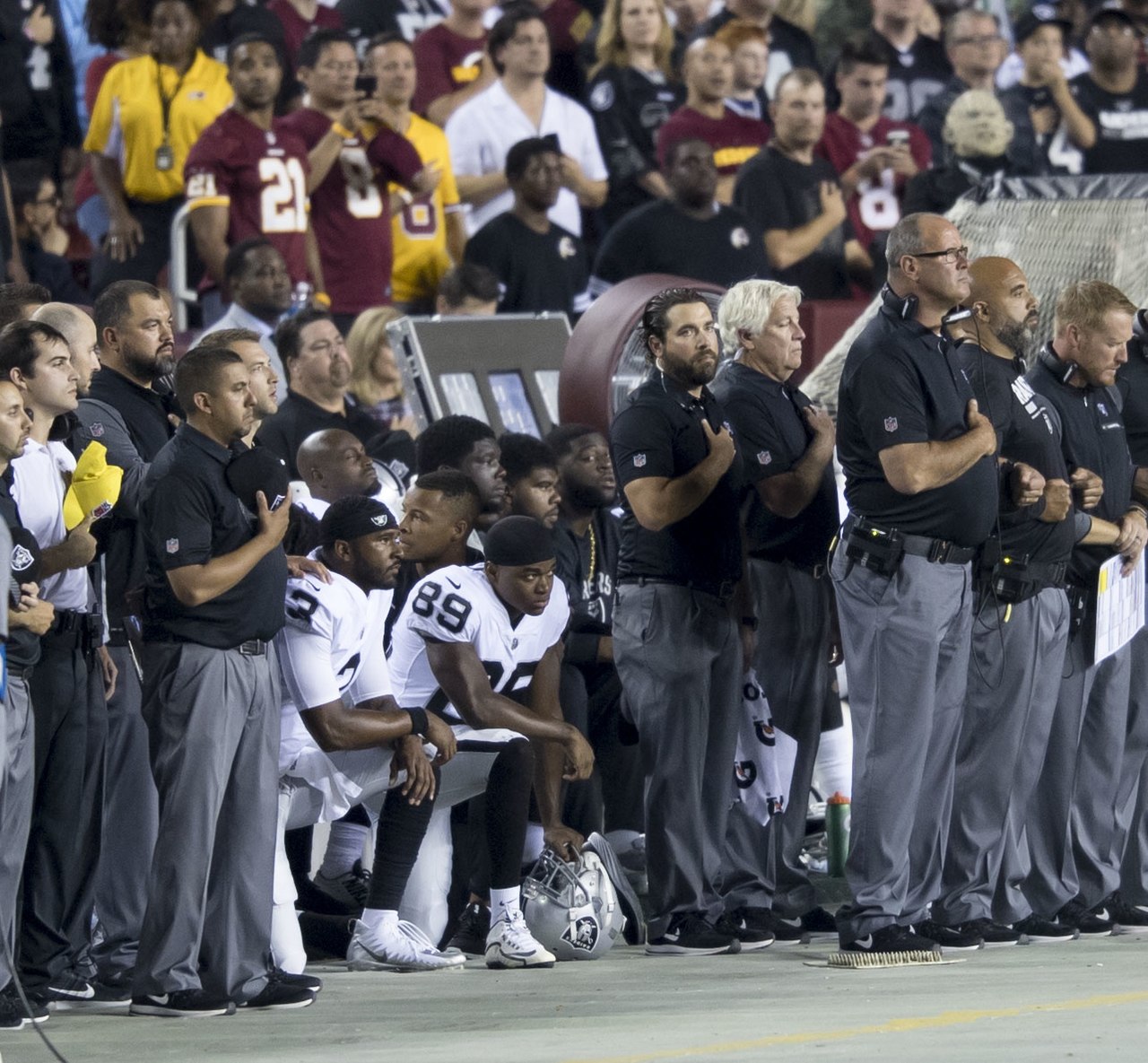 Preserve, defend and protect the Constitution