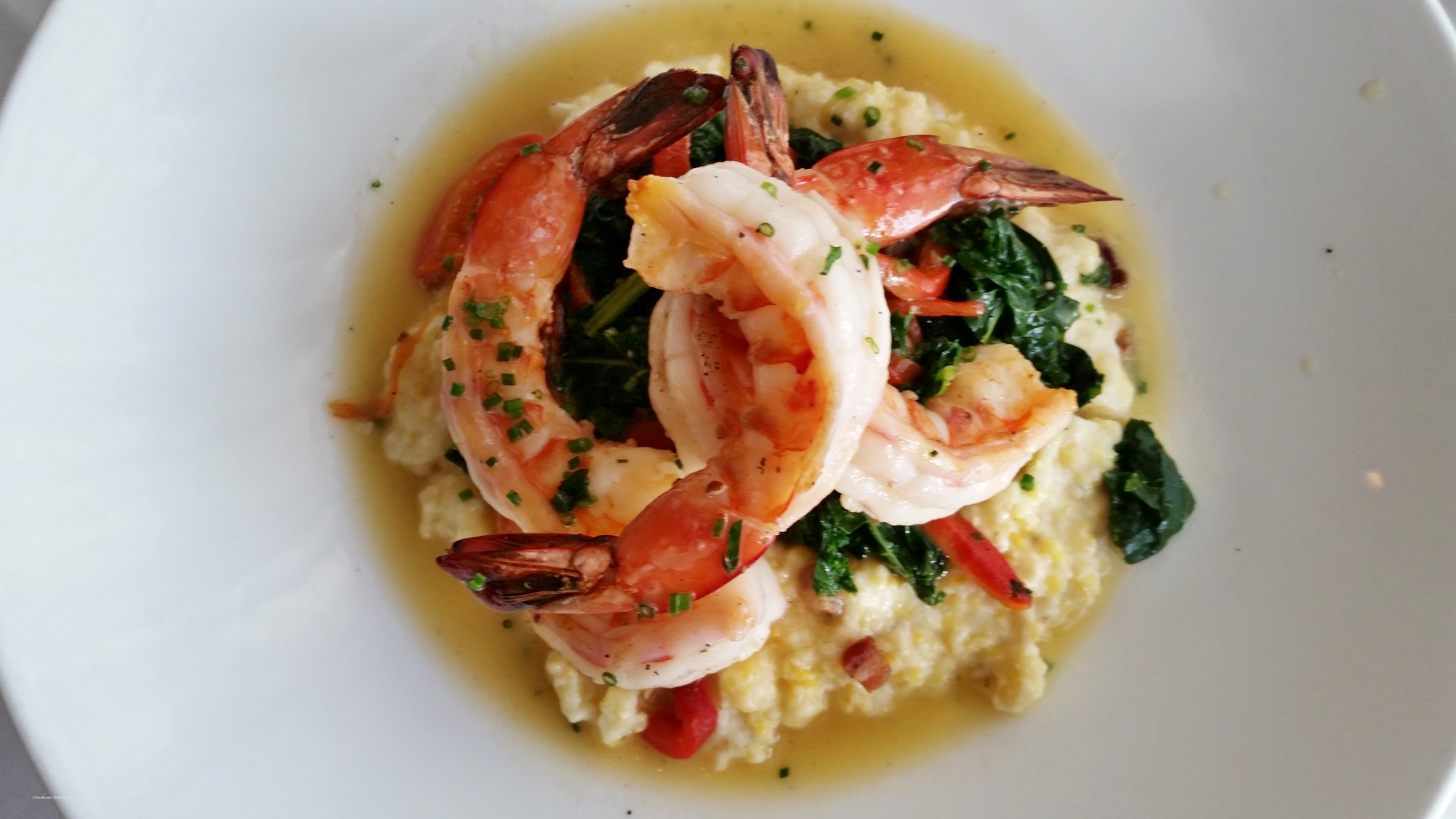 Probably one of best upscale, quality dining spots in Baltimore County, if not the best is Cunningham’s. The surroundings are lush, warm and inviting, the service is on point – not intrusive, free interior valet parking and their cuisine is pure Americana with a couple nods to Italy.

Cunningham’s Weekday Prix Fixe Three Course Dinners is like having Restaurant Week year round. The menu changes regularly, updated with seasonal fresh selections; four appetizers, four entrees, three desserts for all of $39 per person and for only $19 more there is a wine pairing.   You might even want to take a moment to unwind at their bar during happy hour from 5 pm to 7 pm and do a pre-dinner nosh or imbibe in a Moscow Mule.

Chef Rohlfing takes the foods you know and love, comfort foods and elevates them to a new level of deliciousness, i.e. like my entrée, the Berkshire pork chop with a bacon glaze (pork on pork) accompanied with a Gouda mac and cheese (with rings of jalapeno peppers). My prix fixe weekday meal started with a refreshing beet salad flecked with oranges, feta cheese and dessert was a visual stunner and finished with the devil’s food cake with toasted marshmallow, coffee ganache and icy milk sorbet. Also that night my companions indulged in the seared tuna, duck confit, bucatini Bolognese and pear crisp.   Check out the slideshow for snapshots of these dishes and others available at Cunningham’s.

Anti-rape wear may be controversial, but is it anti-feminist as well?