One of the major issues of the national economy these days is the education and student loan debts. It will not matter if it is a public or a private university but the cost of education and tuition fees have risen considerably, and along with this the inflation has created a major problem for most people to be able to afford it successfully. In general, students would be required to pay high amounts of up to almost $50,000 every single year so that they can obtain their degree after four years from a good institution. A lot of meritorious students are forced to take up student loans so that they are able to join the educational institutes of their dream and get the education they want. But the pressure of repaying the loan always hangs over them. In this article, you will learn about some ways by which you can reduce and repay your student loans.

Private institutions and how they are faring

The situation in private colleges is not good either. In general, the amount of money that is required to be paid in private institutes every year is almost around a hundred thousand dollars, which is double the amount that is required to be paid in government-backed institutes. There are a large number of elite private institutions which charge fees up to more than two hundred thousand dollars every year. Thus, it will be nearly impossible for a student to be able to pay off this amount every year unless they are able to take up some kind of student loans.

Unfortunately, this is a problem that does not seem to be going away anytime soon and is slated to get a lot worse in the next few years. Colleges offering online classes and degrees have also increased their fees and have subjected their students to a number of difficult financial practices.

What is the result of all this?

As a result of such high costs of education, there has been a dangerous rise in the debts incurred by students when they leave their colleges. When they graduate or leave their institutions, on an average a student will have almost over thirty thousand dollars in their outstanding debts, this is a figure that is basically an average of the amount that students from private and government schools have. Some students have debts which are far more than this amount and are absolutely clueless as to how they can repay their debts.

Thus, it is not surprising that several students would be finding themselves in severe financial problems once they leave their colleges. There are a lot of students who are unable to graduate and get a degree, and they would be unable to get a proper job or suitable employment for a number of years even after entering their professional lives. Considering how bad the economy is, there are graduates also who are facing a lot of trouble in being able to get good employment in the fields that they have chosen.

When one is not able to find decent or jobs that give a suitable payment, the students will find it really difficult to be able to repay their debts and loans. There are certain student loans which will not require you to pay any interest until the holder has graduated, thus offering some time to the student. But still the amount would have to be paid, and the student will have to find a way to do it.  What makes the situation more threatening is that in general a student loan cannot be discharged by filing for bankruptcy. There are credit facilities available but in most cases a student loan is unsecured, and hence there are no collaterals which the lending agency can take away. Thus, there are strict regulations which ensure that the student loan is repaid as quickly as possible.

As a result of all this, it becomes essential for a student to be aware of the different methods and ways available to him for repaying his loans because otherwise he or she will find himself or herself in a financial mess even before their career starts to flourish. They may end up paying installments for their debts throughout their careers up until the time they retire.

In general, there are two main types of debts that a student can get: debts from loans that are issued by private lenders and agencies; debts from loans which are government backed. Government-backed loans are easier to settle than the private loans which would require you to negotiate and strike a deal with the lender or lending agency. You can, of course, go for a debt consolidation loan or a debt relief program like a debt management plan to help you in repaying your loans and debts.

Going for a debt negotiation with your lender

It will be important for you to understand that such a form of arrangement may not end up with reducing the principal amount which the borrowers from the government-sponsored loans get and owe to the creditors. There would be several instances when the plans for income restructuring can help in making it easy for the students to be able to repay their loans through the lengthening of the repayment windows.

In contrast to this, there would be a number of private lenders of student loans who would be quite open to taking settlements on the loan amounts and debts from the past that have remained unpaid. The reason for this is the private lenders would get losses on their delinquent loans in some manner or the other. But they are able to sell off these due loans to the collection agencies for negligible amounts, and they would also be able to get better deals financially from the settlements. Thus, they would prefer settlements in a lot of instances.

It is crucial to understand that there are no typical cases, but the debt negotiation agencies might want to secure those deals which can help in reducing the student’s loan balance. It will be possible for the borrower to be able to negotiate in a direct manner with the lenders, but the debt settlement professional who is used to doing such negotiations with the unsecured lenders on a daily basis would be able to apply the right techniques of pressures and knowledge to help in the negotiation process. They will always be able to provide you with lower balance reductions through their negotiations.

But, no matter what transpires, it would be absolutely crucial for you to remember that the lenders would prefer to settle your debts off as quickly as they can and prevent suffering any form of loss. You must be confident during the process of debt negotiation because your confidence will be vital in getting you a better deal.

There are a number of private lenders who give out student and educational loans. However, these lenders are not quite open to the concept of renegotiating or settling the student debts that had been incurred in the past. However, there are others who would be more willing to come and negotiate the loan details. It will be vital for all the borrowers who want to get such a form of settlement with their lenders to first enter this process by having an open and accepting mind with some realistic and not untoward expectations. You will be surprised to see how in the long term your patience will help you to repay your loans and enable you to get debts with lower interest rates which can help you in getting a better-looking bank account.

In the event that you are looking for a way to repay your student loans or any other form of loans which you may have incurred and wish to become free from financial stress then you must visit Nationaldebtrelief.com and take expert advice from the leading professionals in the industry.

One of the most common forms of financial burdens that a lot of people face these days, especially young people, is the pressure of repaying their student loans. The student loan or education loans have a high rate of interest, and a lot of people who are good students are forced to take them up so that they can get the education they deserve from high-quality institutions. But the loans still act as a counterweight on their shoulders and often the pressures of repaying these loans forces them to take a job at the earliest so that they can start making their payments. Thus, a lot of people are unable to fulfill the true potential that they have a result of these loan repayments. Thankfully, there are a number of debt management schemes available which can help students to repay their education loans with ease. Hopefully, the information mentioned in this article will have helped you. Stay tuned to our blog to get updates in the future.

Dump Trump is the ticket and losing the Bern

Lemon Snowballs and Rosettes – perfect for the storm 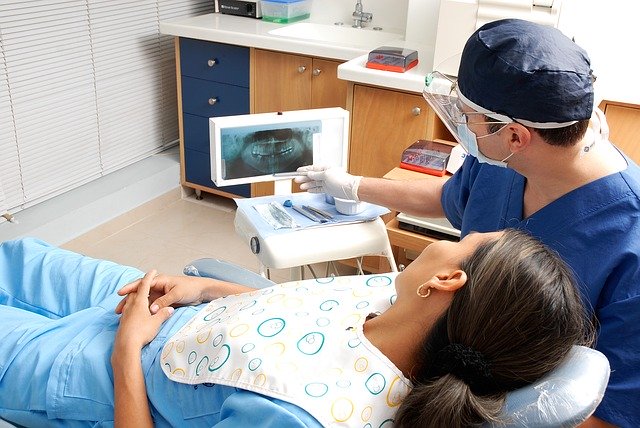 Why Should You Get Your Teeth Whitened?