Technology advancements in recent years have brought us tons of things that make our lives easier. A good example is e-bikes.

E-bikes or electric bicycles are a standard bicycle with an electromotor and batteries. The point of that is to be able to go longer with less effort. So, as the hype increased, as well as the sales, e-bikes are becoming a necessity in our day to day activities.

To get you on board the e-bike train, here are five reasons to convince you to start looking for electric bikes for sale.

Riding a bicycle isn’t for everyone. To ride one, you would need to be in good physical shape to be able to ride for longer distances. E-bikes, with their electric motor, provide some aid in that area making the pedaling less physically demanding to enable you to cover greater distances.

Anyone that got on a bike at least once, know the effort it takes to reach a certain speed. You won’t be breaking any land speed records for the fastest bike ride, but you might be able to reach around 30 miles per hour without breaking a sweat.

When people say bicycle, they usually mean a metal frame with two wheels and pedals. While that is true, e-bikes can differ one from another, depending on their purpose. If you’re the type of person that is always carrying something you can get an e-bike for cargo, which can carry almost 400 pounds. If you’re into mountain bikes, you can get an e-bike with the special suspension to be able to handle the uneven mountain roads. In short, there’s an e-bike for everyone.

Technology’s progress is what brought us e-bikes, but that same progress brought us batteries that last longer. In the early days of e-bikes, the range was only a few miles and the point at that time was a proof of concept. Nowadays, certain e-bike models can go over 100 miles before draining the batteries. Of course, this mostly depends on your driving style and the amount of juice you would spend from the batteries.

If you think that you would be able to buy an e-bike for a similar price as a regular one – you are wrong. While regular bikes cost several hundred dollars, the cheapest e-bike can cost you well over one thousand. A decent quality e-bike with bigger batteries and more powerful motor can go for several thousand dollars.

Cheap isn’t something that can be said for the e-bikes, that is if you look at things for a short period. On the long run, e-bikes are cost effective. Regardless of how economical a car can be, an e-bike is even more, so the monthly costs for gas are reduced to zero.

E-bikes are great, but as much as there are things to praise them, they do have downsides.

The biggest downside that most people mention is weight. A standard bike is relatively light, but the e-bike weighs a lot more. The reason for that is the electric motor and the batteries. That might be negligible for some, but it needs to be mentioned.

Another downside is the same one as the regular bike has, and that is cold weather. Unlike a car where you can put the heater on and keep warm, on an e-bike you are exposed to the cold, which only gets worse the faster you go.

The hype for e-bikes increases year after year. People look at them as a means of transportation where they reduce costs as well as reduce the time it takes to get through traffic. They are far from perfect, and they have negative sides, but owning an e-bike is a must. 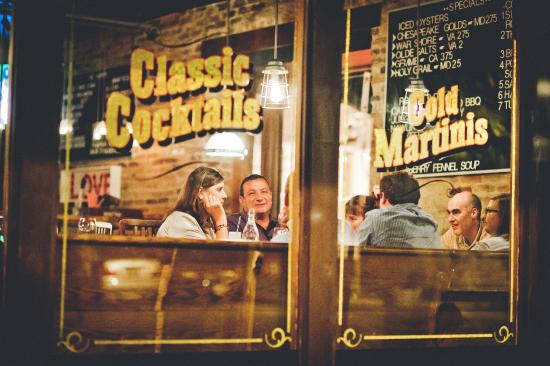 Baltimore’s Nickel Taphouse: Craft beers, oysters, mussels and Elvis flapjacks – What else could you ask for?