This is it, this is when the Democratic presidential campaigns get real. First the Nevada Caucuses and then the South Carolina primary. Senator Bernie Sanders is the odds-on favorite at this point in the race.

Former Vice President Joe Biden is done. South Carolina will be the final gasp of his campaign and even they know it. Before the New Hampshire primary was decided the Biden camp was on its way south (not west) to try and win a Democratic primary that is dominated by the African-American vote.

For nearly a year we’ve been told Joe Biden has had the African-American vote wrapped up and that the “establishment” voters viewed Biden as the strongest candidate against Donald Trump. Well, we have yet to see what the predominantly African-American vote in South Carolina and the Union vote in Nevada will do, but the “establishment” voters in Iowa and New Hampshire have spoken and Joe Biden isn’t their guy. Senator Amy Klobuchar and Mayor Pete Buttigieg did better — as did Bernie Sanders. If Sanders wins, or even places in the top three in the Nevada caucuses and the South Carolina primary, we can start assuming he will be the nominee. It’s a cinch he will win California. We elected Gavin Newsom as our governor, the most progressive person to ever hold that office. He will be president one day.

The Golden State has 415 pledged delegates and 79 super delegates. My prediction: Bernie will get the majority of the delegates, not just the most. Mayor Pete should do pretty good as well. The climate crisis will be the number one issue in this state.

The thing is there are a lot of people in the “establishment” side of the Democratic Party, the “Corporate Democrats” as people like The Young Turks refer to them. I don’t really want to debate the idea of “establishment” and “corporate” Democrats, but there is clearly a division in the party about who is best suited to not only defeat Donald Trump, but represent what the Democratic Party stands for this year. Some are clearly for Mayor Pete and Amy Klobuchar, those are the ones that were once behind Joe Biden, and then those who are more progressive, or are at least perceived to be more progressive. All the Democrats in the race are progressive, within varying degrees.

For me, if a candidate doesn’t have the climate crisis as the number two issue of their campaign (behind defeating Trump), I question their priorities. Pundits and and TV personalities like to bring up the term “kitchen table issues,” by which they mean health care and the rising cost of living that isn’t matched by the rise in wages, plus jobs for the 21st century.

All of which are important issues to be sure, as are race, gender and economic equality. But we are in the sixth mass extinction, which had been brought on by human activity since the dawn of the Industrial Revolution. Probably before then too, if we count how long we were dumping our waste into rivers, lakes and oceans. If we don’t save our planet none of those other issues matter.

The climate crisis is the number one kitchen table issue of our life and future. It will affect how much we pay for food and even its availability, especially seafood. And with sea level rise, droughts and other “natural” disasters brought on by the climate crisis we can expect an exponential jump in climate-related refugees.

We should be asking the candidates if they consider the climate crisis a kitchen table issue.

Getting back to the race.

Let’s look at the “establishment” Democrats that are actually in the party, working for the common goals of the party, as opposed to the voters. Why are they so fearful of the term “Democratic Socialist”? First of all, in 2016 the Democrats put up the most qualified person to ever run for president and she lost the Electoral College to Donald J. Trump. Sure, Hillary Clinton got nearly 3 million more votes than Trump, but so many Democrats in the states of Pennsylvania, Michigan and Wisconsin chose not to vote for president, rather than choose Clinton, that the GOP flipped those states. Michigan and Wisconsin haven’t gone for a Republican candidate in more than 30 years. That’s a major — and legitimate — concern.

Democrats in the power structure of the party want to make sure the nominee is going to get Democrats to the polls in those and other states. They believe that a candidate who can get beat over the head with the scary word of “Socialist” will turn off those same votes who have been led to believe people like Bernie Sanders and Alexandria Ocasio-Cortez want to make the U.S. like Venezuela and Cuba.

In reality the models of democratic socialism Bernie and AOC want to emulate are Norway, Sweden, Iceland, the Netherlands and others. The countries where private industries thrive, workers make better than living wages and healthcare is a right, not a for profit industry. Plus, these countries are moving themselves to green economies and energy. But for some reason Bernie isn’t trying to make that case. He’s letting the Republicans control the message on what a democratic socialist is and several of the Democratic candidates are carrying the GOP’s water on it, like Joe Biden.

There’s only one reason some Americans are afraid of that label: the GOP is willing it and they have Democratic candidates, TV pundits and other political operatives going along. “Having a [Democratic] Socialist on the ticket, especially at the top, spells doom for Democrats in November.” Yeah, well, maybe not.

Just maybe this particular Democratic Socialist is just the right guy to beat Trump like a drum. He can talk circles around Trump on the issues — every issue — and he has behind him an army of mostly young followers that will pull that lever for him in November. Along with a bunch of Gen Xers and even a few Baby Boomers, like me.

Boomers have watched the GOP control the debate through campaign operatives that come up with world salads like “Death Tax” and “energy exploration.” We might also know those as the Estate Tax and oil drilling. Thank GOP consultant Frank Luntz for those. It is his belief that “A compelling story, even if factually inaccurate, can be more emotionally compelling than a dry recitation of the truth.” Are we really in a post-truth era?

Which is why Donald J. Trump can tell over 16,000 lies as president and his followers either don’t know he is lying or they just don’t care. It just sounds good. Yeah, I guess we are in a post-truth era.

Luntz is the guy who got the world to use the term “climate change” instead of “global warming.” A lot of climate scientists said that was actually a very accurate description of what humankind is doing to the planet. Only now it isn’t just climate change, it is a climate crisis. That little word salad backfired on the GOP.

Anyway, boomers like me have been offended by the GOP for 40 years because the right tried to make “liberal” a dirty word, so much so many Democratic politicians wouldn’t use it to describe themselves or their policies. I’ve always been proud to call myself a liberal. I’m okay with people preferring the term “progressive,” and maybe I’m progressive too, but I like the title of liberal. We live in a liberal democracy after all.

Boomers like me, we like Bernie’s policies. The good senator from Vermont wants our nation to be where it should have been 35 years ago. An end to the for profit health care industry and the choke hold big pharma has on health care. Back in the 1980’s the little weekly newspaper I worked with was publishing climate-related articles.

We weren’t the only publication doing so, but most that published such articles were small outfits, with the biggest being niche publications like Isthmus,  The Nation and even the Rolling Stone. Climate troubles wouldn’t become a staple in the major media for many years, not until former Vice President Al Gore came out with his film, An Inconvenient Truth. Of course the GOP went right to work trying to discredit Gore and the science behind the film.

Somehow I keep getting off track by the climate crisis. Better get right to the point. Instead of trying to figure out who they can find to credibly mount a centrist challenge to Senator Sanders, the hierarchy of the Democratic Party should start figuring out how to bring the entire party together behind Sanders in the event he wins the nomination.

The only downside to the Bernie Sanders campaign: the few Bernie Bros that get online and spew hate and other trash to everyone that opposes or expresses any misgivings about Sanders. These people do nothing to help the rest of the electorate get behind Bernie. To those people: shut the fuck up. Stop acting like thugs online. Sanders can win this nomination on his own merits.

All the Democratic candidates, including the ones that have dropped out, bring something positive and useful to the table. We should take advantage of that and stop trying to sully them.

Mike Bloomberg has vowed to make his campaign apparatus available to the party should he fail to win the nomination and to spend billions to defeat Trump. Every candidate — including Sanders — have vowed to vigorously unite behind whomever the nominee will be at the end of the convention in Milwaukee.

It’s too early to predict who will win the Democratic nomination, but it isn’t too early to say the number one priority of every candidate is (and should be) to send Donald J. Trump packing and to flip the United States Senate. End Moscow Mitch’s time as Senate Majority Leader. Putting him out of office would be even better.

We need to bury the Republican Party for the next 100 years for what they have done to this country (and planet) over the past 40 years, especially since they anointed Donald J. Trump as their Dear Leader.

That is the number one goal. We can start talking about policies, especially the climate crisis, Wednesday, November 4. We need to win first. 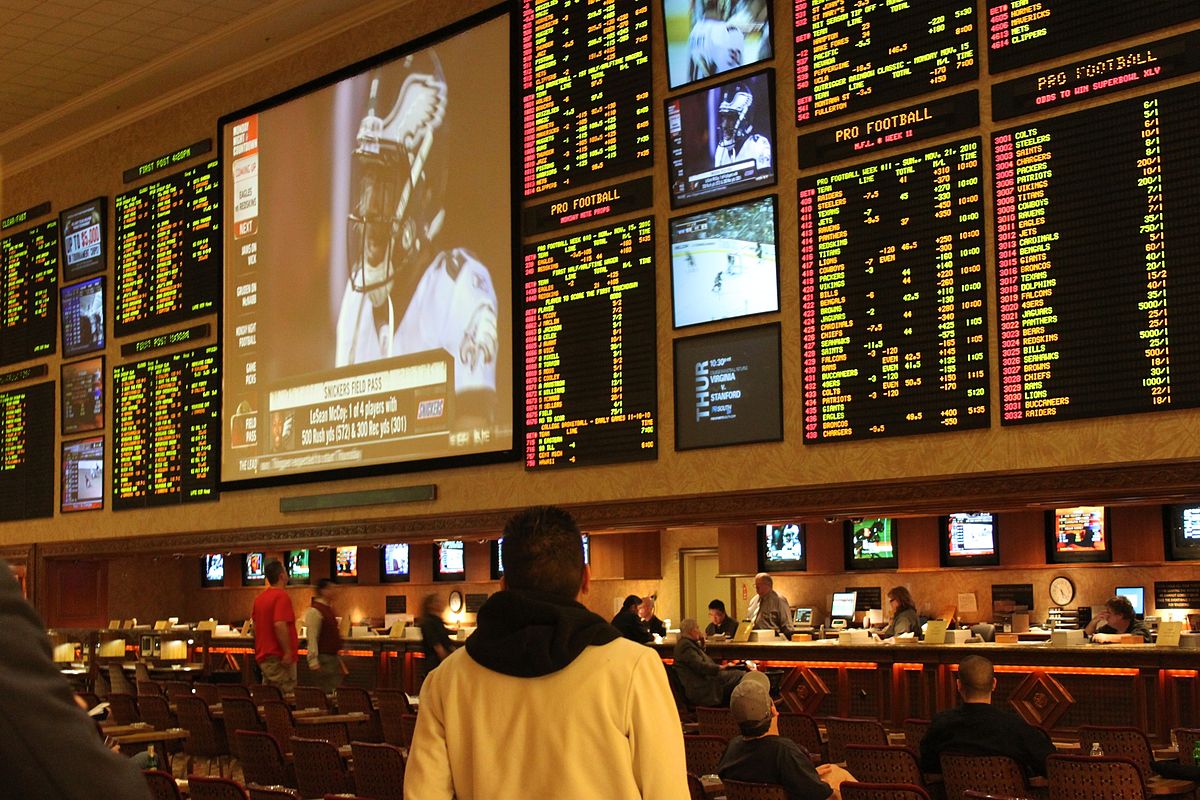 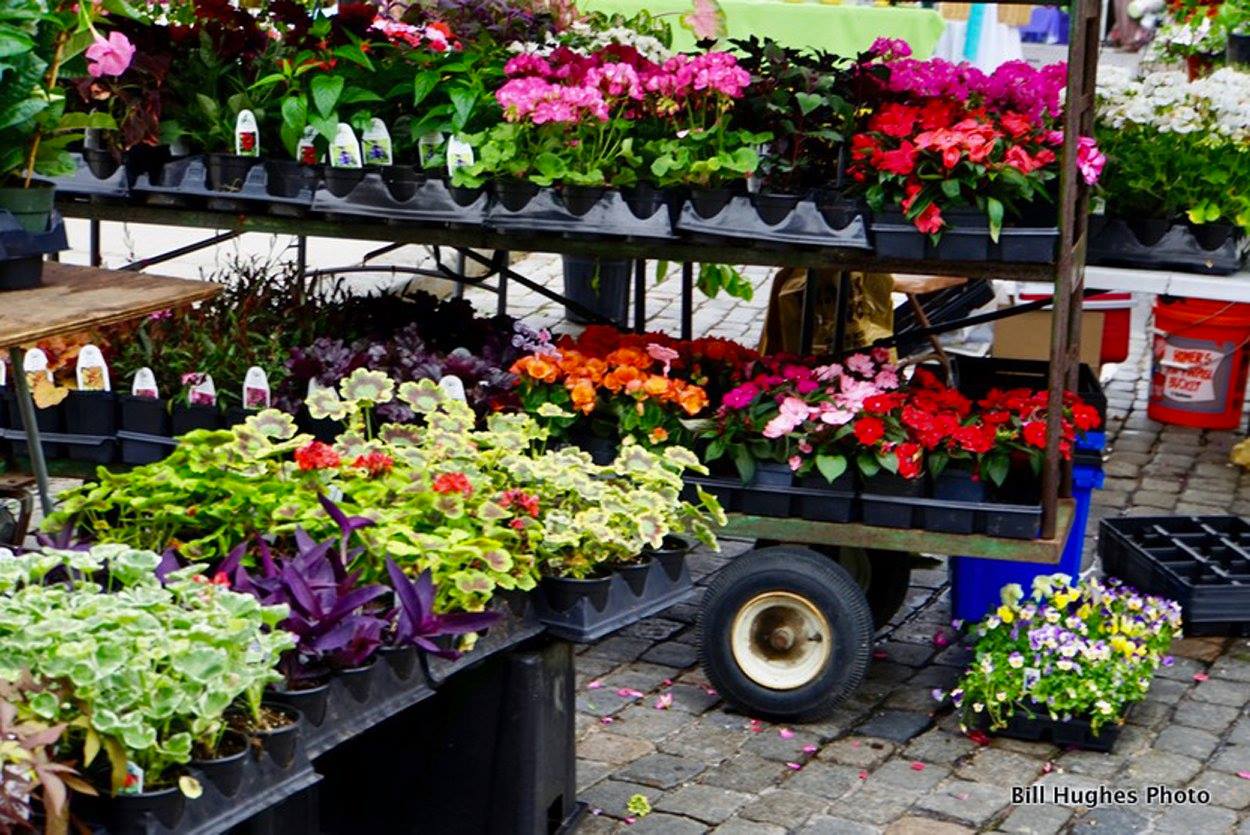