Baltimore’s elected officials seem to fancy the idea of the city being a groundbreaking climate change crusader against oil companies but that distinction will not help the city’s poorest residents, the majority of whom are African-American. In some cases, deceptive marketing tactics from renewable energy companies have already sent residents bills soaring by as much as 50 to 75 percent.

Baltimore alleges in a lawsuit that more than two dozen oil companies deliberately downplayed the connection between using their products and climate change and now wants the industry to pay the anticipated costs of rising sea levels and other phenomena.

The city got its way on a procedural matter recently when a Fourth Circuit Court of Appeals panel ruled its lawsuit should remain in state court rather than moved to the federal level. Fossil fuel companies say federal laws and regulations have more of a bearing on the dispute than state laws. Backers of Baltimore’s suit hope subjecting the industry to state laws will give the climate litigation movement a new pathway and more oxygen.

Both sides are aware that federal judges have dismissed suits by New York, Oakland, and San Francisco, ruling that developing climate change policy is the task for the executive and legislative branches of government and not the courts. In the California cases, U.S. District Judge William Alsup said, ‘conduct was not unreasonable because everyone has benefited from fossil fuels’. He also cited the impracticality of assessing and assigning responsibility for a global phenomenon with a host of causes on a handful of U.S. companies.

Legal strategies and tactics are just a sideshow for energy poverty, which occurs when low-income families and individuals can’t afford basic heating and electric needs due to high prices. And while energy poverty has no color, it disproportionately impacts minority, low-income, rural and senior citizen communities the most.

Over thirty percent of U.S. households have trouble paying energy bills. Progressive activists with high levels of education and income might easily absorb such financial hits however families who already struggle can’t afford another increase. And shaking down oil companies in court, the highly ambitious Green New Deal, and layers of regulations and mandates in the energy sector will mean higher prices for individuals living in these communities.

In California, energy bills consume 40 percent of the income of over one million households. In Mississippi, 59% of households making less than $50,000 annually spend over 18% on their energy bills. For those with annual incomes under $30,000, energy bills eat up a quarter of their income. For Americans in these and other low-income communities like Baltimore making ends meet is a daily struggle and for many energy poverty will increase due to the existing Covid 19 crisis.

Whether climate activists can accept it or not, America’s energy producers have helped power emissions and are part of the climate change solution. As natural gas resources have come on line, utility bills have come down saving Americans over 1 trillion dollars over the last ten years while reducing emissions.

For environmental activists and trial lawyers, heaping scorn on oil companies is probably good for raising money and scoring political points. However, if their ultimate goal is to reduce emissions then suing oil and gas companies will not make a dent. Even if the industry has to pay out billions of dollars, for the foreseeable future consumers will need the industry to put gas in our cars, operate factories, and heat our homes.

The climate lawsuits exemplify the political divide in America today.  And many would argue it’s better to have energy companies investing in technologies that reduce carbon emissions, rather than paying legions of lawyers to battle frivolous lawsuits. Revenue share from energy companies provide necessary funding for roads, schools and other services including transportation, and that should be a higher priority than lawsuits against industry providing products we all need.

Elites petition government for regulations that often stifle job creation, the economy and raise prices, assuming the average person does not mind because of the larger societal imperatives at stake. That’s where they are wrong. For many working people, the views of environmental crusaders and the regulatory state are the causes and not the cures of economic distress. The condescension and disregard for the plight of low-income people, as well as the added energy costs, are insulting and too much to bear for struggling communities.

Miller and Busch: Who do you represent the people or divorce lawyers? 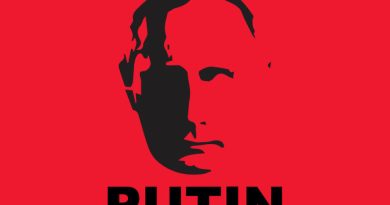