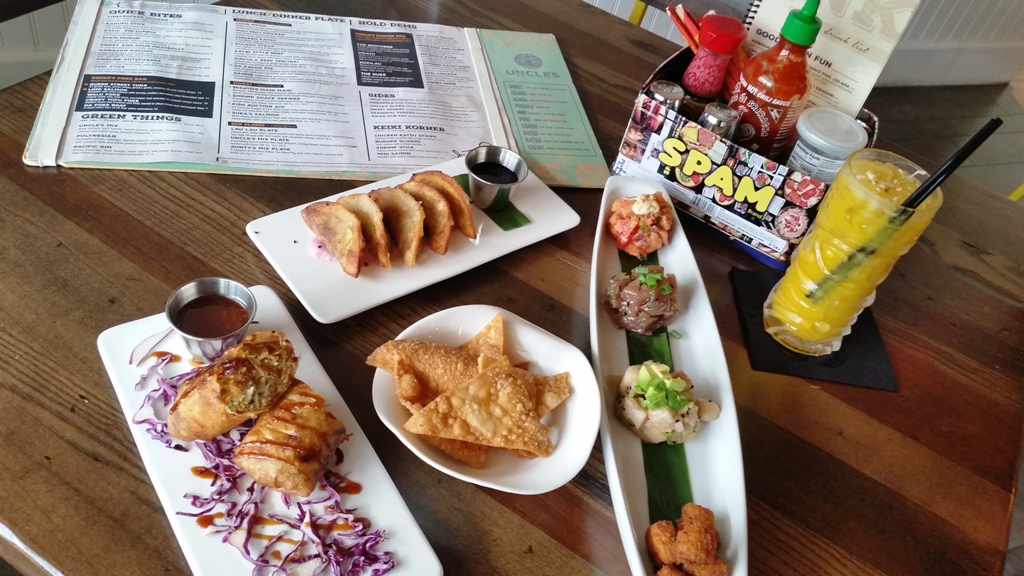 Most notably is poke (pronounced poh-key), a raw fish salad that is a staple throughout the Hawaiian Islands. Poke has a growing customer base in the contagious United States and now can be found on menus in restaurants who like to show off their international flare. Forbes Magazine in May, 2017 wrote about the growing market for this dish.

From a personal perspective, my first encounter was the Hula Girl Food Truck in Washington DC, also operated by a native of Hawaii.

When you go to Uncle’s Hawaiian Grindz, you have choices of #1 Tuna, Lomi Salmon, Walu, and Crispy Tofu pokes – pick one or get the sampler with all four.

Whereas poke is the hot culinary offering, you should also look over the wide array of alternative dishes that will tantalize and more than satisfy your cravings: Kalua Pig Lumpia with smoked braised pork, vegetarian Pipeline Potstickers, or grab yourself Spam Musubi – teriyaki marinated seared spam wrapped in sticky rice and nori.

I’m sure you are wondering about the word Grindz in their name, it is a Hawaiian colloquialism for delicious food. 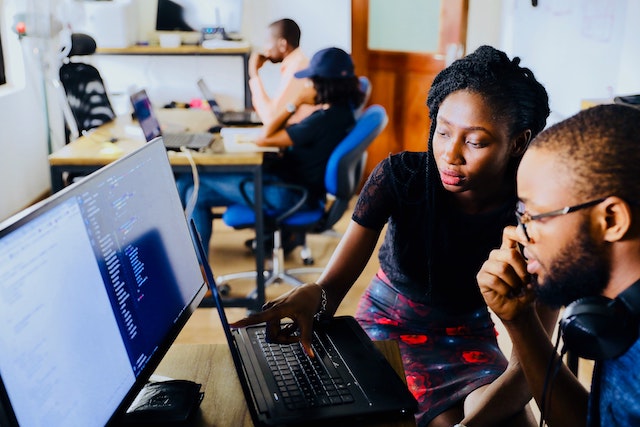 Management Software: The Benefits of Using a Tracking Software in the Business

A History of Basketball in Baltimore and Maryland