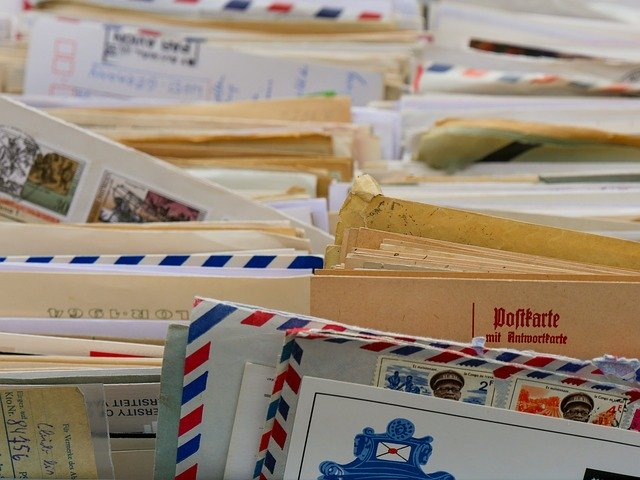 Image by Gerhard G. from Pixabay

Image by Gerhard G. from Pixabay

Do you recall ever sending out letters to a penpal in school as a child? Perhaps now you send checks to pay rent via envelope or share a birthday card with a loved one filled with money.

Envelopes are used each and every day to send mail around the world. The use of envelopes is so ingrained in society that many people don’t even think about how the envelope came about. Although it seems such a simple stationery item, the envelope plays a major part in everyone’s everyday life to help with the proper transport of important documents, letters, and information.

Envelopes are made of sturdy paper and fold over to seal shut once its strip is moistened. Whether you send or receive mail, your message will be packed securely within an envelope to ensure the contents within it are protected and kept together. Envelopes facilitate the transport of communication.

So, how did the envelope come about, you ask? Check out this brief overview of the history of the envelope, including where it first originated and how it became what it is today.

The enveloped originated in Great Britain in 1845 and was originally done by hand. It wasn’t until Warren De La Rue and Edwin Hill were granted a British patent for the first envelope making machine.

Although machine-made, the envelopes which were produced weren’t the same as the ones you see today. These were diamond-shaped sheets which were pre-cut before being fed through a machine for creasing. Once they were creased, they were made ready for easy folding into a rectangular shaped enclosure.

The edges of these envelopes which overlapped were treated using an adhesive or paste to help secure the flap down after the letter was placed inside. The way the symmetrical flap was arranged allowed people to place their own wax seal at the apex of the flap.

The Fourdrinier Machine, a paper making machine, was introduced in the US in 1850. It works by taking the pre-processed pulp stock and transforming it into a continuous web, which is then gathered into a circular reel. The reel is then guillotined along the edges to create large rectangular sheets of paper. Thomas Gilpin is most often credited for creating the first U.S cylinder type papermaking machine.

Printing on envelopes requires extra skill and attention by the machine operator to make sure the right level of printing is printed on the different envelope paper types and thicknesses.

Commercial printing of envelopes is referred to as overprinting. This is generally seen on the front of the envelope and is great for marketing purposes and branding. Business envelopes are highly popular today and are a large part of a company’s marketing strategy.

By the late 1990s, high-quality envelope-making machines were introduced across the globe. Winkler+Dunnebier was one of the leading enterprises which developed up to two-thirds of the machines today that mass produce envelopes. This was because there was not a lot of competition due to the high costs of the machines.

These machines cost anywhere up to $1 million dollars, and they could produce 1,200 pre-gummed envelopes each minute, in boxes of 1,000. By the end of the process, the envelopes are ready for distribution.

In 1998, the U.S. Postal Service became the first postal authority that approved the application of a postage stamp to envelopes via the internet. This marked a major milestone for envelopes, as a digital revolution spurred more efficient printing processes. The newly innovative postage stamp design allowed for commercial businesses to mass-produce pre-customized envelopes that were ready to be mailed.

Today, envelopes are mass-produced still; however, with the current technology and new means of sending messages, there has been a slight decline in the use of postage mail. This decline hasn’t stopped envelope and stationery manufacturers, as there are tens of thousands of businesses that send out paper envelopes every day, in particular for marketing purposes.

With people and businesses still continuing to send out mail with envelopes, the envelope will continue to thrive for many more centuries to come, and it will be a strong competitor in a technology-based world.

Looking Towards the Future

Envelopes today are withstanding the test of time as communication becomes increasingly more digital. What does the future hold for a piece of paper that dates back to hundreds of years in the past? Envelopes are deeply ingrained in our society. Whether for marketing for businesses, politics for mail-in voting, or the romantic notion associated with its old-fashioned aura, envelopes are still alive and well and their outlook appears bright. They may adapt to changing times by featuring ways to connect to users digitally, such as with QR codes or even holograms. For now, however, envelopes continue to be of use with a promising future. It would be interesting to see which direction envelopes end up taking in the next century.

Arrested Development Season 4 is just OK; maybe it will get better, but maybe not

Amid the pandemic an election