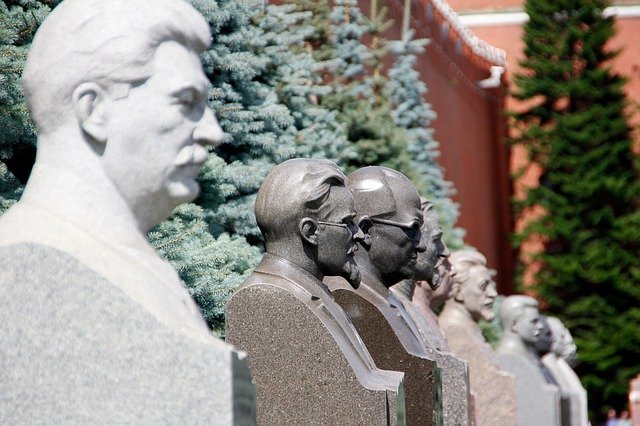 “Tell Stalin I shall be dying with his name on my lips.” – Nikolai Ezhov, ex-boss of Russia’s feared secret police, the NKVD, prior to his execution on the orders of the dictator.

Before he was known as a Marxist revolutionist in his home town of Gori, Josef Stalin was a published poet. Gori, located in Georgia, a region of the Romanov Czars’ vast empire, was then known as the “Viceroyalty of the Caucasus.” It sits between the Black and Caspian Seas. Stalin’s tenor voice was so good, he was hired to sing at church weddings. He was also a brilliant student and a lifelong reader of books.

Stalin taught himself German and English. However, he ended up as a maniacal dictator of the Soviet Union and slaughtered tens of millions of his own people.

In “Young Stalin,” author Simon Sebag Montefiore skillfully digs into previously unpublished records to profile the rise of the cobbler’s son from his humble birth in 1878, to his important role in the Bolshevik Revolution of 1917 – an event which shook the world. (1)

The last book I read about a serial killer was called, “The Iceman.” It was the tale of a New Jersey-based thug, one Richard Kuklinski, who murdered upwards of 100 people. Many of his victims were Mob-related targets. Kuklinski’s brutal and alcoholic father used to beat him unmercifully. This was also Stalin’s fate.

His father known as “Crazy Beso,” failed in his business. He once had ten employees and became a miserable drunk. He took his wrath out on his only child. He eventually abandoned the family. (Adolf HItler’s father repeatedly beat him, too, as a youngster.)

Stalin’s doting mother, known as “Keke,” was then forced to clean houses to put food on the table. Malicious reports that she was promiscuous remain unproven, as do the wild charges that someone other than Beso was Stalin’s father. In fact, if you look at the photo of Beso in the book and compare it with the pictures of Stalin found there, when he was about his father’s age, there are striking facial similarities. Beso was, indeed, Stalin’s father! His grandparents on both sides were liberated serfs.

Stalin was “a natural-born extremist.” Probably, the author suggests, because of his “sparser emotional attachments” and the fact that he had “less to lose.” He also rarely showed “compassion for people.” His paternal roots could be traced to a semi-pagan mountain people, the Ossetians, who lived in northern Georgia.

At birth, Stalin’s second and third toes of his left foot were webbed. At age six, he suffered from a bout of smallpox, which permanently scarred his face with pockmarks. A few years later, he sustained serious injuries, as a result of road-related accidents, to his left arm. It caused that limb to be shorter than his other arm.

Nevertheless, Stalin evolved into a feared leader and Satan-like seeker of revenge, and later, a conscienceless killer. He, unlike other armchair middle class revolutionists of that era, never shirked from taking “physical risks.”

The author insists that these traits, plus his prodigious intellectual skills, are what made him the “ideal lieutenant” for Vladimir Lenin, “the founder of the Bolsheviks.” (2)

Two of the traditions in Stalin’s hometown, which suited his twisted psyche perfectly, and where the population of 7,000 were half Georgians, half Armenians, along with 18 Jews, were “town brawls…and schoolboys gang warfare.”

On Feb. 13, 1892, at age 14, Stalin witnessed, in Gori, public hanging of two men, who supposedly had stolen a cow and killed a policeman. The writer, Maxim Gorky, was also in the crowd on that day. One of Stalin’s schoolmates said later that Stalin was particularly offended to see “a priest standing at the gallows with a cross.” The purported bandits were Ossetians. The author speculates that watching the executions “helped make Stalin a rebel, not a murderer.”

The celebrated author of “1984,” George Orwell, also became highly politicized, in an anti-imperialist way, by watching a hanging in Burma by the British colonial forces. (3)

Growing up, Stalin closely identified with the then-Russian-oppressed peoples of Georgia and he deeply resented being forced to learn the language of the conqueror. This fierce anti-Russian attitude showed up when he attended school at the Georgian Orthodox Seminary. His mother placed him in that church-run institution, in 1894, since she couldn’t afford to send him anywhere else.

Stalin slowly began to see himself as a liberator and defender of the poor, like the fictional “Kobe” character from a novel, “The Patricide,” by Alexander Kazbegi. He took the name “Kobe” as his first revolutionary pseudonym. (4) “Kobe became Stalin’s God,” reports the author.

According to the religious academy’s journal, Stalin, in 1899, left the seminary, which was in the city of Tiflis, (population about 160,000), just southeast of Gori, for allegedly “nonappearance at examinations.” Others say that the monks simply tossed him out for his “revolutionary activities.”

It was around this period that Stalin’s extraordinary, and shadowy life as a revolutionist began in earnest. The author’s ten years of meticulous research shows that it involved “bank robberies, [running] protection-rackets, extortion, arson, piracy, murder [and] political gangsterism.”

Stalin became Lenin’s go-to guy for illegally funding the Bolshevik Party. Along the way, right up until 1917, Stalin was also developing skills as a political and labor organizer, prison escape artist, propagandist, newspaper editor, adept intriguer, and as a thoughtful political theoretician.

Stalin was made for a life in the political underground. He was a conspirator by nature, seeing enemies everywhere. He became a master at “infiltrating the Tsarist security service, a talent that would serve him well when he set up his owned dreaded state police organizations. The author states that Stalin was not a “police agent” and that there is “no smoking gun” to prove otherwise.

There were plenty of women in Stalin’s life, too, during his time on the run, including a wife or two, countless mistresses and children born in and out of wedlock.

Exiled to Siberia, at the outer reaches of the Arctic Circle, in a Godforsaken hamlet called, “Kureika,” from June 1913, to the spring of 1917, the author says turned Stalin “into a libertine.” He also, strangely enough, loved hunting with the “aboriginal Tunguses and Ostyaks,” who lived nearby. Oddly, it became one of the “happiest time in his morose life.”

The author said that he felt compelled, in part, to write this account of Stalin’s formative years, as a result of the many “prejudiced” portraits from contemporaries of Stalin, like Leon Trotsky’s. The later’s views, the author continued, “tell us more Trotsky’s own vanity, snobbery and lack of political skills” than about the early Stalin.

Trotsky, aka Lev Bronstein, who considered Stalin a provincial “mediocrity,” was murdered in 1948, on the dictator’s orders.

In any event, the author believes it was important to set the record straight. The man, with such gross psychopathic tendencies, who outwitted his rivals, like Lenin and Trotsky, industrialized Russia, won a war against Adolf Hitler’s Germany, starved the peasantry into submission, and conducted the “Great Terror,” was surely anything but a “mediocrity.”

“It is clear,” author Montefiore concludes, “from hostile and friendly witnesses alike that Stalin was always “exceptional, even from childhood.” For a fuller picture of the quintessential monster Stalin, this superbly and well-written tome should be read with another of the author’s excellently researched books, “Stalin: The Court of the Red Tsar.”

In that volume, you will find detailed and chilling descriptions of the dictator’s evil crimes against humanity (1923-53.) To supplement that reading, I also recommend Donald Rayfield’s “Stalin and His Hangmen: The Tyrant and Those Who Killed for Him.”

1. “Ten Days That Shook the World” by John Reed.

2.  Lenin’s mother, Maria Alexandrovia Blank, the author revealed, was the granddaughter of a Jewish merchant. Stalin, as a dictator, however, demanded that this fact be kept a state secret. The author Montefiore underscored: ‘The prominence of the Jews among the Bolsheviks was always an issue in Soviet Russia.”

3.  “A Hanging” is a powerful essay by George Orwell, and one of his very best. It was written under his real name, Eric A. Blair.

4.  Stalin’s given name was Josef Vissarionovich Djugashvili. He was called “Soso” by his mother. As a young rebel, he took the sobriquet of “Koba.” Before he became known as Stalin, he had taken on 38 other nicknames or aliases, including, “Ivanov.”