The Maryland Military Department continued to dole out $5.2 million to support fire services in11 local jurisdictions even though they did meet requirements for matching local funding, according to a state audit.

The 11 jurisdictions received a little more than half of the total $10 million in “Amoss” funding for emergency services awarded annually to all 23 Maryland counties and Baltimore City. Auditors found that some of the funds were deposited in brokerage accounts, rather than federally insured banks.

The audit report released last week also found misuse of state credit cards amounting to $107,493 that caused the firing of an employee. The employee used fake invoices to cover for the expenses.

The department, which includes the National Guard, initially claimed $701,318 in federal revenues it was later denied during fiscal year 2012, leaving a deficit of that amount at year’s end, auditors found. Without a federal reimbursement, money would have to be pulled from the general fund to cover the deficit or the military department would have to request an appropriation to cover the tab.

In its response to the audit, the military department said it had obtained federal approval for reimbursement and will be able to cover the deficit in full by the end of June, according to the department’s response to the report.

The audit also found that there was no effective oversight to see if Maryland State Firemen’s Association funds were being spent as intended.

Adjutant General James Adkins wrote that the Military Department has taken corrective actions to address the actions recommended to correct the audit findings.

11 jurisdictions should have been penalized or had funds withheld

Amoss funds, named after the late Senator William Amoss, are allocated by the Maryland Emergency Management Agency (MEMA), an agency within the Military Department, and were intended to be spent on fire and rescue equipment.

But 11 unnamed jurisdictions didn’t spend enough in fiscal year 2011 on designated items to qualify for the funds, and should have been penalized an estimated $585,000, auditors said. By law, MEMA is supposed to withhold funding for the next year or financially penalize the non-compliant jurisdictions.

“Similar shortfalls were noted for fiscal year 2010 with no withholding or adjustments to the amount of Amoss funds provided to jurisdictions,” the report stated.

According to the fiscal year 2012 report cited in the audit, $339,489 of the Amoss grant funds, or 8% of Amoss grant spending reviewed, were used in a way not allowed by law. This includes “two unsupported payments made by one fire department totaling $24,000 made payable to ‘cash.’ ”

Additionally, the fiscal year 2011 report showed that in a prior year $596,843, or 18% of the Amoss grant spending by eight jurisdictions, were also misused, including one fire department that spent $8,000 on non-protective station uniforms and others that purchased office computers.

The report does not identify the fire departments, which is standard procedure in legislative audits.

Lack of oversight of firefighters association

The Military Department annually gives $200,000 for Maryland State Firemen’s Association (MSFA) administrative costs and $275,000 for grants to the Trustee’s Relief Account, also handled by the MSFA.

However, the audit team found that no procedures to review MSFA accounting records or documentation supporting grant spending were in place. Auditors were unsure whether funds were used in line with original intent, the report notes.

Auditors also found the Military Department’s monitoring of state credit card purchases could have used details like item descriptions and quantities to sniff out bad purchases faster. One former employee made 372 purchases from February 2008 to October 2010 totaling $107,493 and had items sent to the employee’s home address.

The unidentified employee was caught in February 2011 and fired.

27 employees received corporate purchasing cards, as of May 13, 2012, the report notes, and total expenditures for these cards were approximately $780,300 during fiscal year 2012.

The Military Department has since revised its corporate purchasing cards procedures. 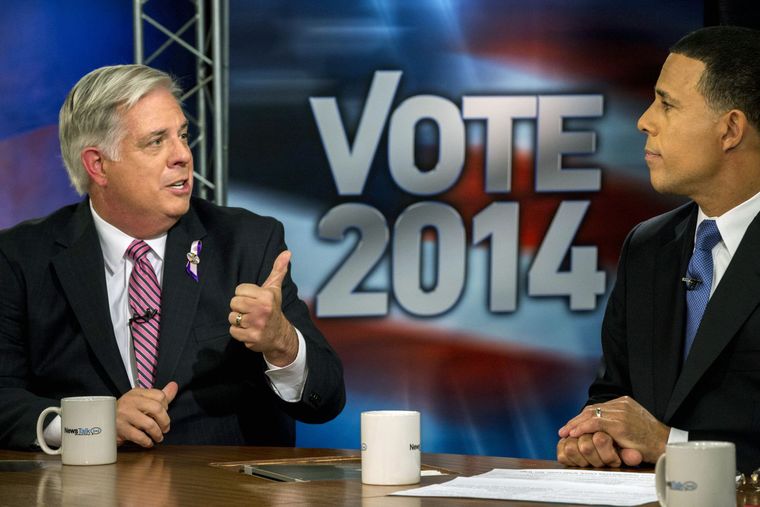 Larry Hogan:  A voice for change in Maryland