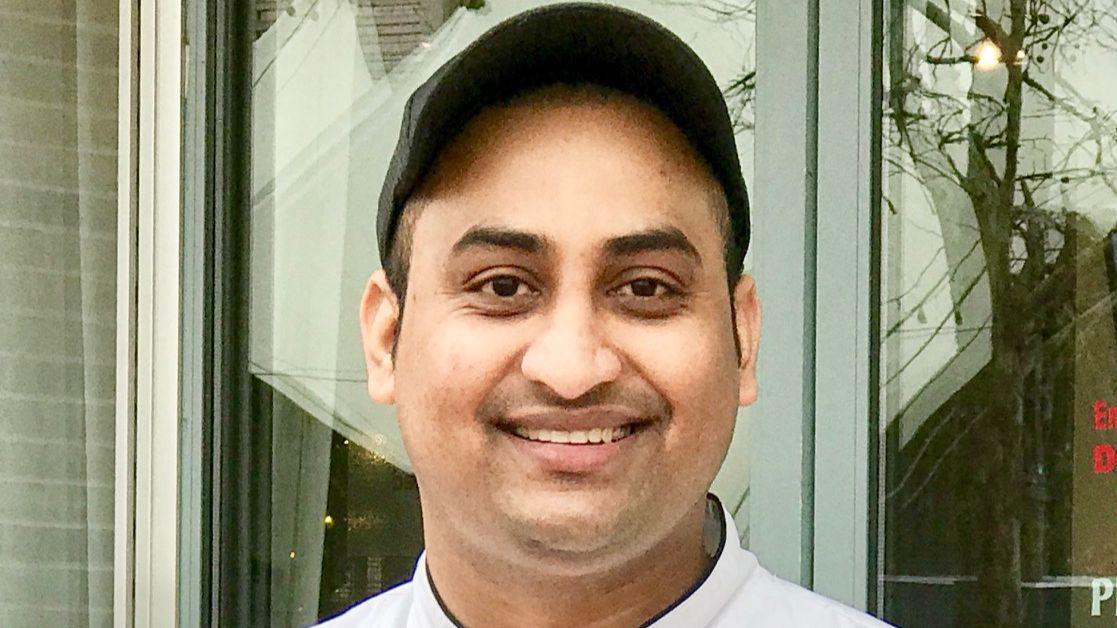 I don’t have an answer to the question if Baltimore Marriot Waterfront’s Executive Sous Chef Kiran Patnam beat Chef Bobby Flay, but we all can watch Thursday, January 11 at 10 pm ET/PT on the Food Network. Flay, who flourishes in competitions, so much so, they created a television show just on that, Beat Bobby Flay. Known as one of the original Iron Chefs in America, there are few who have gotten the best of the chef during a culinary competition.

Chef Kiran came on board as the Executive Sous Chef at Baltimore Marriott Waterfront Apropoe’s restaurant a little over a year ago. He’s done his culinary due diligence over the last 13 years in restaurants across Asia and the United States inclusive of the Ritz-Carlton, JW Marriott, and Gaylord properties. His expertise lies in Indian, French and American cuisine. Not only do his talents lie in food preparation, he has the ability to take simple ingredients and making them shine on the plate.

He’s won the bronze medal in the National Chef Competition in Delhi, India and a Gold Medal, Nestle Culinary Competition. Chef Patnam has had the opportunity to cook at the prestigious James Beard House.

Will all the training, experience, and knowledge be enough to win, to beat Bobby Flay? We’ll have to find out by watching the Food Network, tomorrow, Thursday, Jan.. 11 at 10 p.m.

How Barrett Shepherd went from $7,000 in debt to building a 7-digit e-commerce fulfillment business

The Evolution of the Online Gaming Experience