A moment becomes lucky when a person’s talent meets fortune. The world is filled with talented people who look for opportunities to achieve their goals. Some people discover and work toward achieving their goals independently, while others feel the need to look for external support to bring out their talent. Despite possessing significant skills and abilities, many people fail to acquire success. Considering this situation, it is unquestionable to mention that talent is not enough for a person’s success. The amalgamation of talent and fortune paves the way towards success.

A career is not termed as ‘successful’ until it adds value to one’s life. A person who proved himself to be successful in redefining the meaning of his life is Wendo Mbilizi, a.k.a. Wendo Musaly, a Congolese emerging capable adolescent. Heis a multipotentialite who has excelled in acting, singing, songwriting, and dancing. Before molding into these roles, Wendo encountered the misfortunes of life. Facing these consequences as a child gave him strength and enabled him to learn from it instead of being crippled.

Today, Wendo is a dedicated individual with set objectives and dreams. He utilizes his abilities to accomplish his goals. Indeed, Wendo has struggled hard to have all odds in his favor.

Every Cloud Has a Silver Lining

The individuals who bear the difficulties and appreciate it as a revolutionary period of life view the world differently. Wendo witnessed the harsh realities of life, but he looks back at them as opportunities that led him to the point where he stands today.

Spending childhood in refugee camps, Wendo Musaly had seen life’s unforgiving phases at an early age. He was brought into the world in the Democratic Republic of the Congo on November 21, 1996. Two months after he was born,  the circumstance in Congo went through extreme changes as the nation went into a state of war. At this point, his parents decided to move to another country to keep their kids safe, temporarily. The whole family eventually relocated to Tanzania.

The Band Which Found Hope in Dark Times

Leaving one’s hometown is not easy as it sounds. People face a great many difficulties in adjusting to the new environment and people. They find the constant struggle to be acknowledged. Even though Wendo’s family had moved to Tanzania, they needed to live in refugee camps. There they had to struggle to acquire the necessities of life. Being responsible parents, Wendo’s parents attempted their level best to move back to DRC. Unluckily the plan could not be executed. Being a strong individual, Wendo adjusted to the camp-life and never whined. Growing up, he formed a music band with his companions. Wendo was as young as 11 years old

Living in an exile camp, the group made the most out of even the littlest chances that they had. Guitar and drums were the instruments they used to rehearse their music. After some time, they acquired trust in themselves and started acting on the road or at parties. It was when Wendo discovered the talent within. Gradually he started trusting himself with his abilities; he wanted to pursue it as a profession. Before hopping into the journey, Wendo graduated from Winooski High School in 2020. It was all when his family flew from Tanzania to the USA. All this time, Wendo’s soul was restless to pursue music as a career, and this time, he didn’t relinquish his enthusiasm for music. Instead, he took a shot at songwriting.

Wendo took up the stage name Wendo Musaly and was eager to create an identity in the music industry. He gave his vocation a lift by delivering two music collections including GooDLucK, and Kiboko WE. Wendo also produced his singles that assisted him with emerging out as an independent craftsman in the business. He delivered his EP of five tracks on January 30, 2020. The EP contained the Pourquoi, Give Me That Eh, highlighting Mr. Oli and Q-Boi, Tu’undane, including Lumiere Mbilizi, Kiboko WE, and Je T’aime. Musaly.

Wendo’s ‘Pourquoi?!’ was a collaboration with Mr.Oli that gained him a positive response in August 2018. After its success, he created multiple songs and gained recognition bit by bit. Through his hard work and dedication, Wendo proved that fortune booms talent in unimaginable ways. It is not easy to come this far facing the constant struggles of life, and Wendo has proved to be a successful man.

Although he had a difficult adolescence, Wendo did not allow himself to stress out. He retaliated and didn’t allow his energy to kick the bucket. Indeed, he is a living example of an artist who restores the world’s faith in fortune and how it helps a person win at life. 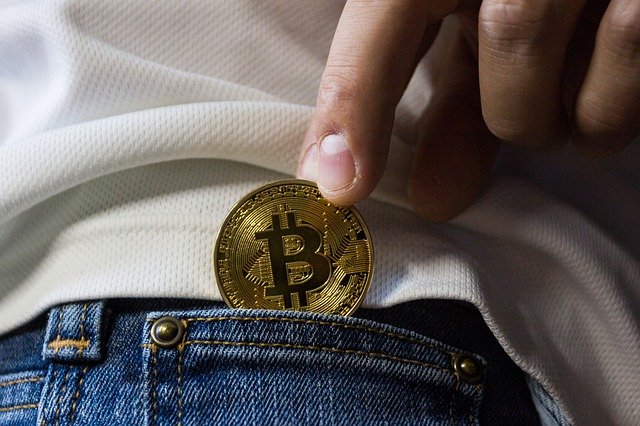 How to acquire bitcoins in the right way?