Many people know that cannabidiol (CBD) products can be great for their health, and a more effective form of treatment than even some of the established pharmaceutical medications out there. But just how does CBD work, and why are scientists finding so many benefits for this compound, which few people had even heard of 10 years ago.

In this post, we will explore why hemp-based CBD products, from brands such as HempBombs, can have such a distinct and unique therapeutic effect. We’ll start by explaining the role of the endocannabinoid system (ECS).

CBD is a compound from cannabis, a plant that consists of many chemicals which we know as cannabinoids – these compounds can influence cannabinoid receptors which make up the ECS. In normal circumstances, the ECS does not need external assistance to function optimally – the body is self-sufficient, creating its own cannabinoid-like chemicals called endocannabinoids. These bind directly to cannabinoid receptors, which helps to regulate variables like inflammation, pain, and mood.

There are many systems in the body that work like the ECS does, with compounds binding to receptors. However, researchers have been unable to appreciate the ECS and the role of cannabinoids until recently, for the simple reason that we didn’t even know the ECS existed. Scientific progress on cannabinoids has been notoriously slow, due to the stifled research caused by the prohibition of cannabis in America and around the world.

Therefore, while the medicinal qualities of cannabis have been known about throughout human history, we are only just finding out why. And by understanding the mechanisms in which cannabinoids and the ECS operates, experts will be able to develop cannabinoid treatments for a whole host of medical conditions going forward.

How does CBD work in the ECS?

The effects of CBD baffled researchers until the discovery of the ECS. While there were studies that showed the therapeutic potential of the cannabinoid (notably as an antibiotic and antipsychotic), nobody knew why. This has changed drastically, as the uncovering the ECS has also brought our attention to endocannabinoids, the most important of which is anandamide (AEA), a CB1 and CB2 receptor agonist.

The body creates anandamide when needed, and removes it via fatty acid amide hydrolase (FAAH) enzymes, to ensure a balanced concentration of the endocannabinoid. ECS issues are typically the result of dysregulation at the CB1 and CB2 receptors, which CBD helps to correct as an anandamide reuptake inhibitor. By stopping the breakdown of anandamide, CBD promotes a higher concentration of the compound in the blood, which serves a regulatory role in the ECS.

That’s not all that CBD does. As a CB1 receptor antagonist, the cannabinoid reduces activity at the receptor. This isn’t as counterproductive as it sounds, and it’s why CBD has anti-psychotic capabilities which may, in the future, help to resolve psychosis and schizophrenia.

If you were in any doubt as to why it’s crucial for your ECS to be regulated, consider that it is vital to keeping both our mental and physical health in good shape – hence why wholesale CBD products have such all-encompassing value as a natural remedy.

A balanced immune system is essential for stopping the proliferation of autoimmune diseases, and the spread of destructive inflammation. This system is notorious for being highly sensitive, and many anti-inflammatory drugs have side effects which can make them self-defeating as a medicine.

CBD helps the immune system in a different way, by regulating the CB2 receptor. Anandamide and other endocannabinoids have immunomodulatory properties, stopping pro-inflammatory cytokines from getting out of control, without turning the inflammation tap off completely. This regulating effect is exactly what the immune system needs and the new link found between it and the ECS could revolutionize the anti-inflammatory drug market.

Opioid drugs are dominating the painkiller industry – while their effectiveness is not in doubt, it’s the side effects and overdose risks which have been causing problems. However, the ECS is also implicated in how the body feels pain, with CB1 receptors – which are part of the central nervous system – holding influence over how we feel pain.

CB1 receptor agonists, like anandamide, have analgesic properties. Studies are now beginning to detail why CBD is effective at managing pain, crucially highlighting that the psychoactive ingredient in cannabis, tetrahydrocannabinol (THC), may be helpful, but not necessary. Taking CBD for pain does not cause addiction because it relieves pain naturally, through ECS regulation.

Your Guide to Fighting Back Against Collection Lawsuits 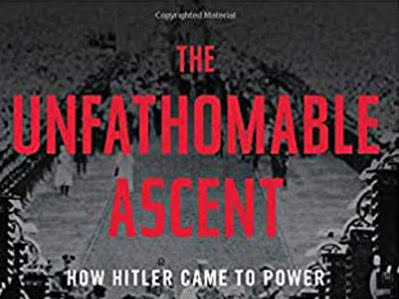 The Rise of Adolf Hitler: From Beer-Hall Haranguer to Chancellor of the German Reich (1925 to 1933) Book Review