With the October 22nd attack on the Canadian Parliament, Americans have been reminded once again of the potential risks of similar lone wolf attacks inside our country. However, terrorist attacks are not new for us. We have a long history of them. What is new is the use of the term terrorism to describe them.

Our nation was founded in part by terrorism. While our history books describe events like the Boston Tea Party as patriotic attempts to escape the bonds of tyranny, in the eyes of England, they were considered acts of terrorism. Colonists had no problems justifying to themselves attacks on British loyalists or soldiers stationed in the colonies just as groups like ISIS have no trouble justifying their horrific acts, which is why terrorism becomes a matter of perspective.

While we have a history of taking part in what we called a slave trade, the Africans hunted down and rounded up in Africa probably saw it much differently. Taking the young and strong by force and selling them abroad was no different than what happens to many groups around the world today. Whether it is a slave trade, sex trade, or any other kind of trade involving humans, human trafficking is an act of terror.

Following the end of the Civil War, terrorist groups like the Ku Klux Klan were allowed to get away with countless acts of terror aimed at striking fear into blacks. Whether it was the burning of a cross, a lynching, or tying up and dragging someone to their death, the Klan’s actions were no less terror-based than those we have seen by foreign terrorist groups. Worse, it took a hundred years for our government to really mount a counter offensive against the Klan, which has only added to the deep seeds of mistrust many blacks have today of our government.

During the 1920’s, our nation saw acts of violence against our government by the growing communist movement that we refer to as the Red Scare. Americans worried this movement would grow and threaten to take over our country if left unchecked. However, its members saw themselves in the same light as the colonists did in the 1770’s. Both viewed themselves as revolutionaries looking to free the people from an oppressive government. Again, it is all a matter of perspective as to whether or not they were to be feared or admired for their actions.

If you are like me and are a child of the 60’s and 70’s, you probably remember news stories of skyjackings and Americans questioning whether or not it was safe to fly. The skyjackers viewed themselves as bold freedom fighters while passengers probably remember them more for the fear they put them through.

There was also the Black Panther Party whose cause included killing judges and cops. They wanted to strike fear into the hearts of white America and encouraged young blacks to take up arms against their government. Was that any different than ISIS using the internet to encourage young converts to do the same in our country today?

During the 1980’s and 90’s numerous Christian extremist groups used terrorism to strike fear into the hearts of those working in abortion clinics. Not only did they feel justified in blowing up clinics or the homes of doctors and nurses who worked at them, they believed they were doing the work God intended them to do. The only difference between them and a suicide bomber who blows up a crowded mall in Tel Aviv is one dies for their cause while the other lives to plan more attacks.

When a truck filled with explosives was driven by an American into a government building and exploded in Oklahoma City in 1995, it was called an act of a mad man. If it was done by a foreigner or took place overseas, it becomes an act of terrorism. When inner city gangs kill innocent people in drive by shootings, we call it cold blooded murder when in truth, it is an act of terror designed to inflict fear and to influence the behavior of others.

We have to admit to ourselves that terrorism has existed within our borders for as long as we have been a nation. Still, our government is afraid to use the term and now uses phrases such as lone wolf attacks so that we do not appear weak or vulnerable both at home or abroad. The truth is, we are vulnerable and it is time to call out terrorism on multiple levels and not single out a few foreign groups. Like they say in rehab, you can’t fix the problem until you admit there is a problem. Terrorism is a problem within our borders and it is time to admit it.

Income inequality: Danger ahead in the 21st Century 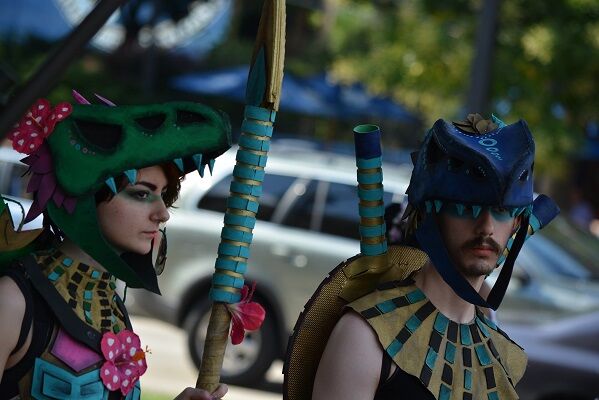