BALTIMORE– On the surface, one wouldn’t think that a scripture touting woman and a tassel-twirling stripper would have all that much in common. True, both might agree with the writer of Genesis that it is not good for man to be alone. Still, the differences between the two camps are precipitous and profound.

Or are they? Consider, for example, the following quote, and ask yourself:

Who said this – a Christian icon from the 1970s or a Burlesque star of today?

“A Total Woman caters to her man’s special quirks, whether it be in salads, sex or sports”

Pointe, (who will be appearing this Saturday night at The Creative Alliance in Highlandtown), wasn’t alive in 1973 when Morgan penned her best-selling book, The Total Woman. Coming when it did, at the height of the women’s liberation movement, Morgan’s tome raised more than a few eyebrows with suggestions about how a woman should please her man; such as greeting your husband at the door wearing nothing more than Saran Wrap.

Admittedly, Pointe doesn’t advocate cling wrap costumes. Still, she is raising eyebrows (along with the batter-covered beaters of her bright green blender) with a blog and a video trailer which celebrates sexy moves, along with other zesty seasonings. Pointe’s take on what a good woman can do to please the man in her life includes feting him with black silk stockings, an earthy red wine and a heathy dose of down home cooking.

The talented burlesque star grew up in nearby Takoma Park, Maryland, in what most would recognize as a fairly middle-American existence. Mom stayed home and took care of the cleaning chores while preparing three hearty meals a day. Dad worked a 9-5 job and handled the “man” stuff – lawn work, house painting and upkeep of the family car. Some might snicker at this unintentional homage to Ward and June Cleaver. But Pointe sees the value of her parents’ nurturing in the lessons she brings to her own home life.

Unfortunately, Pointe was rebuffed when she went to sign up for auto shop class in school. Undeterred, she asked her father to teach her the rudiments of automobile repair.

So how did this would-be Donna Reed with axle grease become the Stripper Housewife?

“I’ve been dancing all my life,” offered Pointe. “I have a degree in Dance and Choreography. But I discovered burlesque when I moved to New York after college in 2003. Somehow, I happened into a class and started doing it just for fun. Eventually burlesque became my full time job. I felt like I found my true passion for performance when I started burlesque; like it was meant for me!”

Pointe parlayed her skills as a dancer into countless solo jobs and into touring gigs with The World Famous Pontani Sisters – moving seamlessly from energetic go-go numbers to seductive burlesque routines. Then four years ago, Peekaboo Pointe got into stripping.

The free-spirited Pointe admits there is a big difference between doing burlesque and working as a stripper. One, she says, is a creative performance art; the other is a business.

“When I started working in strip clubs, I had always been curious about (that scene). People asked me what the difference was between burlesque and stripping. After all, in both places, you’re taking off your clothes. I never could really answer, so I thought I would go and figure it out.”

Pointe says she found her answer and stopped stripping a little over a year ago. “I loved my time in the strip clubs and had a blast. But it was time to focus on burlesque full time.”

And time to get back to doing what she enjoys the most: cooking and pleasing her man. Pointe says she originally got the idea for the Stripper Housewife about five years ago when she really got into cooking.

“I was married at the time, and it became a fun hobby to blog and cook. I’m no longer married, but the best part of (that time) was the meals I made for my husband.”

Finding a new love after her divorce meant firing up her green mixer again – but this time with a modern twist. Pointe says her significant other is a Vegan.

Being involved with a vegan has afforded Pointe the opportunity to flex her creative culinary muscles and in the process find new ways to kindle the fire of romance.

“Right now, I’m enjoying the challenge of cooking for my mostly Vegan man. I love making something traditionally meaty and turning it into a vegetarian dish. Then setting up a table cloth in the living room with a nice bottle of Lambrusco or dry red wine and having a picnic inside!”

Somehow, between baking, blogging and her burlesque act, Peekaboo Point found time to create her own Stripper Housewife how-to video. The final product, which is in post production, will be released sometime later this year. Meanwhile, the trailer (which may be watched below) is generating excellent responses.

Seeing the aplomb with which Pointe moves about both the stage and the kitchen, the Baltimore Post-Examiner asked if she found inspiration in any particular person or performer?

“I get my inspiration from a ton of different places. It could be from some of our legends (performers from the original days of burlesque) and a lot of times, it’ll be from movies, songs, paintings, a walk down a city street or really anywhere that will inspire me. Inspiration is everywhere!”

Inspiration also continues to come from her parents, who Pointe lovingly allows may be her biggest fans. Pointe proudly proffers that her folks have been completely supportive of her endeavors and have even been to some of her shows.

And what of Marabel Morgan? This reporter wondered if Pointe had ever heard of the woman who launched a thousand Saran Wrap surprises.

“I had never heard of her until I Googled her for this interview… all I can say is wow! How did I not hear of her? I can’t form an opinion yet, but you can bet I’m going to delve into that one!” 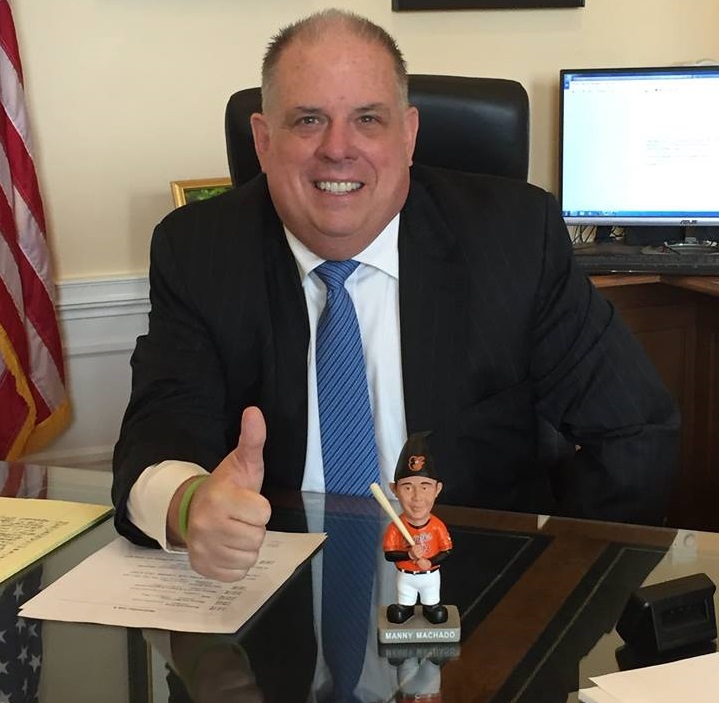 Who believes in Maryland polls? 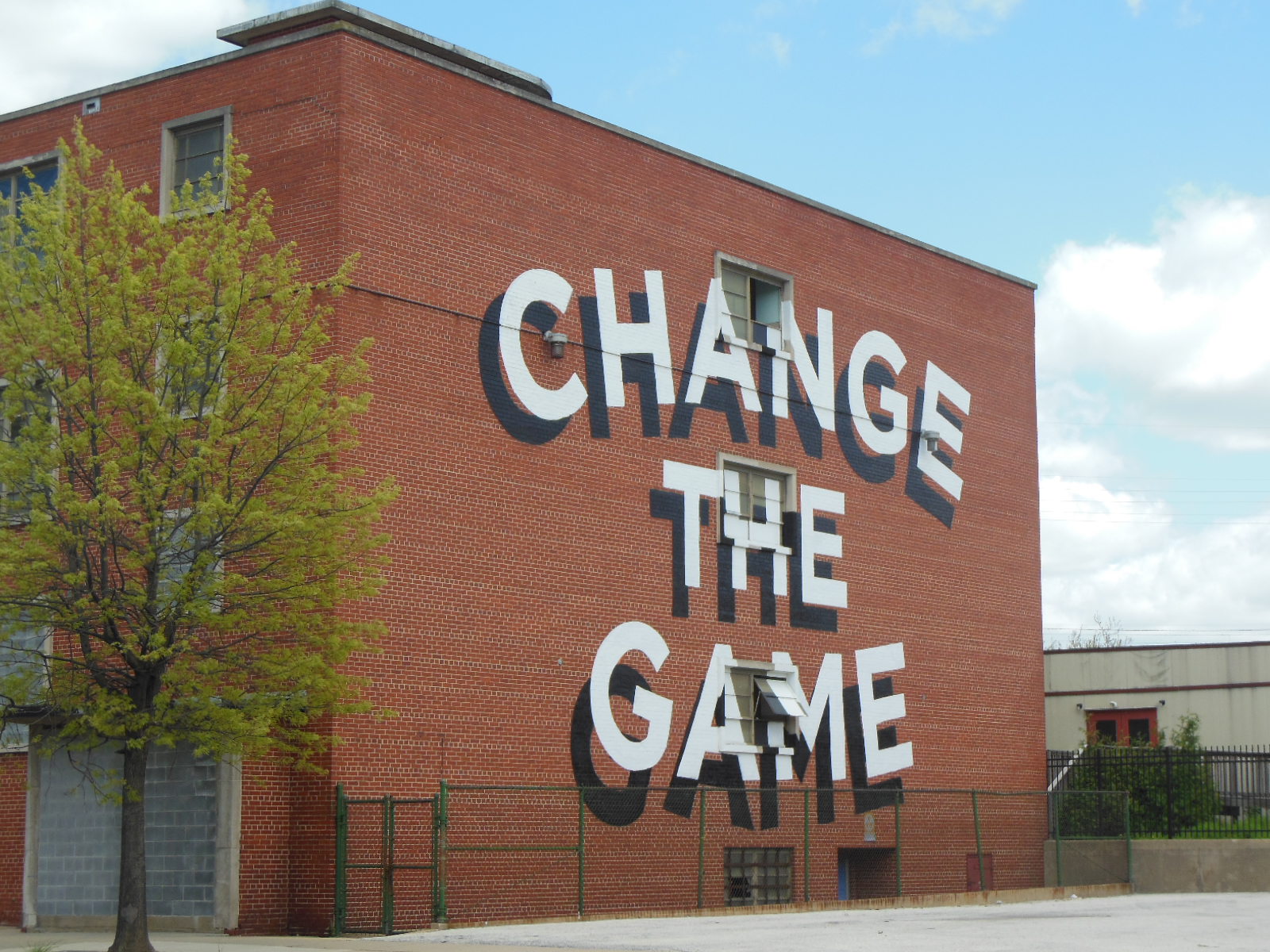