Lies from the past and a dangerous present collide when, after fifteen years in exile, Michelle Miller returns to her tiny hometown of Lorida, Florida. With her mother in the hospital, Michelle is forced to reckon with the broken relationships she left behind: with her family, with friends, and with herself. Forced to confront the life she turned her back on fifteen years ago, Michelle begins questioning what was truth and what were lies.

The Baltimore Post-Examiner is proud to present an excerpt from Sinkhole (2022 University of New Orleans Press) — an engrossing debut from Baltimore-area editor and publisher Davida Breier. A darkly comic coming-of-age novel immersed in 1980s central Florida, Sinkhole is a skillful exploration of self-hood, home, friendship, and grief — set amidst golf courses, schools, mobile homes, and alligators. Sinkhole is available now from University of New Orleans Press; through major outlets; and at neighborhood bookstores.

When I was eighteen, I killed my best friend.

It’s all I can think about as I start my car. I should be thinking about my mother, who is lying in a hospital bed. I should be a better person. A good person wouldn’t be fumbling for justifications, trying to hide.

My brother Michael called last night. We barely speak. He said I should probably come home. He probably didn’t mean to use the word “probably” because his meaning was absolute. I could hear the accusations without him making them. His civility was cutting. When he said my name, the “M” in “Michelle” was so crisp and formal.

Instead, I’m wiping the dew off my car windows and throwing a grocery bag onto the backseat. I’m buzzing inside, the snap-crackle of a night spent trying to drown out the shouting in my head. Voices telling me what I should and shouldn’t do and what I should have done. I know I must have slept at some point, but it wasn’t enough to face driving to fucking Florida. To face going home. 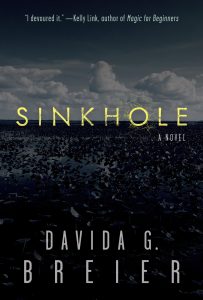 I’ve avoided Central Florida for fifteen years. That’s not true. I can’t even state simple facts without lying. I’ve avoided who I was — who I am — for fifteen years. Florida got all mixed up in the blame. I left and never went back. I couldn’t go back. I got what I wanted and left everyone behind. My escape became a prison.

Home. I think of that word and feel a piece of newspaper rasping against my fingertips, fluttering to the ground. I hear a phone receiver slamming down. I see “I’m scared” scrawled against the inside of my eyelids when I close them. I hear, “…out of our lives forever.” I’ve blocked those thoughts, those words, for years. My only peace has been oblivion. I want to stay there. In my head, home isn’t a safe place.

Holidays and birthdays came and went. It started with the small lie of, “I can’t miss school,” and that lie bloomed into “I can’t get anyone to cover my shift” and “my boss won’t give me the time off.” The tried-and-true lies of familial avoidance. After a while, they quit asking. My mother still calls, and sometimes I can’t bring myself to answer. When we do talk, we never say anything. We pretend. We stay on script. My job, her job, my brother’s job, who died, and the weather. My brother stopped calling years ago. They both know I am lying.

I don’t know why Michael asked me to come home. I know he doesn’t really want me there. They are better off without me. But then I think of Gladys A. Anderson.

My name is Michelle A. Miller. The A is for Ann, but I’ve never been told why. Maybe they thought the Ms needed something in the middle, like the pivot in a seesaw. Like it would balance me. My name should be an immutable part of who I am, but it isn’t. At work, I call myself Anne.

Ann Miller, the actress, was born Johnnie Lucille Collier. When people are called something else, it is usually to hide from who they were. I work in the medical records department at a hospital in suburban Atlanta. I’m single. I live by myself. No children and no family history of cancer. I am not pregnant or on any medications. My pain level is between one and two, physically speaking. My emergency contact is a TV character with a fake phone number.

These are the kinds of personal history questions I stare at all day long. Furthermore, I don’t have a cat, and I drive an anonymous-looking tan 1992 Ford Escort. These are reasonably truthful, utterly meaningless facts.

As I read and file intake forms, I always wonder about the people. What do all the boxes of information represent? Is “home” an address or a place? Did anyone care for the person after the car accident? What if everything on the forms is a lie? When work is quiet, sometimes I fill out the forms for myself, creating new lives each time.

Each one is as true as my employment application. I don’t like who I am, so I hide and pretend in order to get through the day. I’ve always wondered if my father took part of me with him when he died. Or if I would always have been like this.

When I was a child, I used to tell people my father was killed by a giant snake. Two lies and a truth. He did die because of a snake, but it wasn’t very big, and it didn’t kill him. A baby corn snake had crawled inside his car and decided to explore while he was driving. He freaked out and lost control of the car. A melaleuca tree killed my father.

The giant snake made his death sound heroic instead of meaningless. I would pretend that the snake had never crawled into his car or that I’d stepped on its egg, and it was never born. I would imagine a perfect life, with dad radiating at its center. At eight, I learned that little, harmless things could destroy everything without sense or reason.

The Florida Highway Patrol found my father in the waning moments of his life, clutching the tiny snake, screaming that it had killed him. They could have avoided putting that detail in the report, spared us knowing, but they didn’t. It was one of those stories that ended up as yet one more Florida punchline. A story to be passed around so people can laugh at death instead of fear it.

My mother was unhappy with the obituary the Sebring Herald published based on the police report. It sounded like every other obit the paper ran, except for the snake. It read more like the snake’s obituary.

“Walker Frances Miller died on Wednesday, September 22, 1976, in a
freak car accident along State Road 70, east of Okeechobee. Mr. Miller
had been distracted by a juvenile corn snake, a common nonvenomous
reptile native to Central Florida, causing him to run off the road. He
is survived by his wife of 10 years, Penelope (Penny) Dean Miller; his
stepson, Michael John Dean (12); and daughter, Michelle Ann Miller (8).
He was 41 years old.”

Details like name, age, occupation, and surviving relatives were fill-in-the-blanks on death’s Mad Libs. People sounded like they had always been corpses. Mom showed up at the small newspaper office and overwhelmed the editor. She demanded that they allow her to write a proper obituary for Dad. Her grief was still fierce and alive, and it showed in her work. Once he read what she’d written, he agreed to publish it. It may have been a slow news day.

Mom wrote about Dad as he had lived, about his favorite beer and his irrational hatred of avocados. She talked about him as a father and a husband. She described him as a man who rooted for the castaways to get off the island, knowing full well the show would be over if they did. Mom included a photo of him from when he had long, curly hair and a mustache. He was clean-shaven and balding when he died. Few people remembered he had ever had that much hair. It was my hair. He looked young and vibrant like he had just told a joke and was patiently waiting for you to get it.

People who didn’t know my father suddenly missed him. People who had laughed at how he’d died felt guilty. And there was no mention of the snake. Mom made his death have meaning instead of being a punchline.

Dad provided my mother with an accidental vocation. After her version of the obit ran, people called the newspaper office asking for the person who wrote about the snake-accident guy — that kind of accident didn’t happen in Florida as often as you might think — and people started asking my mother for help when they lost family members and friends. Especially when the dead guy was a bastard. My mother could make almost anyone sound respectable on a Sunday. Eventually, the newspaper asked if she wanted a job. There were a lot of old people in Florida, so obits were a good racket. Especially when you could get relatives to pay for photos and a few extra column inches to assuage their guilt for not coming to visit more often.

People told my mother their stories, and she created loving fictions for the dead. She made people sound like they lived as they’d always dreamed of living. She knew how to describe a rich and colorful life in three inches. She helped people who had almost faded out of existence come alive again. She understood grief. She often provided more closure than the funeral services. But, after her obit for Dad ran, we never talked about him or what had happened. We — she, my brother, and I — lacked what she could somehow give to other people.

Most of the obits were as truthful as my story about my father having been killed by a giant snake, but they were the truths people wanted to read and remember. Better yet, people paid to read them, to clip them and frame them next to photos that captured idealized moments at Sears Portrait Studios. Paid to remember things as they wanted them to be, not as they were. Memory can be bribed like that.

As I drive out to the highway, I think, “These are relatively safe memories. I can almost cope with these memories.” The night voices are shrill and unreasonable, but the day voices aren’t as bad. The irony that my father’s death and obituaries are safe memories isn’t lost on me. The bittersweet ache for my father has always been there. Memories of him, the few that I have, are always comforting.

I can feel other, more dangerous memories pounding to be let out. They are the ones that sneak through in the middle of the night and when certain songs come on the radio. I still can hear Sissy’s laughter. I have fought to keep these memories contained for years.

The weight of the drive hits me as I pull onto I-75. I have at least seven, more like eight, hours of driving ahead of me. I crank the driver’s side window all the way down, and sultry air fills the car. The sun starts rising hard and fast.

Davida G. Breier is a writer, editor, photographer, and pencil pusher. More importantly, she is a friend of Wayne Countryman’s.

Front Stoops in the Fifties 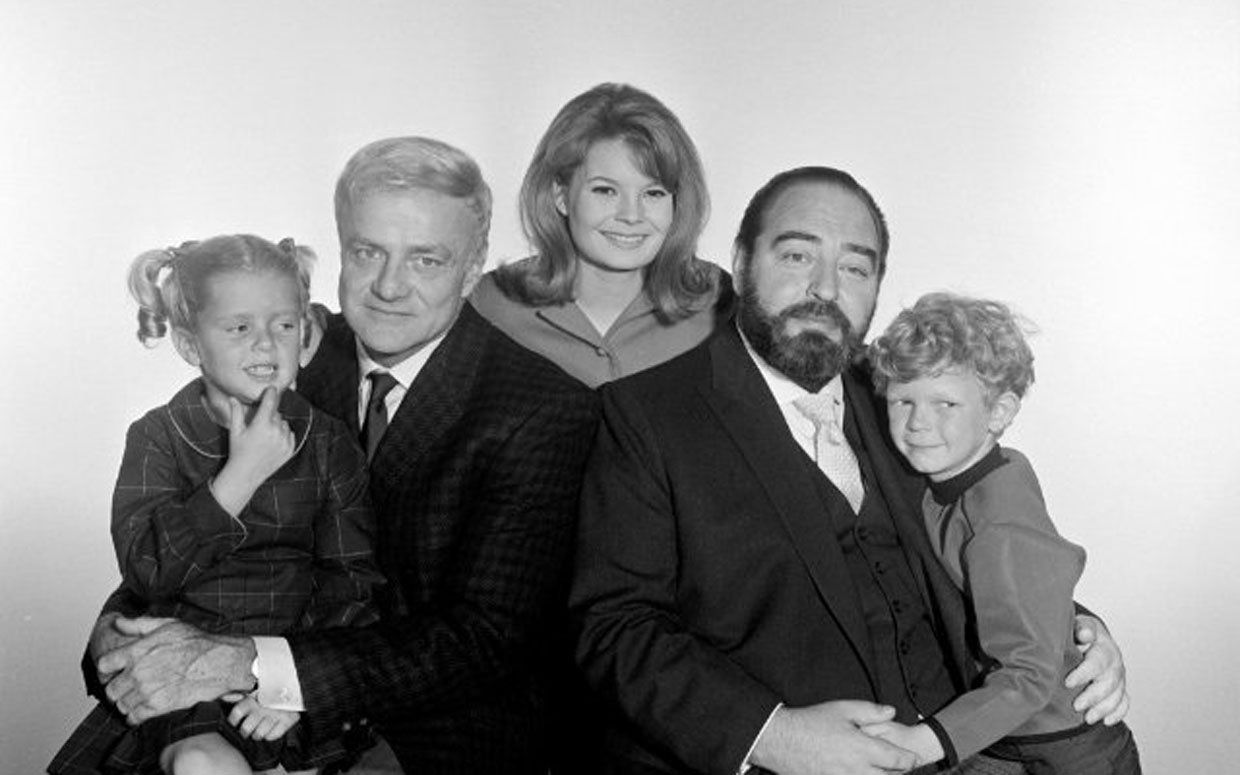 Family Affair actress looks at X Child Stars: Where Are They Now?