That’s because SheROCKS is not just a networking event; it’s an event designed to uplift women entrepreneurs.

Traditionally, at a networking event, entrepreneurs work their way around the room, try to mingle with as many people as they can, exchange business cards, make new contacts, smile optimistically—drink in hand, perhaps, or a plate decked with hors d’oeuvres in the other—you know, typical networking stuff.

But as a registered vendor at SheROCKS, Karamoko let the business come to her.

“It kind of works better, because the way that they come to the tables, they already view you as a business owner, so they already know what you’re about,” said Karamoko, the chief creative officer of Masani, an online retailer that offers accessories to professional women.

She wasn’t the only vendor.

U Street’s (DC) Jinsei Juice, Atlanta and Chicago’s La’Roux Cosmetics, the DC-Metro area’s Get Plated, Serenity Skincare, Popcorn Queens, and Pink Zebra, among others, were vendors as well.

Vendors aren’t some side feature of the event, as you might expect they might be at some typical concert. Rather, they are deeply embedded in the fabric of the event.

Each year, for the past four years, in what is becoming a staple event for women-owned small businesses, folks gather at this event during the end of Women’s History Month (March) to honor up-and-coming women artists, entrepreneurs, philanthropists, and movers and shakers.

“It’s not that often where women in the arts and women in the business who are underexposed, who are under recognized really get the opportunity to shine, really get the opportunity to be celebrated on a level outside something merely being a talent show or strictly being an award show,” said Gaines in an exclusive interview with the Baltimore Post-Examiner.

Vendors deck the hall of the District Architecture center. Models, at one point, toting Kristina George’s luxury handbags and wearing Planettogs designs, breeze through the runway, bringing all eyes towards them and the vendors surrounding them.

By the vendors is a “sweet bar,” a table with cupcakes, candy,  and other sweet treats.

Near the stage is DJ Yani playing the tunes. Singers, spoken word poets, musicians, perform near the street window. Onlookers stop and look through the window at some of the talent before moving on down 7th Street NW, Washington, DC.

Gaines, along with her host Nicole Walters, introduced the honorees.

Event goers go from fashion, to food, to fragrances, to musical and poetic fun, all throughout the event.

Nothing stands still at SheRocks—at least, not for long.

Perhaps the most interesting part of SheRocks 2016 is that it happened at all.

In 2015, still on the high from last year’s SheRocks event, then 27-year old Gaines was diagnosed with stage 2 triple negative breast cancer, an aggressive form of breast cancer that, in all likelihood, ought to have metastasized and spread throughout her body.

“I survived and most people don’t,” Gaines wrote in an Instagram post. “I danced in the face of pain, I trusted my God, I found immovable faith and immeasurable love while enduring the storm.”

During her chemotherapy treatments, Gaines was not working.

“I lost everything,” Gaines said. She had to live on her savings. “I’m a business owner,” she continued. “If I’m not working, I’m not profiting.”

Now cancer-free, officially as of February 10, Gaines is back working for herself, giving public speeches, and (you betcha), telling her story of how she became cancer-free.

Although her trials were difficult, quitting wasn’t an option for Gaines.

“So me saying I’m going to quit or this event can’t happen because of what I been through, number one, I felt like it would have been an excuse,” Gaines said, “and number two, I wouldn’t have just been letting myself down, I would have let down so many women who are empowered and who are elevated because of the event.”

Sabrina Heim, one of the 14 honorees at the event, was one of them.

Heim, the SheROCKS Fashion Designer of the Year, said during her acceptance speech that she lost her house and her job, had been homeless, and lost her mother.

Gaines offered free brand strategy and marketing for “The House of Heim,” Heim’s fashion company, and also raised the funds to get Heim to the event—mind you, Gaines started with zero dollars to make this event happen.

Even though one sponsor pulled out at the last minute, Gaines still managed to get the funds for SheROCKS by partnering with PopChips, Dry Sparkling, 5-12 Dessert Boutique and Lounge, Lash Dolls on the Go, among others.

Young said that small business owners need all of the help that they can.

“It’s not as if they are all Walmart or Target where the business comes to them,” Young said.

Chargaux, a NY strings duo honored as Artists of the Year at SheROCKS 2015, played at a Coachella 2016 brunch. Jasmine Crowe, SheROCKS 2015’s Woman of the Year, received a grant from the Awesome Foundation this year to expand her “Sunday Soul” pop-up restaurant program for the homeless in Atlanta.

Gaines plans on taking SheROCKS to other cities.

“I don’t want it to just be a United States thing,” Gaines said. “I want to impact women globally.”

To read about the rest of the honorees and artists, visit SheROCKS. 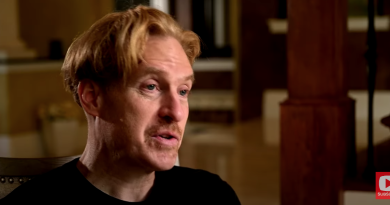