Sexual assault is not something that should be a hot topic. It shouldn’t be trending, but the truth has reared its ugly head again, and now the public is all ears … for about fifteen minutes. Many women are taking this chance to speak up. The “Me Too” hashtag has drawn much attention, as well as the respectful counter posts on social media, reminding others that such an admission may be too personal and is not demanded by those affected by sexual violence or coercion. In any case, a much-needed (and delayed) discourse is finally breaking the surface.

For those not particularly impressed by social media or anecdotal shares, RAINN (The Rape, Abuse & Incest National Network) has several troubling statistics on the prevalence of this extremely systemic problem. They estimate that about 6 of 1,000 predators will actually serve time for their crimes, and state: “7 out of 10 rapes are committed by someone known to the victim.” One fact may partially explain the other. Just as Hollywood has defended and covered for a wolf in their midst, so the power of familiarity in personal, professional and religious circles can serve to protect perpetrators who are part of the “in” group.

But none of this ought to shock anyone, from a reasonable standpoint.

While our culture is still catching up to a standard that sees children and women are more than property after years of our legal precedents indicating otherwise, we remain quite blind to this one truth about sexual predators: They aren’t in it for the sex.

Rape, coercion, molestation and boundary crossing are almost always about power and control. On that note, two important points must be made regarding Harvey Weinstein and his ilk.

Regarding that first point, I will state here that I personally know many men who have been taken advantage of in their naivety or youth and coerced or otherwise forced to participate in sexualized behaviors. It is not a problem that we should be connecting with gender, or women’s rights, however tempting that may be. That limits (and understates) the scope of the problem, thus limiting the potential for a true solution. It is a problem of power, and it always has been.

Why are the self-proclaimed righteous everymans of this country bashing Hollywood and the film industry when their families and friends are riddled with people who fail to turn in the child molester because he’s a family member, or it would hurt his close family (whom he would “never” touch, of course) or because he has only done it once?

Please do not waste time bashing the gutless artists and corrupted performers when your religious organizations have condoned and protected priests and Sunday School teachers who have continued to abuse their position of power.

Don’t go bashing Hollywood insiders for applauding jokes made about sexual predators when at least they had some people in their midst trying to get the truth out there, in some form. (This is, of course, in reference to the criticism of Seth MacFarlane’s now highlighted one-liner about Weinstein at 2013’s Oscars nominations for the year prior. Watch the video here.

Family values are not nearly as endangered by sex, drugs, cursing and atypical parental figures as conservatives, the FCC, or your average TV evangelist would have you think. If that were the case, many childhoods would be ruined and many others would be saved! No, the codependent nature of our family systems that protects perpetrators by dismissing or even blaming children is just as much at fault as a damn casting couch.

We cannot pretend that the nature of this epidemic rests on one system of power, be it Hollywood or the political realm, when we still have hierarchies either promoting or simply providing for predatory behavior. To those saying “Boycott Hollywood,” I would challenge them to try boycotting family. See how much sense that makes?

Correlation does not equal causation. We must recognize when there is an undue need for approval in families, and reassure a child that they are not responsible for making any adult feel good. When boundaries are crossed at the workplace, reassure our coworker that they are in charge of who gets to touch their body while they are earning their paycheck.

If the religious organization you belong to has strict notions about who gets to have sex in the privacy of their own home, have a little faith that your God will surely attend to such matters if they are truly relevant, and think twice before trusting any of their sex-obsessed clergy alone with your child.

At the end of the day, these are all easy statements to make, but sentiment is difficult to turn into effective legislature or even unwritten societal standard. This fire has indeed caught some attention, but the trick is seeing through all the smoke.

Top photo is  YouTube screenshot of Harvey Weinstein at the 2014 Oscars.

Bill Cosby: Is he a serial rapist? 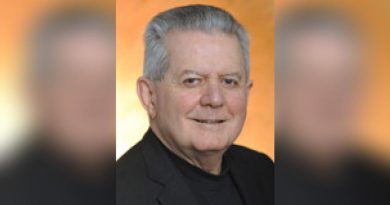