Turnaround Tuesday, a program that helps formerly incarcerated individuals and others looking for a fresh start to re-enter the workforce, was awarded the 2017 Henrietta Lacks Memorial Award  Saturday, Oct. 7 in Baltimore.

The program, part of the nonprofit Baltimoreans United in Leadership Development, is so named because staff members and volunteers meet Tuesday mornings with unemployed and returning citizens to provide job readiness training and connect them with employers. To date, Turnaround Tuesday has helped over 300 people gain employment in the Baltimore area.

The annual award was established by the Johns Hopkins Urban Health Institute (UHI) in honor of former Turner Station resident and Johns Hopkins cancer patient Henrietta Lacks, whose cells helped make ground-breaking advances in medical research and serves as an enduring reminder of her contribution to medical science and to her community.

Each year a Baltimore-community based organization that is working in collaboration with Johns Hopkins University to improve the health and well-being of Baltimore city residents is chosen by the selection committee to be recognized and receive a $15,000 award.

UHI director Bob Blum, MD, PhD, explained the significance of the award before presenting Turnaround Tuesday co-directors Terrell Williams and Melvin Wilson with the award at the annual Henrietta Lacks Memorial Lecture on Oct. 7 in Baltimore. “This award is about recognizing excellence. It is about recognizing efforts in the community that help sustain and advance not just the community but the people who live here.”

“We represent many people in Baltimore city who believe people deserve a second chance. We listened to people on Baltimore corners who told us over and over again that all they wanted was a chance to re-connect to true employment,” said Mr. Williams.

Latish Walker, a Turnaround Tuesday program participant and now Johns Hopkins employee, discusses his experience in a video about the program. “I went through the six-week session and now I am able to be employed through Johns Hopkins Hospital. I’ve gone from being homeless to owning my own home and taking care of my children and that is because of this movement.”

The $15,000 award will help Turnaround Tuesday continue to help Baltimore residents get back on their feet and enhance their well-being. 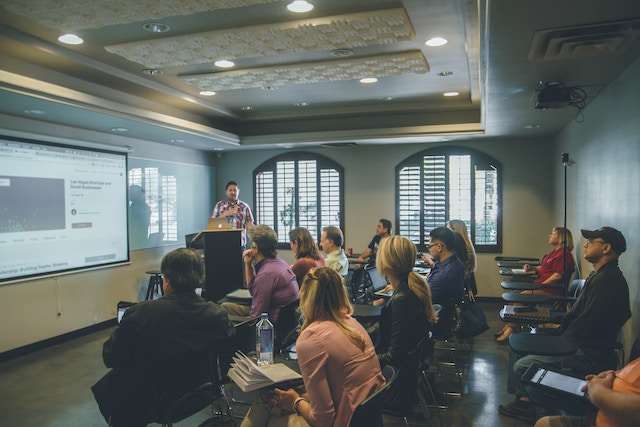