I know the exact date my son will be born. Even the time of day. I don’t just have a hunch or a general sense. I’m talking, we are on the calendar to give birth on a specific date and time.

This is an insane concept to me, and one I’m pretty mad about. Thanks to a stubborn placenta, I’m facing a scheduled c-section, rather than the natural, vaginal birth I had planned. I always believed the baby should come when he’s ready, that he would decide, that he knew best when he was fully cooked and prepped for the world. But not in this case. He has no say in it. The doctors do.

Apparently it’s not safe for me to go into labor naturally, or to labor at all, really. I actually had one doctor say to me “you could die” in response to my insistence that we consider letting me carry to 38 weeks or so, referring to the risks of spontaneous labor. I guess he’s the expert and all, so here we are on the books.

I could go ahead and send out birth announcements now, in advance of his birthday (assuming he stays in there until then).

This, of course, wasn’t how it was all supposed to go down. My first son was born naturally, albeit super quickly. My water broke at work and four hours later, he was here. I couldn’t have had an epidural if I wanted one – I arrived at the hospital doing the tell-tale lean in the wheel chair, signaling to all the nurses that I was a “direct admit.” This baby was coming fast.

But we had planned a medication-free birth all along. We trusted the whole process. The baby knew what he was doing; I was preparing mentally and physically for an entirely natural event. This is what women’s bodies were built to do, and babies have been doing it without much thought for eons. I wanted to be present and aware of every bit of my son’s first moments in the world.

This time, my son will be removed surgically, weeks before his due date.

I hear you: stop whining. Get over it. A full third of babies are born this way in the U.S. If it wasn’t for the surgical option, many woman and babies wouldn’t even survive childbirth. I understand that intellectually. I get that this is just what c-sections are intended for (as opposed to those that are scheduled out of convenience rather than medical necessity). I get that it will save my life and the life of my son.

But knowing that doesn’t make me any less sad. Well, maybe a little. And I also get that as soon as he’s here, I won’t give a rat’s ass how he got here. I had one woman tell me – you either blow out in the middle or in the bottom. Either way, it ain’t pretty.

It does seem a fitting end to a pregnancy that has mirrored that of my first son. I’ve been uncomfortable and giant since Day One. I ache in places that never bothered me with my first. I’ve been unbearably tired, and the anxiety level has been astronomically higher than any fears I had with a first pregnancy. This kid has been sitting low for months, and he has persisted in lying transverse, so that my sides expand with his kicks and at times, my stomach looks like I swallowed a torpedo. I can’t imagine he’s very comfortable in there.

During my first pregnancy, I had the time and luxury of naval gazing, attending regular prenatal yoga classes, and pondering the wonder and beauty of what was happening inside of me. I made sure to eat only the healthiest – ok, mostly – foods to boost my pre-baby’s brain power. I read all the books and reveled in my new role, and the one I was soon to assume.

This time, I’ve spent my time trying not to freak out after every doctor’s appointment. I’ve fully given in to cravings for ice cream and hamburgers. After a day of working and wrangling a 2-year-old, I’d rather lounge on the couch eating cookies and watching re-runs of Parenthood on Netflix than do a downward-facing dog. I waddle. I’m fat. I’m tired. And I complain. A lot.

And soon enough it won’t matter. He’ll be here, ready or not, and it will be fine. I’ll be so excited to meet him – and really, so excited to be done with this pregnancy – that the struggles of the last nine months will fade. Isn’t that how it works, why women go on to have second and third (and more) babies? Something magical happens and they immediately develop pregnancy and childbirth amnesia (surely my first wasn’t the walk in the park I remember it as)? Shoot, ask me in about six months – maybe I’ll be wanting a third.

Different Types of Van Insurance Covers to Go For 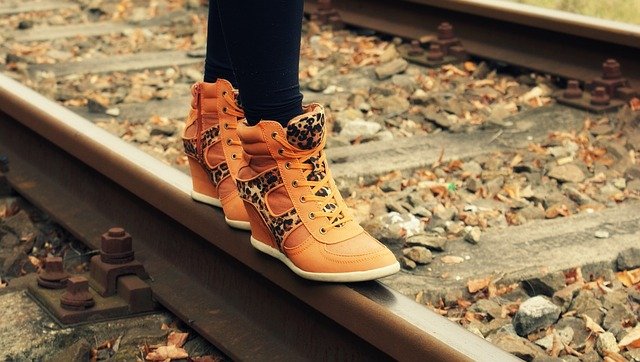 Your Guide to Choosing the Right Footwear for Every Occasion

2 thoughts on “Scheduling a birth”