After my 20-week ultrasound a while back, my doctor called to say oh-so-nonchalantly that I had a “low lying placenta.” In her voicemail, she said we’d just monitor it on ultrasound and it was likely to resolve.

But I heard, “You’re at high risk and should panic immediately and often.”

Before calling her back, I turned to Google, which diagnosed me with placenta previa, where part or all of the placenta is covering the cervix. Nine times out of ten, the placenta migrates as the uterus grows and it’s not a big deal.

But in some cases, it doesn’t move, which is bad news for lots of reasons, mainly that you can’t attempt a vaginal birth with a bloody placenta in the way. Google also tells me that I’m at risk for bleeding and premature birth. The internet pretty much confirmed my worst fears: that I’d hemorrhage and die on the table while trying to deliver a preemie baby.

On talking with my doctor, I realized it wasn’t quite time for worst-case-scenario panicking. Not yet. The placenta could move, it probably would, and surely I’d have the natural, loving, peaceful natural birth I wanted.

But now I’m at week 32 and no such luck with placental movement. Luckily — and hopefully writing this won’t jinx it for me — I haven’t had any complications or bleeding. Yet. I feel like I’m on Placenta Watch 2013, as I have been in for scans every few weeks, after which all my concerned friends and family asked for a position update. The latest is that it has inched (or centimetered?) a bit but still isn’t in a cleared position for a vaginal birth. Yes, technically it’s not even the placenta that moves, but rather the uterus that expands downward, forcing the placenta away from the cervical opening. But really, you should rely more on WebMD for the specifics.

I dreamed the other night that I was on the way to a baby shower my friends were throwing me when I had a massive hemorrhage and was rushed to the ER. Strangely in that same dream, when I arrived at the hospital, an ultrasound revealed my unborn son to look strikingly like Mickey Mouse.

It actually surprises me that it’s taken almost eight months of this mess to have anxiety dreams. The reality is this pregnancy has been a thousand times more stressful than my first. I’ve had many sleepless nights and heart-racing evenings trolling message boards and websites for information on previa. As with pregnancy in general, each person’s experience is so different. Some women see the issue resolved before the third trimester; others have massive bleeds that lead to early delivery.

Each doctor’s visit usual sends me on another twist of the roller coaster: It’s moving, hooray! Maybe this baby won’t come early and I can have a vaginal birth again! Or, Oh god, it’s only a matter of time until I hemorrhage and this baby will start his life in the NICU.  And none of this has done well for my unfounded fear of a premature birth.

During my first pregnancy, I took a Yoga Birth class that taught us all about how to welcome our son into the world peacefully and naturally. We practiced poses to help with pain management and learned ways to feel empowered and prepared. One of the most valuable lessons was a birth mantra. Our instructor encouraged us to come up with a phrase, a birth intention, to articulate what we wanted out of the birth. The idea is this would let us focus on our intentions, have a goal in mind and a phrase to remind us of that.

For my first son, my husband and I came up with something about how we will welcome our son calmly and peacefully into our family with love. Something like that. At the time, it was an incredibly powerful sentiment — and one I wrote on a piece of construction paper and hung on the wall next to my bed — that we revisited regularly to prepare in those final weeks. I credit it in part to us having a natural birth.

So, it’s birth mantra time again. This time, mine is simple: “I trust in my body and my baby’s wisdom.”

I have to. There’s nothing I can do to resolve this placenta shenanigans. No amount of Googling and stressing and crying and inverted yoga posing will clear this placenta and let me have the birth I want. I might have a C-section (and right now the docs say it’s likely). He might come early. It might resolve. We may never feel a single complication.

I have to trust that my body knows what it’s doing. My son knows what he’s doing, and he has the instinct and wisdom of all the babies to come before working in his favor. I have to remember to breathe deeply and have trust that whatever happens will be fine. And with each passing week, that  gets a little easier to believe. 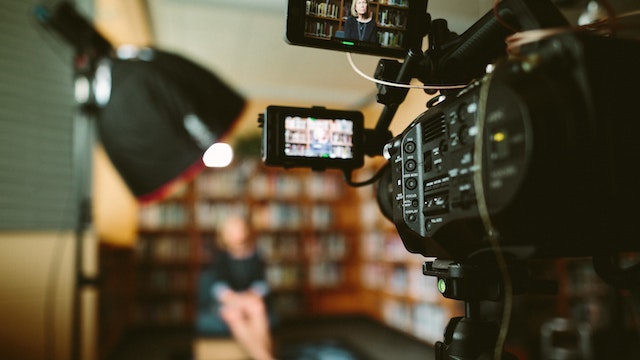 How to Boost Your Online Sales with Stunning Promo Videos?

6 thoughts on “Pregnancy anxieties, placenta previa and a birth mantra”