In a secret meeting of Rome, Italy’s City Council, a controversial ordinance was passed by a 12-3 vote to ban all “offensive” monuments in the city.

It’s fair to say the “Eternal City” will not be the same after this action is implemented. A city known for its monuments, some centuries old and designed by master artists, intends to get rid of many of them as result of a rising public outcry.

The Council concave was held on the Ides of March, 2017, in the Julius Caesar City Hall, on the Via De La D’Alesandaro, near the ancient Coliseum. Your fearless reporter has obtained copies of the minutes of that meeting.

The City Council’s decision will be published on Labor Day. It will take effect 24 hours later absent heavenly intervention.

“It’s my sacred duty to make sure, my people don’t unnecessarily feel bad, “said Mayor Maria Octave, at a press conference on the issue. She intends to sign the bill come hell or high water.

“If people feel bad looking at a monument, then that monument has got to go! It’s that simple,” the mayor added. “This is one of the legal tests. To start with, all monuments to any Emperor or regime, who either owned and/or endorsed slavery, will be removed. They will no longer be part of our history,” she intoned solemnly.

I asked the Mayor if this law also applied to sculptures. She answered, “It does.” “Will it cover paintings in our museums, as well,” I continued. She cracked sharply that she wouldn’t answer any more stupid questions from me and that I should work on getting that smart-ass smirk off my face.

I asked her if she was letting her emotions get the best of her. She responded with a veiled threat: “The waters of the Tiber River are cold tonight!” Then, she said this, staring me straight in the eye: “I don’t like bald-headed reporters with mustaches!”

The minutes of the Council revealed a heated session. Councilman Guido Crassus, said, “We will not copy stupid American antics, like in some of their hick towns. Because we don’t like a monument, we will be not vandalize it with paint,” underscored Crassus. “Instead, we will simply crush it. We will melt the monument down and then reuse the material to erect a memorial to one of our heroes, like – ex-PM, Silivo Berlusconi, for example.”

“You are a right wing barbarian,” screamed the smallest member of the Council, the feisty Barbarameo Mickulsia, at Crassus. “Where is you sense of history? Your appreciation for how civilizations evolve and how we learn from the past and from our successes and our failures?”

“Throw that windbag Mickulsia out of this hall,” roared Crassus’ ally, Sergio Cato. “She’s a Lefty, who was a fan of the ex-US President Barack Obama.” With that cutting remark, the eleven other supporters of the bill rose up as one to loudly boo Mickulisa, a former Senator in the Forum. This brought tears to Mickulsia’s eyes, according to one observer.

Another effect of the Council’s draconian decision is that the fabled Roman Coliseum itself will surely be destroyed. It holds tons of bad memories for descendants of slaves and gladiators, lovers of abused barbary lions, fans of the Christian martyrs, and ancestors of former-circus ringmasters and their wives and mistresses, too. Prediction: the Coliseum won’t be spared the wrecker’s ball! Sadly, it dates from the reign of Emperor Vespasian in AD 72.

I recall feeling lousy myself when I visited the Coliseum a few years back. Why couldn’t I have been there when that guy from Jerusalem, Ben Hur, was riding around that track in his chariot whipping his horses and, when he got a chance, his Roman opponent, too? Hur, I understand, looked a lot like the Hollywood actor, Charlton Heston. 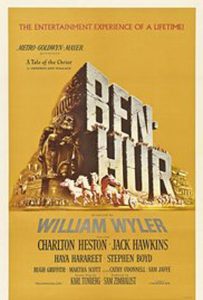 To be fair, there was also some pretty awful theatrical productions held at the Coliseum over the years. A few were presented by the demented Emperor Nero. He insisted on not only writing and directing his plays, but (gasp) starring in them, too.

To add some balance here, when the Christians zealots later seized power in Rome, they didn’t hesitate to “burn” their enemies to death at the stake – in a public square. One such victim was the priest/philosopher – Bruno Girodano. Should those public squares be flooded now with the waters of the Tiber?

Dissenters to this new law are hoping that the Rome-based chapter of the ACLU will be able to stop it in court. Well, good luck with that “Hail Mary” pass.

Mayor Octave, according to a reliable source, was heard mumbling as she was leaving the press conference, “Did I just pull a Taliban?”

I wondered to myself: If a government can cavalierly ban monuments, what’s next – books? – plays? – peace rallies? – war crime memorials? – even, God forbid, Frederico Fellini movies?

In closing, I need to note that the minutes of this historic meeting were signed by the Clerk of the City Council of Rome – one Giorgio Orwellia! He added this telling comment: “Big Brother is pleased!”

The procedure for initial coin offering in Italy 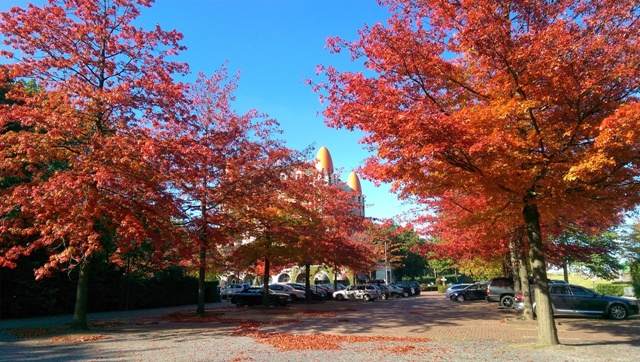