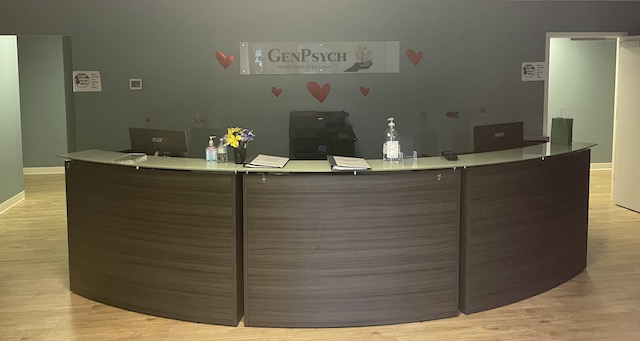 GenPsych, a regional acute mental health services company, closed its Howard County location Friday, giving less than a day’s notice to the staff and the adolescent clients they served, according to interviews with staff and parents of patients.

Parents and staff affected by the closure are accusing the company of engaging in patient abandonment, a violation of health care ethics codes that mental health professionals must abide by when licensed and certified by state and national agencies.

“What you did in Columbia, MD by closing with less than 12 hrs notice is quite shocking and illegal. It’s called patient abandonment. You’re putting lives at risk. At this point we still haven’t found another IOP or PHP for our son, as the waiting lists are long in the area. Your firm’s reputation will be destroyed, and lawsuits will be coming,” a parent of a teen being treated at GenPsych wrote in an email to the site’s director, Olukemi A. Olukoya, on Monday. The family requested anonymity to protect their child’s identity.

Olukoya did not respond to the parent’s email and did not return phone calls from Baltimore Post-Examiner for comment.

At the time of the closure, 14 children aged 12 to 17 were being treated for severe mental health conditions, according to Tifphane Riley, the lead therapist at GenPscyh.

Many of the clients suffered from severe depression and anxiety and some suicidal ideation, according to staff and parents interviewed for this article. GenPsych provides treatment through intensive outpatient (IOP) therapy, which averages about nine hours per week, or partial hospitalization (PHP) therapy, an 8-to-10-hour day program, which is the highest level of care following hospitalization.

“The single most important ethical principle in health care is “do not harm,” said Tetayana Evans, a psychiatric mental health nurse practitioner at GenPsych, who is licensed with the Maryland Board of Nursing. “You cannot dump patients like this.”

In Maryland, ethics rules 10.27.19.02 state: A nurse may not, when acting in the capacity or identity of a licensed nurse “Abandon a client.”

GenPsych’s staff told the Baltimore Post-Examiner they were informed of their employment terminations and the facility closure on Jan. 12, in private one-on-one meetings with an executive from GenPsych’s New Jersey office.

GenPsych has offices in Florida, Maryland, and New Jersey.

In her termination meeting, Riley said she was instructed to inform parents of the closure that day, before the children’s afternoon group session. She was also told other offices in the company may also be closing.

When the children gathered for their afternoon session, it would be their last meeting. Riley said a facility director came in to discuss the closing with the children, but the message was mixed. Riley said the children were told the facility may be closing and that more information may be available the next day, Friday.

Riley, who is affiliated with the American Association of Marriage and Family Therapists, decided to address the situation as a permanent closure because that is what she was told was happening.

“Thursday evening for group, we spent the session processing feelings,” Riley said. “The kids found out last minute that not only was the facility closing, but they were also losing connections with therapists and peer connections. We made sure children were emotionally safe. We wanted to send them out feeling positive. We talked about progress they made, their courage in being a part of group therapy process and processing present and past trauma. We talked about moving forward.”

She said the adult program GenPsych originally had was struggling last summer and eventually, it was phased out. But staff, according to interviews, had no warning of the January closure.

“The company did not make any arrangements whatsoever for notifying patients — sending them some sort of a courtesy letter with information about the closure and with a few referrals. This is what a responsible provider would do. This is called patient abandonment,” said Jasmine Moore, a therapist at GenPsych.

Anthony Odunlami, the Chief Operating Officer at GenPsych who oversees offices in Florida, Maryland, and New Jersey, denied the accusation.

The COO said staff had been notified a couple of weeks prior to the Jan. 13 closure – and measures had been taken to address clients.

Odunlami would not reveal who “upper management” was or what efforts had been made for the facility’s clients when asked by the Baltimore Post Examiner.

“[That is] internal information that I’m not going to divulge at this time,” Odunlami said of who upper management is. “They are entitled to their privacy.”

Regarding what efforts were made for client care prior to closing, Odunlami said: “That’s not something I would want to divulge for different reasons. Discussing medical information and medical needs is not something that I would like to discuss in a newspaper setting.”

Odunlami did not respond to a follow-up question about the potential of other GenPsych offices closing.

Moore said GenPsych made her implicit in retraumatizing clients who were left without proper time for referrals or help with medication management.

“If we’re told at 12 p.m. that at 4 o’clock we have to tell children who are in partial hospitalization – the highest level of care, suicidal ideations, self-harm, mood dysregulation so severe that they can’t be in school – if we have to tell those children in less than four hours that not only are you not going to have a therapist or a group that you were having this experience with … we don’t even have proper time to give them referrals and what are we going to do with medication management?” Moore said. “At least 90% of the clients have already been traumatized in one form or another.”

GenPsych was required to notify the Behavioral Health Administration Office of Licensing “no less than 60 calendar days before the program intends to discontinue operations,” according to the Maryland Department of Health. Approval of a plan to shut down is also required by the agency.

The plan must include: informing participants in the program of the planned discontinuation, transitioning participants to other behavioral health services, storing and protecting all records, and notifying employees of the intended “cessation” of operation. Not complying with the regulation could result in the denial of future licensing applications.

Odunlami said he was unfamiliar with the requirement to inform the state of the closure, but the closure, he said, was “temporary.”

“I don’t know what law you’re talking about,” Odunlami said. “I’d like to see the regulation and how it relates to this particular situation because this is a temporary closure for us, not a permanent closure. I believe my staff would have complied.”

He said GenPsych is working to pick up more health insurance contracts in order to accept more patients.

“The site needed contracts with insurance companies including Medicaid in order to continue to function properly,” Odunlami said. “We decided to halt services at the site until we got all our permits and contracts done – so that we can serve the community properly. We have been working on partial insurance contracts and we decided to get in-network fully before we can run the site because we are turning away too many people that are going away because we don’t take their insurance. We have been losing too many people who are out of network.”

A spokesman from the Maryland Health Department said GenPsych had to follow the “Discontinuation of Program Operations” guidelines in the Maryland Comar regulations, and that they are looking into this matter.

“We do not have anything else to share at this time,” Chase Cook, a spokesman for the Health department said.

Riley said when she was informed of her termination, she was told she was being laid off and that the office was closing. Paperwork for severance packages would be forthcoming. She said she was given no inclination the closure would be temporary.

After an influx of emails and phone calls by staff, Riley said their termination letters were received via email on Sunday. No where in the letter does it say the GenPsych’s closure is temporary.

“GenPsych is undergoing a companywide reorganization, which unfortunately means that
restructuring throughout the company is necessary. Due to this restructuring, we have come to the decision to close our Columbia Maryland office located at 9710 Patuxent Woods Drive, Ste

1-100. It is with deepest regret that I must notify you of your position being eliminated from the organization. Your at-will Full Time Lead Therapist position will be eliminated at close of business day today, Friday, January 13, 2023

Kindly refer to the enclosed payroll schedule for information on final paycheck processing and company separation form for further information related to this separation. Please return any company equipment and property to your respective office. If you are currently enrolled in health insurance, your benefits will continue until January 31, 2023.

Your understanding in this matter is highly appreciated.”

The shortest waiting list for one family to get their son back in for treatment is two weeks, a parent said, requesting anonymity. “The other waiting lists were like six weeks; the kids in that group therapy were improving significantly, it was really helping them. They were really helping from what my son said.”

Editor’s Note: The new three-digit dialing code that will route callers to the National Suicide Prevention Lifeline is 988. 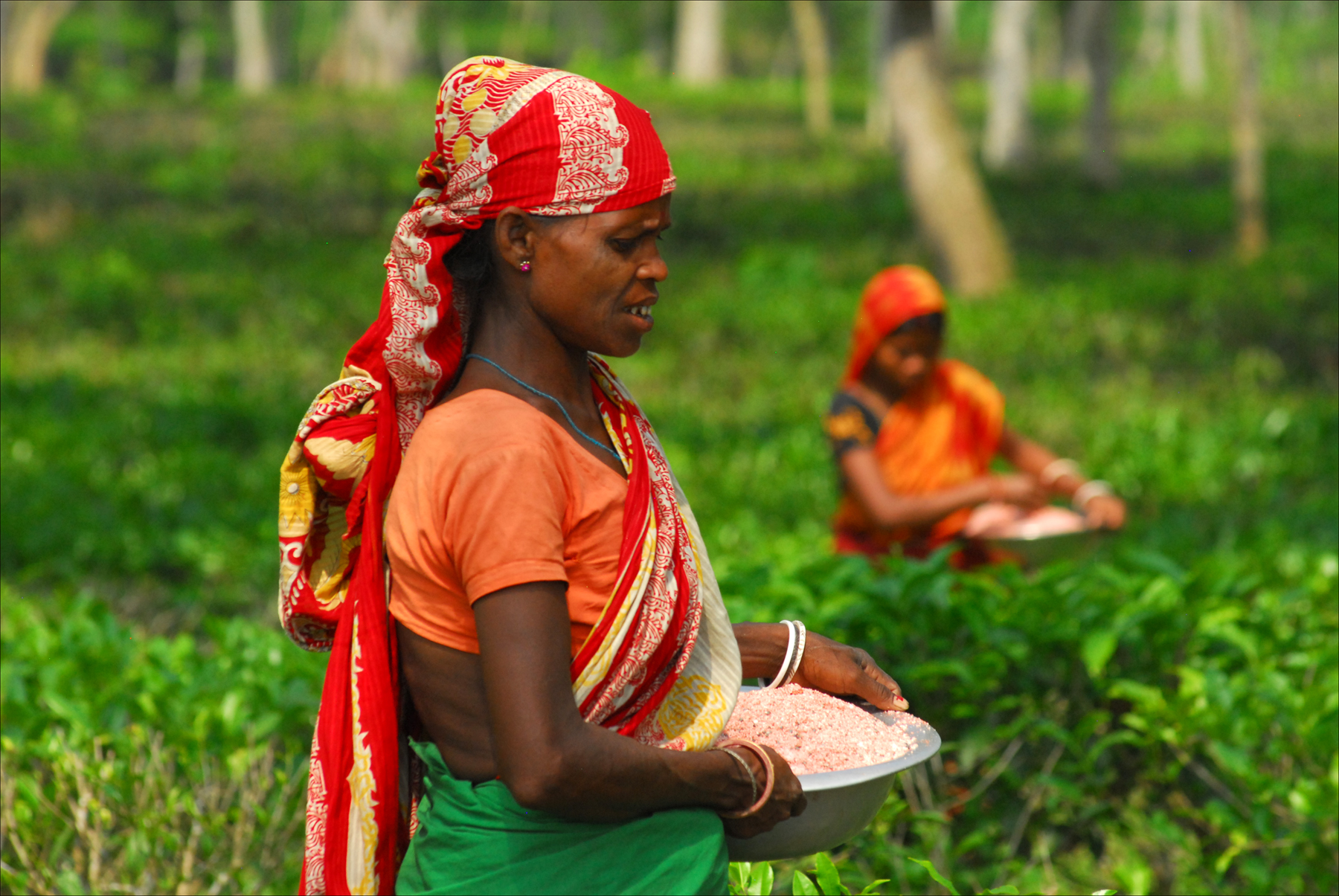 Reader thanks writer for Bangladesh series on labor practices