There are many signs across the nation of our degeneration.  Broken windows in rusting factories are surrounded by buckled sidewalks in empty cities.  Stagnant wages and massive job losses have many of us at others’ throats over proxy issues like race, faith or sexual preference.  Most of this wouldn’t matter if more of us were better employed, if employed at all.  Still, not all things American have gotten worse since 1980.  Ice hockey is one example.

In twenty years, (1990-2010) USA hockey has grown 142 percent from over 195,000 youngsters playing to almost 475,000.  Since 2011, the number of youth hockey players has surpassed a half million.  Many observers attribute this growth in amateur hockey to the success of U.S. Olympic team that won gold at Lake Placid in 1980.  Still, many forget who influenced the players from that team.  For those of us who grew up in the Northeast then, there was no greater influence before Lake Placid than Boston Bruins number ‘4’, Bobby Orr.

Yes, I know the knock on hockey in the U.S.  That it is white and largely confined to the middle and upper classes.  While, in part, it is true that hockey has become a sport for America’s well-heeled suburbs, those of us who grew up playing the game on roller skates in the streets of cities are simply happy the sport has grown and is now competitive with programs of traditional powerhouses, Canada and Russia.

The National Hockey League (NHL) has existed in its current form since the 1920s.  Teams in Montreal, Toronto, Chicago, Detroit, Boston and New York long fielded almost exclusively Canadian players in what has become known as the ‘Original Six’.   Expansion into less traditional hockey cities in 1967 brought the game to Los Angeles, St. Louis and Pittsburgh.  Now, the NHL is comprised of thirty teams who play from Tampa Bay, Florida to Winnipeg, Manitoba.

Why focus on hockey?  See baseball.

All five major sports (baseball, football, basketball, hockey, soccer) in the U.S. have collegiate programs that serve as training grounds for the young athlete.  Yet, as we have seen from scandal to scandal, the abuse of collegiate athletes and younger leaves all but the most desperate parents fearful to offer their child as bait for the billion dollar business (USA Today study from 2012) of amateur sports.

Problems arise in the collegiate ranks and afterwards.  Whereas, in baseball and hockey there has long existed a professional class of minor leagues, football and basketball have no such apparatus for the athlete/ working American.

Take, for example baseball player Greg Holland, whom I’ve written about previously.  He was a walk on pitcher at Western Carolina University before being drafted as a junior in the tenth round by the Kansas City Royals in 2007.  Since then, Holland has made stops at Wilmington, Del. (single A), Arkansas (double A) and Omaha (triple A) before reaching the major leagues with the Royals in 2010.  He is now the Royals closer.

Through his training within the Royal’s organization, Holland has been well paid in the hope that he would one day contribute to the major league team.  He has done and yet young athletes in football and basketball do not have similar training grounds to hone their skill and maturity levels.  Only in hockey and baseball do such training grounds exist.

In hockey, the minor league system has been similarly associated with the pros for decades.  As well, junior programs have existed for teenagers who have not reached an age of maturity.  Like the American Athletic Union (AAU) in the U.S., families across Canada have fostered young athletes in towns and cities where the level of skill was greater, offering the athlete a better chance of grooming his own.  The problem in America exists where, after the junior ranks of say, AAU basketball, the now adult athlete has no place to further his skill without the grades to make it in the academic and athletic ranks of the university.

As an example, Greg Holland was lucky and smart.  He was a good student yet, as a minor leaguer, had to compete against players whose primary skill and employment history to that time was baseball.  That he, like those without academic pedigree, are allowed to compete on several tiers of professional baseball, all while earning a living, is an option basketball and football players do not currently have.  Should a basketball or football player not make the top tier of his profession at age eighteen or twenty two, he is apt to leave the U.S. and hopefully succeed and mature in Canada, Europe or maybe Asia.

Metro DC is one of the areas where hockey has grown substantially.  Neal Henderson has run the Fort Dupont Ice Hockey Club in southeast Washington D.C. since 1978.  Though no player of his has made it to the NHL, he has groomed hundreds of players in the sport over 35 years.  As well, here in Baltimore, we have programs for kids to play hockey at Patterson Park with no initial cost to families.

In 1990, the DC Metro area had perhaps 4,500 youngsters in hockey.  In 2011, that number has grown to over 14,000.  Though Jeff Halperin played his junior hockey in New Hampshire, the Potomac, Maryland native rose through the ranks of college and the minors to become captain of the Washington Capitals in 2005.

Later in June, the NHL will hold its annual draft in Newark, New Jersey.  What is special about this draft for Americans is twofold.  First, the U.S. has two players entering the draft who are Black Americans and the sons of professional athletes.  Second, one of the young men, defensemen Seth Jones, may be at the top of this year’s class of Canadian, European and American amateurs.

While each young man has the pedigree of father as professional athlete, neither father competed in hockey.  Justin Bailey, son of former Buffalo Bills linebacker Carlton Bailey, has the height of his father yet uses a different skill set.  From his hometown of Buffalo, to playing for and living with former NHL great Pat LaFontaine on Long Island, young Bailey is now honing his skill with the Kitchener Rangers of the Ontario Hockey League.  He is currently ranked at the top of the second round but is hopeful this weekends NHL Draft Combine in Toronto will raise his status to the first.

Defenseman Seth Jones hails from Denver.  Word has it his father, basketball player Popeye Jones, was at a loss on how to advice his kids, who wanted to play hockey.  As Jones was then playing for the Denver Nuggets, he sought advice from NHL Hall of Famer Joe Sakic, then captain of the Colorado Avalanche.  If the scouts are correct, Sakic’s advice may have been heaven sent for young Mr. Jones, who is touted as gifted and solid, a tough, top tier defenseman who will log many minutes and years for any team he plays.

Between 60 percent and 80 percent of football and basketball players face bankruptcy in two to five years after retirement, according to Sports Illustrated.  There are many reasons bankruptcy comes knocking on so many athletes’ doors.  The main reason is a lack of maturity.  Most players who’ve been through bankruptcy will tell you so.  Maturity comes with training.  Hockey, like baseball, offers young male athletes job training.

The 1980 U.S. hockey team snuck up on everyone at Lake Placid.  I watched them be dismantled 10-3 by the same Soviet team they went on to beat two weeks later.   As I remember, the scorekeeper stopped counting after ten.

Americans are not fooling anyone.  We have created a hybrid European/ Canadian model of hockey that is fast and smart with few superstars.  In the last winter Olympiad, in 2010, the US hockey team was one Sidney Crosby thread-needle goal away from winning the gold in overtime.  With kids like Jones and Bailey coming up through our ranks, I cannot help but believe we will soon take Olympic gold in a sport most of the nation adopted just thirty years ago.

Feature photo from Wikipedia Commons:  Bobby Orr flies through the air (assisted by a lift from the stick of defenceman Noel Picard) after scoring the Stanley Cup-winning goal for the Boston Bruins, on goaltender Glenn Hall, 40 seconds into overtime in the Boston Garden on May 10, 1970. The image is recognized as one of the most famous photographs in hockey history. The photographer was Ray Lussier. 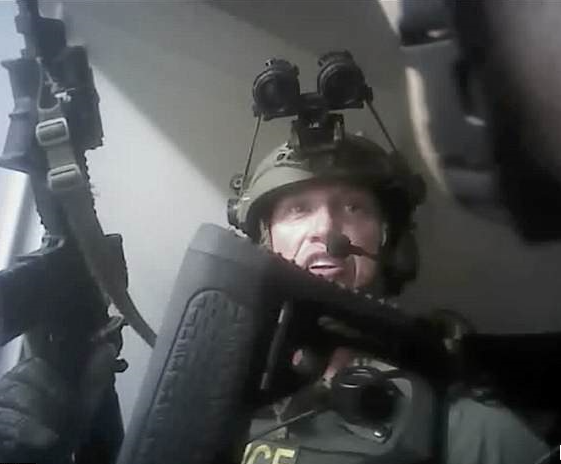 Congressional incumbents crush challengers in fundraising, except in Bartlett-Delaney race

Marylanders Have 10 More Days to Get Health Coverage Starting Jan. 1