At a June event in Cumberland, Democratic congressional candidate John Delaney, left, shares a laugh with Rep. Roscoe Bartlett and his wife Ellen.

This is the corrected version of an earlier story to show that the poll was released by the House Majority PAC.

For some analysts, the 6th Congressional District race is all but over for incumbent Republican Rep. Roscoe Bartlett.

But also last week, Bartlett’s campaign began to show a pulse. It made a small radio advertising buy painting Bartlett as an independent-minded candidate, and the National Federation of Independent Business — a politically active small business association that was lead plaintiff against Obamacare in the Supreme Court — endorsed the congressman.

It looks like Bartlett is ready to kick his campaign into gear.

Also last week, the House Majority PAC, a Democratic super PAC, released a poll showing Bartlett and Delaney virtually tied, 42% to 44% if the race were held today, with 8% of voters undecided and 6% going for the nearly invisible Libertarian candidate Nickolaus Mueller. (The poll called Mueller an “independent,” but the Libertarian Party must submit signatures this week for him to be on ballot.)

The point of the polling firm’s release, however, was to show that Bartlett could be extremely vulnerable once Delaney is introduced to voters. Delaney’s numbers increased to 51% and Bartlett’s dropped to 41% once statements – presumably factual – were given to respondents. The poll was conducted by telephone among 400 likely voters and has a 4.9% margin of error.

“This poll underscores how weak a position Bartlett is in heading into the most difficult reelection of his political life,” House Majority PAC spokesman Andy Stone said. “This was a representative sample of likely voters in the sixth district.”

Delaney has never run for public office, but he did win election in 2008 as a convention delegate for Hillary Clinton for whom he and his wife April raised $800,000. He and his wife have also been major six-figure donors to the state and national party, to Maryland Democrats and to the occasional Republican, such as his $2,400 donation to conservative Republican Andy Harris one week before Harris’s 1st Congressional District win in 2010.

Delaney’s campaign would not comment on the poll, saying any contact would be illegal since the poll came from an “independent expenditure” source, CORRECTION: the House Majority PAC and SEIU, one of the country’s largest and most politically active labor unions.

Bartlett’s camp said they were confident that when voters were presented with the choice in November, they would choose to reelect Congressman Bartlett.

Todd Eberly, a political science professor at St. Mary’s College of Maryland, said the upcoming ballot referendums this fall will increase voter turnout from both parties. Hot button issues like same sex marriage and in-state college tuition rates for illegal immigrants will surely cross over both political party and racial lines, according to political activists.

“The unknown quantity in the race remains the host of ballot initiatives that will certainly have an impact on turn-out,” Eberly said. “The DREAM Act, [Gay] Marriage Equality, redistricting, and possibly the expansion of gambling. These issues divide GOP and Democratic coalitions and cut across party lines.”

Bartlett may have a hard time selling himself as an independent candidate given his 92% lifetime rating with the American Conservative  Union, but supporting lower taxes may attract some wealthier voters, even in liberal Montgomery County.

The newly drawn 6th District now includes hundreds of thousands of new Montgomery County voters and has some of the state’s most affluent residents.

According to 2010 estimates from the state comptroller’s office, there are approximately 2,400 taxpayers in Montgomery County with incomes over $1 million. (A breakdown of 6th District millionaires was unavailable.) There are also 2,484 individuals making over $200,000 and 19,000 households making over $250,000 in Montgomery.

All of these constituents would be affected by federal tax laws that would either continue to benefit them or result in tax increases. Last week Bartlett voted twice on tax bills along party lines — once to extend the Bush-era tax cuts to millionaires and the other for a comprehensive tax reduction bill for everyone that included eliminating loopholes. (The DCCC said that bill also rewarded businesses for outsourcing American jobs.)

Delaney declined to comment on whether he would have backed the extension of the Bush tax cuts to all income groups, as proposed by the Republicans, or if he would have supported the Democratic version of the bill, which maintains the tax cuts for individuals making less than $200,000, or households making less than $250,000. Instead he said he favored an economic recovery formula similar to that of the plan proposed by President Obama’s Bowles-Simpson Commission on Fiscal Responsibility and Reform.

“I support long term deficit reduction, which is the right thing to do and will provide confidence and fiscal stability and create jobs,” Delaney said. “To accomplish this we need a comprehensive approach similar to Bowles-Simpson, which must include targeted spending cuts, entitlement reform, modest increases in individual and capital gains rates, the closing of loopholes and the lowering of corporate taxes.”

Gun control not a wedge issue

In light of the recent Colorado movie theatre massacre, both candidates were also asked to comment on the country’s current federal gun control laws. Are the laws tough enough? Should a ban on automatic assault weapons be revived?

Bartlett left little wiggle room to indicate he would support changing current gun control laws. “Congressman Bartlett is an ardent defender of the right of law-abiding citizens to own and bear firearms and will oppose efforts to take away those rights,” said Bartlett campaign spokesman Ted Dacey.

“I agree with law enforcement agencies that we need increased background checks, with tough enforcement procedures and common sense limitations, to help reduce gun-related crimes and violence,” Delaney responded while on a trip to Israel. “I do not support, however, efforts to infringe on the Second Amendment Constitutional right of law abiding citizens to keep and bear arms. There is a rich heritage of hunting here in the 6th district that we need to respect while keeping our families safe.”

Eberly said he doesn’t expect guns to be a swing issue in the new district. And while taxes could be, he said: “The tax issue is less certain. [Former Republican Rep.] Connie Morella showed that Republicans could win in Montgomery County — but Bartlett is not a Morella Republican.”

Delaney considered likely, but not safe

“I wouldn’t call the result ‘inevitable,’ because if I thought that was the case, I would call it ‘safe Democratic,’ ” Kondik said. “Delaney is strongly favored.”

Eberly said he suspects the district is a likely Democratic pickup, but he would like to see a “non-partisan” poll.

Delaney has already held more than 52 campaign events since the general election began, and has another 30 to 40 “meet and greets” planned through Nov. 6, according to his campaign. This weekend Delaney traveled to Allegany County to host one of several free cookouts he’s done.

“Congressman Bartlett is busy representing the constituents’ of the 6th District in Washington,” Dacey said. “He is keeping a very active congressional schedule serving those he represents and will have a robust campaign schedule in the coming weeks and months.”

“Thanks to the law firm of Price Benowitz for its support of MarylandReporter.com.” 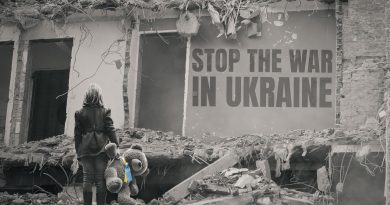