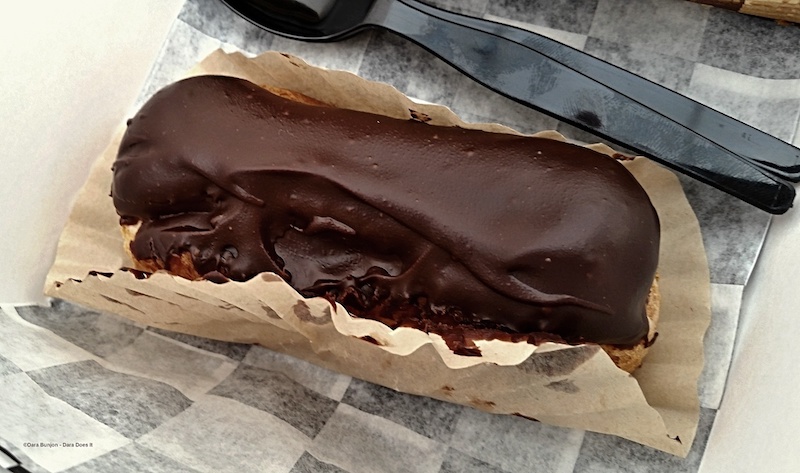 I love éclairs, not one of those Rich’s frozen éclairs, nope; it would need to meet all my requirements for a great éclair. What constitutes a great éclair is the crisp, full-of-air -pockets pâte à choux oblong home to the creamy, rich, custard filling; and the pièce de résistance should be dark chocolate, ganache-like crowning glory.

My usual go to is the Double T Diner, they have a very good rendition BUT my new favorite is at the Essen Room in Pikesville.  It was happenstance when picking up a coddie, there was an éclair in the case.  Advised like Double T Diner, they are made in-house and their creation was perfection.

How do I love thee éclair? Once, when in New York with my friend, we were staying at my sister’s pied-à-terre. We were heading back to the apartment from a food-related event, and there must not have been a dessert or my chocolate craving was kicking in but I needed, wanted and craved an éclair.  In New York, just stopping into one of the ma and pa groceries you can find almost anything and I did.  As the clerk was getting my éclair out the case and I’m salivating – my friend says she can’t wait to taste it.  WHAT! Share it?  To the clerk, I said, “make it two éclairs” and treated my friend to her own éclair.  Never covet my éclair, it is like the Holy Grail, along with lobster, but that is another rant.

Who can forget that classic scene in Seinfeld where George Costanza takes an éclair out of the trash can and starts to eat it? I do love my éclairs but not that much. How much though? Instead of bringing me bottles of wine, bring me an éclair instead. Though National Éclair Day has just passed, I am still accepting gratuitous éclair offerings.

Why it Matters to Have Certifications in your Company 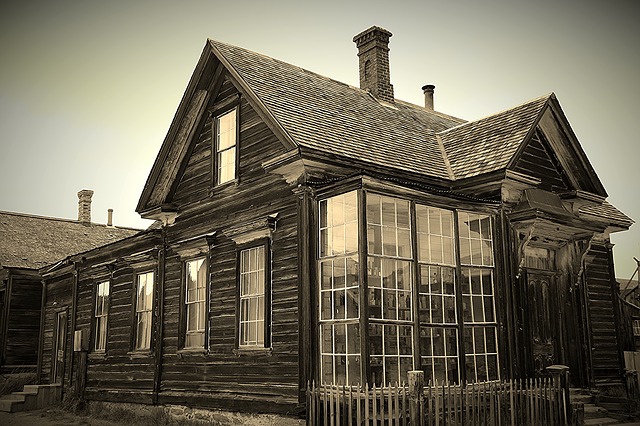 Can the Wood Project save Baltimore?