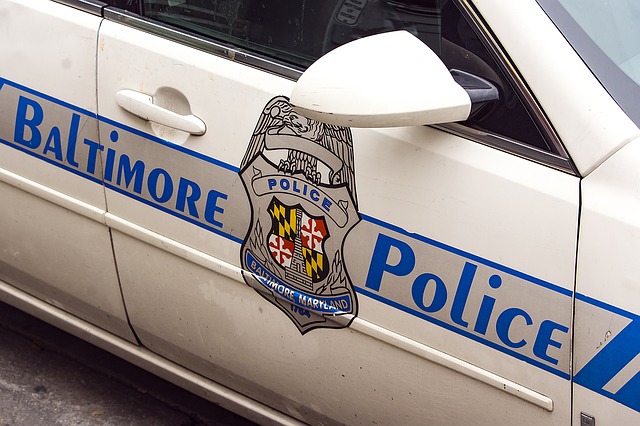 “[He] was breathing when his body was doused with gasoline and set on fire. He was burned alive!” Kelvin Sewell

How bad is the crime situation in Baltimore City? Leaving the grim statistics aside for the moment, it’s so bad on most nights that I no longer watch the local TV newscast at 11 PM! Who wants to go to bed with gory images of mindless violence dancing in their heads? I’m sure I have a lot of company on this one.

The mantra is always the same from the newsreader – murder, mayhem, drugs, tears, blood, and outrage. The only thing that changes are the names of the victims. Some of the victims are totally innocent, such as folks sitting on their front steps enjoying a summer evening, and children and teenagers, who just happened to be in the wrong place at the wrong time.

Now, let me introduce – Kelvin Sewell! He’s a former homicide detective with 22 years of in-your-face experience with the Baltimore Police Department (BPD).  Sewell, an African-American, has encountered it all from the inside, like “in the box.”

The box is “the room” at BPD headquarters, where suspects in a crime, and witnesses, too, are questioned by the cops. It’s where Sewell would deflate the ego of a street-hardened thug by simply asking him: “Can you recite the alphabet?” He underscored, “not one” was able to do it.

In his compelling memoir, “Why Do We Kill?: The Pathology of Murder in Baltimore,” Sewell teams up with former Baltimore Examiner investigative reporter, Stephen Janis, to tell their uncompromising story from a down-at-the-crime-scene perspective.

In Baltimore, Sewell relates: “People kill because they’re angry over a slight. Frustrated over a hard look. Pissed off because somebody talked with their girl. They kill and will kill for nothing.”

This jarring insight rang with relevance as Sewell’s book was about to go to press. It involved a city court case and a Baltimore City Police officer. The latter was convicted of manslaughter. The defendant, who was off-duty at the time, fired his revolver 12 times! He shot an unarmed ex-Marine to death. Why? The victim had “slapped” one of the female companions of the defendant on the backside, that’s why!

You are going to need a strong stomach to get through this book, especially after what happened to an ill-fated victim, a “petty drug dealer,” age 20, in case file one. Let me put it this way: he ends up stone dead in Leakin Park, which the authors label: “Baltimore’s ad hoc cemetery.” He had been stabbed 22 times in a hotel room, before being torched at the park. Three of the gang members who had roles in this ghastly crime were teenagers! The decision to kill was “routine”–no big deal.

What Sewell learned from his observations in this case and ten others that he details in cogent fashion, is this: There’s an “inexplicable disconnect” between wrongdoers and their foul deeds. There’s no “empathy” for the fate of the victims. None!

The narrative for so many of the murders in Baltimore reminds me of the recently captured notorious Irish Mob Boss, James “Whitey” Bulger, who died at the age of 81. He was convicted of killing 19 people. Bulger was later murdered in prison.

Like the people, Sewell and Janis are spotlighting, Bulger enjoyed torturing some of his victims and had “no feelings” whatsoever, for them. The experts called him a “cruel sociopath.”

In his book, Sewell details eleven of the most infamous crimes among the many that he personally investigated. The murder of a young boy by a pedophile, age 50, will raise the hair on the back of your head. The victim’s mother was a heroin addict, who allowed the sadistic pedophile “access to her son.” The creeper got “jealous” because the boy showed an interest in a girl in his neighborhood. Sewell was struck by the fact that in the pedophile’s twisted mind, the killing was “justified” because the child had “betrayed him!”

In his case files, Sewell cuts to the chase. He puts you at the murder sites and inside the heads of the demented killers. Think HBO’s “The Wire!” You will truly be appalled and wonder: “What kind of lethal cancer seeps through the underbelly of our city?” Sewell’s M.O. is to give you the unvarnished “truth” and to defuse the roaring crime debate with a powerful “dose of realism.”

Sewell also takes a dig at the “Zero Tolerance” policy of former Baltimore Mayor, Martin O’Malley. He claimed it resulted in the mass arrests of tens of thousands of innocent citizens, mostly African-Americans, for doing nothing more than “sitting on their front stoops.” As a result of O’Malley’s alleged improvident actions, which supposedly misused the resources of the BPD, the city had to cough up $870,000 for a Civil Rights’ lawsuit settlement brought by the ACLU on behalf of numerous plaintiffs.

Query: ‘What is it really like to be a cop in Baltimore City over these last 25 years?” Well, Sewell spends a significant amount of his memoir giving you a no-holds-barred answer to that question.

Sewell’s writing is so intimate, that you will feel that you are with him when he’s riding in a patrol car through the drug-infested streets of the Eastern and Western Districts. You are there, too, when he’s arresting at gunpoint two burglars who are trying to steal “copper pipes” from an abandoned house.

You will feel Sewell’s anticipation when Ed Norris, [a then-new-Police Commissioner], and his “New York City Boys,” came roaring into town to revamp the BPD. You are also present when “dirty cops” are exposed; and, when “politics” in the BPD raises its ugly head. And, finally, you will witness the feud between the former States Attorney’s Office (under Patricia C. Jessamy), and the BPD, which puts the prosecution of some homicide cases in serious jeopardy.

In conclusion, Sewell is convinced the city is suffering from “a communal virus, a social pathogen.” He loves Baltimore, the place of his birth, but, nevertheless, he persists in calling it, “a town with a disease called ‘Murder?’” Read this gripping shocker of a memoir by a veteran BPD homicide detective and make up your own mind.