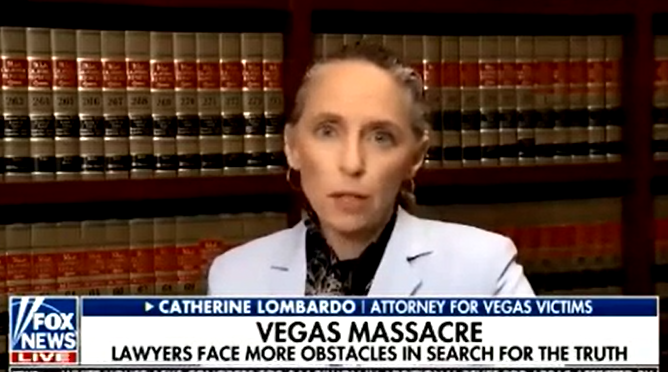 “Stephen Paddock opened fire on the country music crowd at the Route 91 Harvest Music Festival in Las Vegas on October 1, 2017, killing 58 innocent victims, and injuring more than 500 others. All of the 22,000 concertgoers still suffer from PTSD at some level. This unprecedented massacre, the largest mass shooting in American history, happened under the negligent eye of the Mandalay Bay Hotel, and their security staff, starting with security guard Jesus Campos. Campos was present on the 32nd floor, when he heard drilling sounds coming from the shooter’s suite and encountered a blocked stairwell door. Campos was later shot at and was hit with a bullet fragment in his leg.

It has been 16 months since the massacre. The LVMPD concluded their criminal investigation in August of 2018, and they released their final report along with more video and audio recordings of the aftermath of the shooting. The motive of the shooter was never discovered.

‘What we have not been able to definitively answer is why Stephen Paddock committed this act,’ Sheriff Joe Lombardo said before the report was released.

This is the most disappointing development of the police investigation, because all of my clients, the survivors of the shooting, only wanted to know two things; why did he do it, and how did Mandalay Bay allow it to happen”, said attorney Catherine Lombardo, who represents the victims and launched her own investigation immediately after the shooting.

On July 13, 2018, lawyers for MGM Resorts International, the parent company of the Mandalay Bay Hotel Casino, took a controversial tactic and filed lawsuits against more than 1,000 victims and survivors, claiming that MGM is “immune” from being sued, based on an obscure law called “The Safety Act.” MGM then served many of those lawsuits on the survivors, going to their home and place of work to surprise them with a process server. Today, those lawsuits are on hold while the lawyers for the plaintiffs and the lawyers for MGM have commenced discussions about mediation and resolution of the thousands of lawsuits that have yet to be filed by victims of the Route 91 shooting.

Unexpectedly, the lawyers for MGM have agreed to mediation. ‘They will come to the table with our team of lead attorneys and sit down with us and two mediators for a total of 12 days,’ according to plaintiff’s lawyer Catherine Lombardo. The mediation will take place in Las Vegas, and will commence on Tuesday, February 19th. A report speculated the reason for the change in tactics – that defense lawyers conducted three separate “mock jury trials” of the case, and all three juries concluded that MGM (Mandalay Bay) was liable. See ‘Mock juries rule against MGM Resorts International Las Vegas in concert massacre.

The Statute of Limitations to file a civil complaint is two years. October 1, 2019 will be the two year anniversary of the Las Vegas Mandalay Bay shooting.

The FBI report stated that Paddock wanted infamy and mass destruction. Other than that the FBI said Paddock took whatever motive beyond that to his grave.

After a 16-month investigation, that report told us nothing and was filled with readily available and previously released public information.

The report is an embarrassment for the nation’s top federal law enforcement agency.

Where is the FBI’s criminal investigation report and the forensic analysis reports on all the evidence that they have in their possession relating to the October 1, 2017 Las Vegas Massacre?

The FBI Evidence Recovery Team handled the collection of all evidence related to the Mandalay Bay and the Las Village venue. The bureau took the lead in evidence documentation and collection.

The Las Vegas Metropolitan Police Department relied heavily on the results of FBI forensic analysis in their police final criminal investigative report that was released in August.

If a three-page report is all we are going to get from the FBI after the murder of 58 people and the wounding of 500 others, then that is a national disgrace and a slap in the face to the survivors and the families of those who were killed.

In the FBI summary, Key Finding #6, they wrote “Paddock’s exploration of other potential sites suggests that his final selection was based on the tactically-advantageous location from which to attack. His selected position in a hotel room on the 32nd floor enabled Paddock to shoot at a densely-packed crowd of unsuspecting and vulnerable people. Further, it provided sufficient privacy for Paddock to prepare for and execute the attack.

I agree with that statement, as I wrote about those conclusions in several stories prior to the FBI’s Tuesday release.

The Las Vegas Massacre was entirely preventable and foreseeable.

As I have stated repeatedly in the over 135 articles that I have written for the Baltimore Post-Examiner on the massacre, the civil case will never see the light of day in a courtroom.