Photo above: President Obama, with Vice President Biden at his side, explained the plan to the American people on Tuesday Morning from the White House. (C-Span video)

An historic agreement` by the United Nations, five world powers — Germany, France, England, Russia and China — and the United States, has been reached with Iran that will curb Iran’s nuclear program in exchange for lifting sanctions that have severely crippled Iran’s economy since 1979.

The controversial plan has been in  negotiations for years, and if it is successful, could be a cornerstone of President Obama’s foreign relations legacy. However, many, including former U.N. Ambassador John Bolton, contend this agreement is nothing more than appeasement and akin to the deal Neville Chamberlain made with Adolf Hitler’s Nazi Germany in 1938.

The prime minister of Israel, Benjamin Netanyahu, denounced the agreement, vowing to do everything he can to stop it, even though he and his country were cut out of the negotiations and have very little influence on the deal.

According to the White House, the agreement is designed to prevent Iran from developing nuclear weapons for at least 10 years, limiting the number of centrifuges Iran can use to enrich uranium and limits the amount of uranium Iran can stockpile. Iran will destroy 98 percent of its stockpiled uranium.

In addition, the IAEA, the International Atomic Energy Agency, will be allowed to monitor Iranian nuclear sites, “24-7,” and inspect any sites at any time in Iran.

The restrictions will be gradually stepped down with benchmarks at five and ten years, and then completely lifted after 15 years.

Opponents point out that the agreement does little to stop Iran from eventually producing a nuclear bomb.  They say the “24-7” inspections claim is misleading at best, since Iran can initially deny access to any site for at least three weeks – then completely deny access indefinitely.  Opponents also maintain that the stockpiles which Iran will be allowed to keep can easily be reactivated and potentially converted into weapons grade material.

Almost all of the Republican candidates for president are expected to denounce the deal, with Senator Rand Paul possibly being the only GOP candidate in favor.

Netanyahu’s statement that the deal is a ,”bad mistake of historic proportions” was echoed by critics around the world. Many opponents insist that Iran just cannot be trusted. Some have even gone so far to say the deal will set off a nuclear arms race in the Middle East.

The relationship between the two leaders, Obama and Netanyahu, are the most strained relations between a U.S. president and an Israeli prime minister since Israel became a nation.

At 7 a.m. Tuesday President Obama made a speech to explain the deal to the American public. He said, “Consider what happens in a world without the deal.”

He said that without such an agreement there would be no way to monitor Iran’s nuclear program, that the coalition that supports the sanctions against Iran would fall apart and more war in the Middle East was likely.

President Obama also said we don’t make these types of deals with our friends, adding that the U.S. made deals with the Soviet Union when that nation was dedicated to destroying the United States.

At the end of his speech the president thanked the members of Congress that voted for sanctions and the international powers that joined the U.S. in those sanctions. He then thanked those that helped in the negotiations, especially Secretary of State John Kerry.

After the president gave his speech, Secretary Kerry gave a speech from Vienna, Austria, where the deal was finalized. In his speech Kerry reiterated the president’s words and then gave specific details about the agreement, saying some of the restrictions would remain in place permanently. 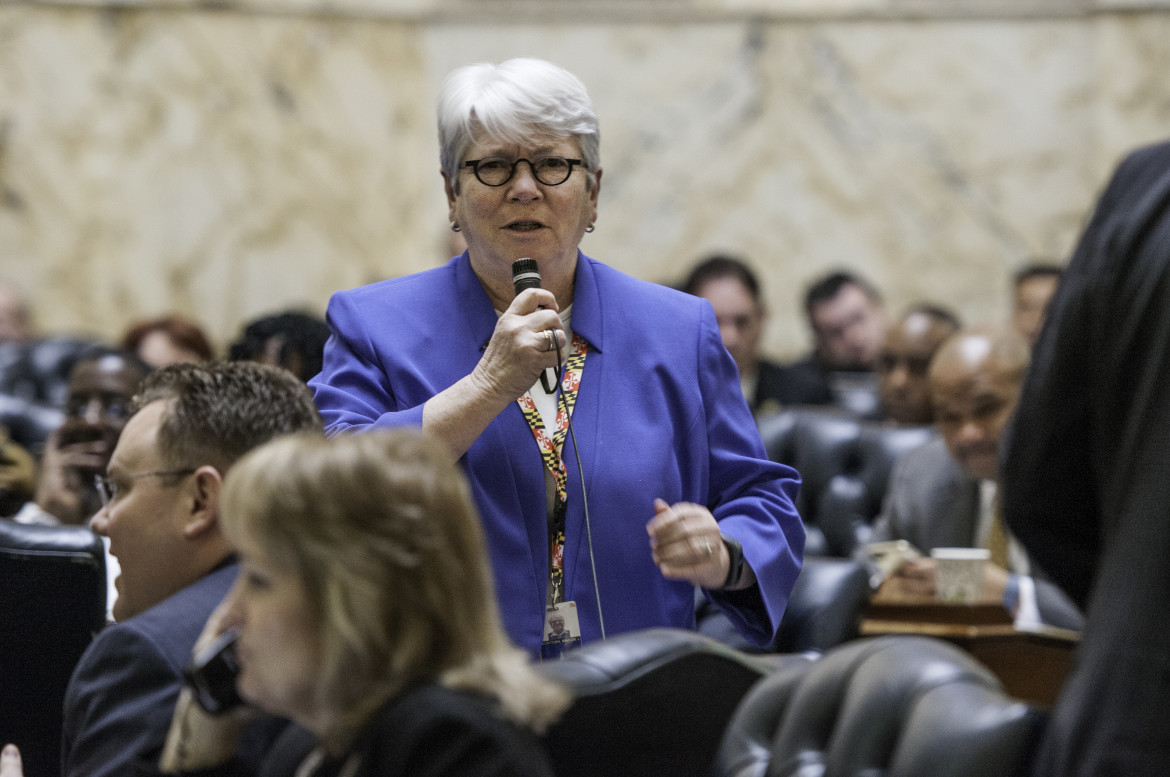 Maryland House Republicans not all happy with budget

The Race: How Romney could have won