Ever get the feeling that some is looking over your shoulder while browsing the Web? You should, because automated corporate and government bots are tracking your every move in the name of company profits and national security.

But there exists an anonymous, parallel analog to the World Wide Web called the Deep Web. It is hundreds of times larger than the conventional Web and serves as cover to the really crowded and virtually unknown Dark Net. Actually there are many Dark Nets, lurking just beneath the radar of the major search engines. You can’t get there by search engine, and in most cases you don’t want to get there at all.

Think of it as the cluttered, randomized basement of the WWW, chock full of nasty sharp edges which can cut you easily, and secret stashes of tools and data used by criminals and spies, government dissidents and pornographers whose wares are NSFWWW, Not Safe for the World Wide Web.

Yes the government and its intelligence agencies are lurking in this vast basement, as are friendly villains offering everything from illegal drugs to murder for hire. Its use by government is not surprising, given that it was created by the U.S. Naval Research Laboratory, to facilitate hiding government secrets and activities they don’t want you to know about.

Yet this veil of anonymity has attracted a large criminal element, and also political dissidents who can meet and discuss topics their government would surely object to by the harshest of means, as well as black hat hackers, child pornographers, and scammers who take only Bitcoin in payment.

It’s not all criminals and spies, though. The WWW is so thoroughly monitored that it has become known as the Spy Web, since your every move is tracked and recorded by the government or big corporations, and likely both. So there are many users of Dark Nets who just want privacy, and you’ll find free-wheeling postings on discussion boards much like those you’d find on the public Web.

You can’t get there from here. You need special software to access these unindexed sites, but it is readily available and easy to install, if you have the courage or need for anonymity or just a burning curiosity to visit these dark, hidden corners of the Internet. It is available online and named the Tor browser bundle.

There are also Dark Nets established by legitimate media, built for allowing government or private sector whistleblowers to pass on their secrets to the public. The New Yorker has a Dark Net site, called Strongbox, for just such people. The reason they chose the Dark Net is the surety of anonymity, from both government and corporations, not to mention law enforcement.

The Deep Web is filled with a large amount of garbage. Trashed databases, files with odd file formats and such that the major search engines don’t recognize. The Navy built it so that its personnel could browse the Internet anonymously. The Dark Net beneath the Deep Web is where the real action is taking place. The best known Dark Net site, Onionland, hides within the Tor network. The Tor browser bundle takes its name from “the onion router.” Its main offerings are called collectively Hidden Services.

The anonymity feature is built into the browser. It doesn’t just drop you directly into Onionland; rather it bounces your command around an ever shifting array of of random IP addresses and is impossible to trace. And this has both good and bad ramifications.

Once you’ve outfitted, and taken every safety precaution you possibly can–spear gun, hazmat suit, backing up all your data, inuring yourself to some of the most vile pornography and offers for murder-for-hire and illegal drugs–you enter, say, Onionland, and the interface is decidedly retro, reminding one of the surface Web of two decades ago. There are Web pages, for instance, but they load very slowly and and are specifically built for their environment. No java videos, no user optional executable code at all. The first thing you’ll see are links to troves of stolen credit card numbers, every unlawful and disgusting pornography variety, illegal gambling, lurking places for hackers.

But if this isn’t enough to scare you back to the surface Web, you can easily skip over this illegal material by, one, simply not clicking on those links, and two, you needn’t fear being falsely tagged by the authorities as a buyer of illegal drugs, or child pornography, since you are, literally, invisible to prying eyes.

At this point you’re wondering why you would ever be interested in visiting this Hades of the Internet. Well a lot of good guys use it too. Ones who have good reason to post their ideas anonymously and engage in dissident political discussion for which, if discovered by their governments, they would surely lose their heads. As mentioned in my previous article, most countries do not enjoy the freedom of speech guaranteed by the First Amendment.

Using information from the Tor Project, PC World writes, “Anonymizing Hidden Services have been a refuge for dissidents in Lebanon, Mauritania, and Arab Spring nations; hosted blogs in countries where the exchange of ideas is frowned upon; and served as mirrors for websites that attract government or corporate angst, such as GlobalLeaks, Indymedia, and Wikileaks.”

Looking deeper you’ll find rich sources of services dedicated to getting your message out, such as secure messaging and file sharing applications, virtual libraries of literature dedicated to politics from around the world, and very candid, anonymous discussion boards.

You can even find the DuckDuckGo search engine, which allows you to search the surface Web while retaining the privacy afforded by the Tor Network without Google and online vendors tracking your every move.

Industry, big corporations, and the military use Dark Nets as repositories of vast databases of information they’ve collected and generated over the years.

There are even neutral-ground discussion boards where government and corporate cyber-security specialists have civil discussions with the most successful hackers, much as Confederate and Union soldiers would, in evenings after battle, have polite conversations, discuss the day’s outcome, ask for news from home or whether they had mutual friends, dicker for scarce commodities, and arrange exchanges of, say, tobacco for coffee.

Please don’t mistake my explanation of the Deep Web and Dark Nets as an encouragement or endorsement for the average user or thrill seeker. In fact, the opposite is true. Don’t go there. I repeat, don’t go there. I am writing about it simply because it’s so little known, and is inherently interesting. I also thought it was worthy of a subject of an article because it does host forces for good and much needed political change.

I have purposely been rather vague about means and methods of accessing the hidden Web, and how to navigate it. For every freedom fighter utilizing it to communicate with his fellows, there are terrorists using it to hatch their deadly plots. For every law- abiding citizen who explores it, there are hundreds of deadly or malicious criminals using it as a wholesale market for their illegal goods and services.

And though it is true that many activists for positive change inhabit this dark realm, I doubt many of them need a primer on its existence, a broad description of it or details on how best to use it. I doubt as well that readers of this article, in a publication aimed at a general readership, will attempt to enter this vast and potentially dangerous realm.

And to add teeth to my warning, I’ll add that should you go looking to enter for the purpose of buying illegal drugs or other illicit goods or services, the majority of sellers are simply scammers, who will take your Bitcoin payment and vanish back into their untraceable hidden lairs.

I was intent on dropping into the Internet’s secret basement myself, to research this article and report first hand what I observed. But the more I learned about it the less willing I became to expose myself to its vast nastiness, possibly consort with really dangerous people, and do serious harm to my computer by picking up some nasty bit of malicious code.

Knowledge alone is not power. Applying that knowledge is what bestows power. And the Hidden Web certainly bestows power to the powerless, but as I’m not a criminal, an agent of any intelligence service, or a political dissident, or a hero of any stripe, I think I’ll just stay at home in a comfortable chair and browse the surface Web.

To quote Dorothy Gale in The Wizard of Oz, “If I ever go looking for my heart’s desire again, I won’t look any further than my own backyard. Because if it’s not there, I never lost it to begin with. Is that right?”

In this case, it sounds right to me. 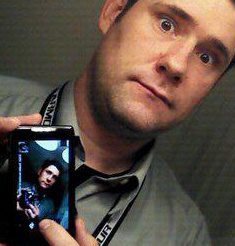 Post-mortem: How my family reacted to frequent interruptions of college life 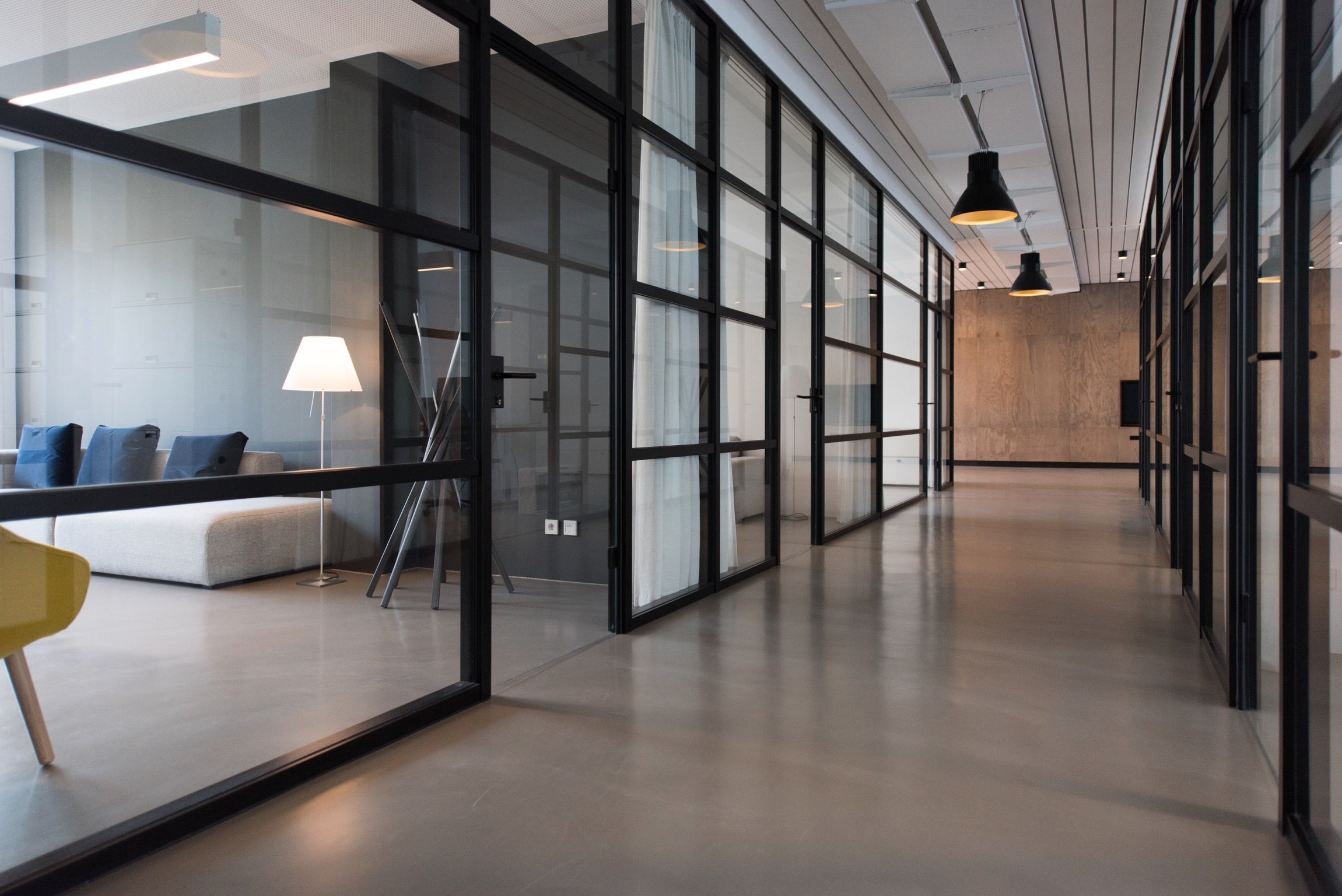 Practical Pointers – How To Find The Perfect Office Space in NYC 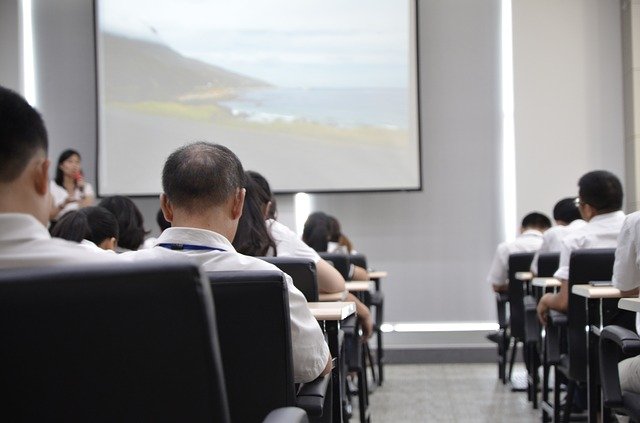 How to Improve Your Company’s Risk Evaluation