That’s according to retired U.S. diplomat Roger Noriega, who made the claim Nov. 19 in a speech at the conservative Heritage Foundation, a Washington think tank.

Noriega, one of three panelists at the event — “Insecurity in Honduras and the Upcoming Elections: What’s at Stake for Central America” — alleged that the 54-year-old candidate “has no experience in politics and is widely seen as an instrument of her husband’s political ambitions.”

Noriega showed slides of Libre activists attacking buses carrying supporters of Juan Orlando Hernández, 45, of the ruling Nationalist Party, warned that Castro de Zelaya’s Libre party “could try to promote destabilizing and violent activities on Election Day in an attempt to keep voters at home and delegitimize the electoral process.”

A final opinion poll issued last month by CID-Gallup showed 28 percent support for Hernández and 27 percent for Castro de Zelaya; a third candidate, Mauricio Villeda of the Liberal Party, came in with 17 percent. The margin of error was 2.5 percentage points.

Manuel de Zelaya was forced into exile in 2009 after he tried to promote a national referendum that would have changed the Honduran constitution. If his wife wins, she would become the first female president in Honduran history — and the first head of state in more than 100 years to not belong to either the National or Liberal parties.

Yet Noriega and other neo-cons warn that the Zelayas are bad news.

“I can confirm from three separate DEA agents telling me that Manuel de Zelaya is directly complicit in narcotrafficking,” Noriega told his Washington audience. “Several U.S. foreign service officers have told me the same thing. Even before the 2009 crisis, they said Zelaya’s association with narcotrafficking was well-known, and that it was absolutely ridiculous that the U.S. was calling for his return to power.”

Noriega, former assistant secretary of state for Western Hemisphere affairs, shared the podium with two other speakers: Eric Olson, associate director of the Latin America program at the Woodrow Wilson Center, and Joseph Humire of the Center for a Secure Free Society.

Olson pointed out that Honduras is already the world’s most violent country, with homicide rates exceeding 85 per 100,000 inhabitants. In some cities, the rate exceeds 300 per 100,000.

“That’s higher than many countries at war,” he said. “By UN standards, any homicide rate over 20 per 100,000 is considered an epidemic.”

Noriega warned that Honduras was indicative of a new caudillo phenomenon in which political strongmen follow the “Chávez model” espoused by Venezuela’s late president, Hugo Chávez.

“This is the purposeful dismantling of democratic institutions that took the better part of the 20th century to construct,” he said. “It’s not just a left-wing phenomenon along the lines of Chávez, because you see it with power-hungry politicians seeking to profit from corruption. These new caudillos have struck a Faustian bargain with international crime syndicates, perhaps thinking, ‘if you can’t beat ‘em, join ‘em.’ By deconstructing democratic institutions, these new caudillos are able to extend their grip on power and guarantee impunity.”

Noriega said $30 billion in two-way trade with Central America is at stake if the isthmus reverts to insecurity and instability.

He noted that the Liberal Party’s Villeda “is basing his campaign on a critique of the current administration [of President Porfirio Lobo]. He appeals to many middle-class voters who are tired of the impunity that has marked Honduran politics in recent years, but he is lagging in third place in most place.”

Hernández, president of the Honduran Congress, is a bitter foe of the Zelayas and is on record as supporting Lobo’s plan to deploy 4,000 military police in Tegucigalpa, San Pedro Sula and other major Honduran cities to reduce violence.

Noriega said “it looks as if the Hernández political machine has kicked in and is moving public opinion his way.”

Olson warned that regardless of who wins the elections, Honduras faces serious obstacles to overcome — especially with regard to corruption and the weakness of state institutions to fight it.

“It’s an extremely violent country and the question is why. There’s no question that organized crime and drug trafficking is an element in violence in Honduras today,” Olson said. “We immediately think of drug trafficking, because that’s logical. But Honduras also has a problem with trafficking in contraband — used clothing from the United States, pirated goods and hardwoods and precious woods. A woman selling pirated CDs on a street corner might seem innocent enough, but she’s part of an organized crime system.”

“We’re not just seeing the dismantling of democratic institutions,” Olson said. “We’re seeing the failure of governments in the last three decades — lost opportunities that have failed to construct independent judiciaries, professional law enforcement, civilian institutions that could hold accountable those who have authority for the safety and security of Hondurans. The United States holds responsibility for this as well, but fundamentally, this has been a series of lost opportunities.”

Olson recalled that during his visit to Honduras last June, the country’s newly appointed minister of security reported publicly that they had been paying as many as 2,000 ghost police officers — people who didn’t exist.

“The institutions did not even know who was on its payroll. Worse than that, they only had 64 police officers in four of the most chronically violent states. Either they didn’t know or they knew but didn’t care,” he said.

“There is no legal requirement in Honduras to carry out an independent audit of campaign financing. The parties are required to certify their expenditures, but the tribunal has said there’s no obligation to do an independent audit. So if they said they spent $1 million, no one knows how they got that money. The door is so wide open, the mechanisms of control and accountability are not there. One can just expect that this sort of thing is going on,” he said.

“It’s less important to me whether they’re of the left or the right. The whole system lacks the transparency to guarantee reliability. The electoral tribunal has done an admirable job to make things work out, but they themselves are weak because they’re representatives of political parties. That does not automatically make them bad, but it calls into question — when push comes to shove — what the outcome might be.”

Humire’s talk focused on dispelling economic myths he said have been promoted by the Zelaya campaign.

One is that more than 400,000 jobs were created during the former president’s term of office — but he said that agriculture employs 39.2 percent of Hondurans yet contributes only 12.8% of its GDP.

“They also claimed that public debt dropped under Zelaya’s administration. That’s mostly true, but that’s because of massive spending and social welfare which further crowded out private capital investment, as depicted by the 18.45 percent lending rate by commercial banks. Approximately 670 Honduran doctors remain on strike because the government has not paid their salaries.”

Olson said one of the biggest problems with Honduras is that despite the country’s traditional two-party system, nine parties are competing in Sunday’s election.

“There is no second round, so it’s probable that the eventual victor in this process will come out with 32 percent or 34 percent of the electorate — hardly a mandate for making any of the important reforms we all agree are needed,” he said, sounding a final warning:

“Honduras may be headed for a difficult period with no clear mandate from the people — a very divided electorate and weak institutions. While I have a great deal of love for Honduras, I worry that the scenario is potentially dangerous and difficult.” 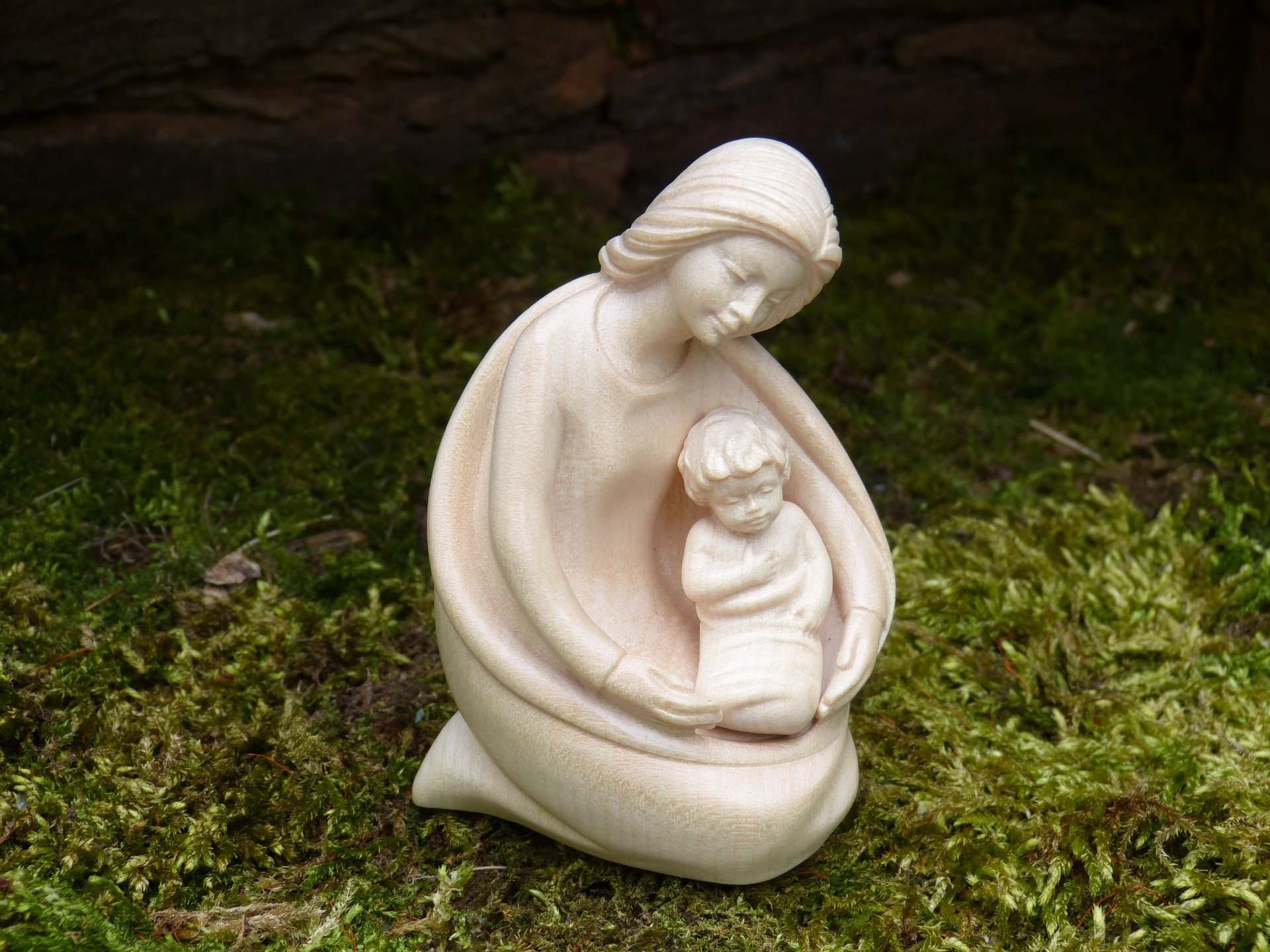