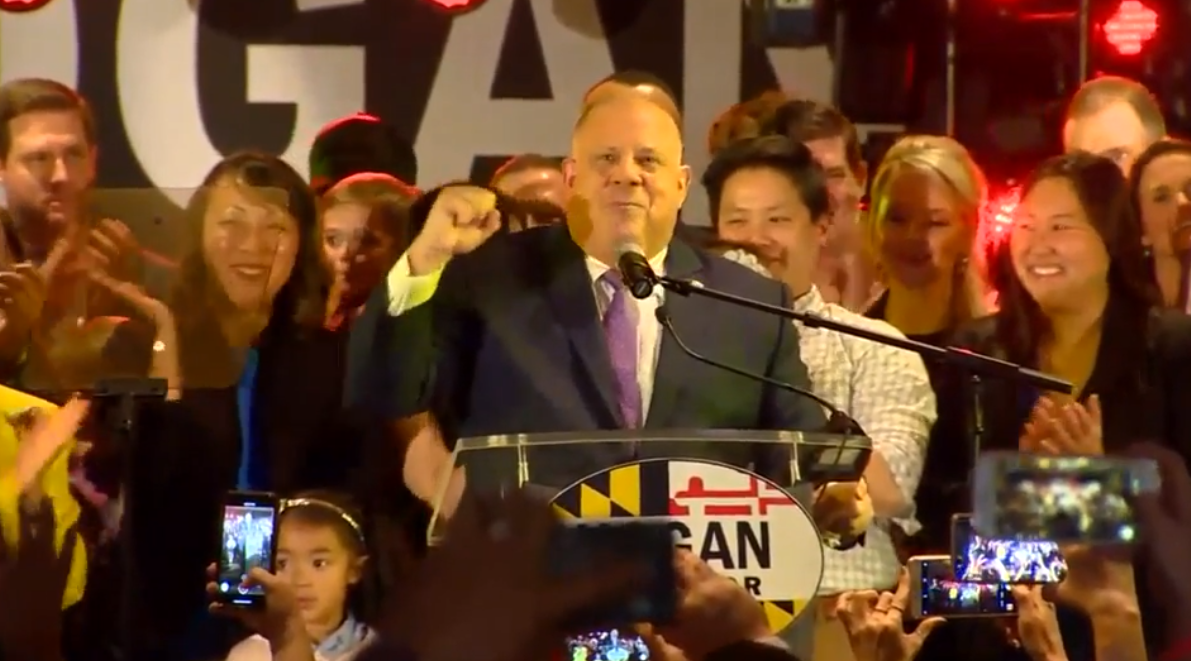 An exuberant, exultant, emotional Gov. Larry Hogan, with bear hugs for everyone in sight, effused one of the stellar quotes of the campaign in a 5-minute victory speech Tuesday night.

“Tonight in this deep blue state, in this blue year, with a blue wave, it turns out I can surf and we had a purple surfboard.”

Hogan had gotten more votes than any Republican had ever gotten in a statewide Maryland race, winning almost 1.2 million votes, 56%, against Democrat Ben Jealous.

In the flush of a stunning victory, Hogan could be forgiven for failing to mention that his surfing buddies — candidates for county executive and state Senate — were experiencing wipe-outs across the state. The governor’s plan for a veto-brief minority in the state Senate, the Drive for Five, was a flop.

All but one of the Big Seven major suburban counties where the bulk of Marylanders live will be lead by new Democratic county executives, defeating close Hogan allies, including two incumbents.

Instead of picking up five Senate seats to protect his vetoes from Democratic overrides, Hogan, picked up only two, despite abundant time and effort, and unexpectedly lost a seat in Howard County long held by Republicans — though the margin of defeat for Republican Sen. Gail Bates was only 150 votes.

The blue wave was apparent in early voting, where Democrats heavily outvoted Republicans. This was not unusual in past years, but Howard County Executive Allan Kittleman and Anne Arundel County Executive Steven Schuh failed to match the early Democratic ballots on election day.

Hogan outperformed all his allies on the ballot, including perhaps his closest political buddy, his longtime friend and current Insurance Commissioner Al Redmer, who was running for Baltimore County executive.

In these suburban counties, Hogan won by wide margins, as he needed to do for any victory, but he gained far more votes in every area than the down-ballot candidates he supported. There were no coattails here.

In Anne Arundel County, the governor got 46,000 votes more than Schuh, winning 69% of the tally, while Schuh lost to Democratic farmer Steuart Pittman with 48% of the vote.

In Howard, Hogan got 12,000 more votes than Kittleman, winning 57% of the tally, while Kittleman got only 47%. Most of the Republicans in Howard County endorsed by Hogan — a prominent feature of their literature — including two longtime legislators, Bates and Del. Bob Flanagan, lost, as did the courthouse team supported by Kittleman and Hogan.

In Frederick County, Hogan got 69% of the vote, while Kathy Afzali, the GOP delegate running against incumbent Democrat Jan Gardner, the county’s first executive under the charter rule, got 44%, almost 25,000 votes less than Hogan. In Frederick, Republican Del. Bill Folden was also one of the five seats Republicans lost in the House.

In the Senate races where Hogan thought Republicans could pick up seats, the party gained just two, including the lower Eastern Shore district where Del. Mary Beth Carozza beat incumbent Democrat Jim Mathias. As expected, in Baltimore County Republican Del. Chris West won the open seat that had been held by Sen. Jim Brochin, who had run for executive, with 52%.

“Let me assure you I will continue to be a governor for all of Marylanders,” Hogan said in his victory speech. “They voted for civility and for bipartisanship and common sense leadership.”

Maryland voters around the state clearly voted for bipartisanship by re-electing a popular Republican governor and splitting their tickets for many Democrats down the ballot. 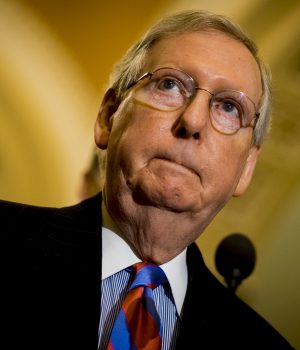 McConnell: Kavanaugh accuser has the option to testify privately before Senate panel