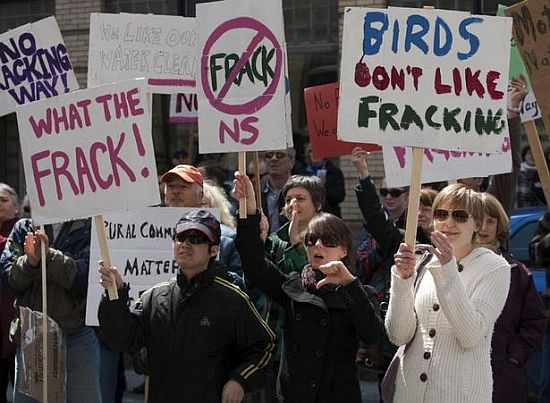 Unions and the Democratic Party started the recall of Wisconsin Gov. Scott Walker when the governor gutted collective bargaining laws in the state.

But any election — no matter if the guy’s been in office a little over a year — exposes the record on every issue. And while the overriding theme between Walker and his opponent, Milwaukee Mayor Tom Barrett, may be jobs and whether Wisconsin has lost either 23,000 jobs or gained 33,000 in Walker’s first term, environmentalists have begun to get the word out that Walker hasn’t been a friend to them either.

It could be said that Walker has waged war on the state’s Department of Natural Resources from the start. As part of his first budget, he threw up a trial balloon that would have restructured the DNR to make it run without public accountability or even legislative accountability. That didn’t fly, but it certainly set the bar as to what the government thought about the DNR and its mission for Wisconsin.

What actually brought Walker’s environmental record to the attention of the masses, was when news broke earlier this month that a high-level political appointee in the DNR has interceded in a case where a waste hauler was illegally dumping human waste. Instead of the hauler’s case being referred to the state attorney general’s office, as  required, the hauler received a lowest fine possible from the DNR and the matter was hushed up, even though the waste hauler was fined $240,000 just two years ago for the same violation. A state lawmaker was also found helping out the waste hauler, which also contributed campaign funds to the lawmaker and to Walker. That lawmaker, Joel Kleefisch, happens to have as his wife, Lt. Gov. Rebecca Kleefisch.

But Walker’s administration didn’t really need to grease the wheels for a political polluting friend to get a favor; the entire DNR has precipitously dropped its pollution enforcement since last year. The DNR reported the number of permit violation notices sent out is at a 12-year low.

And that stems from Walker’s view and his DNR Secretary Cathy Stepp’s view on the role of the DNR and business. Stepp, a former state senator whose husband owns a construction company, called the DNR “anti-development, anti-transportation, and pro-garter snakes, karner blue butterflies, etc.” Walker said he wanted a DNR head with a “chamber-of-commerce mentality.”

And Stepp hasn’t disappointed. She rarely answers questions about her DNR policies and has pretty much tried to stay under the radar. The recent DNR favoritism scandal had her dodging the press queries. The DNR also dragged its feet in issuing water permits with more restrictive phosphorous limits. It tried to delay implementing the new regulations, which then created a huge backlog in handling permit requests.

Business as usual at the Wisconsin DNR has seen the wind energy industry all but stop doing anything in the state, after the governor put in restrictions wanted by the state’s Realtors Association on where wind turbines could be built. Walker appointed the former head of the Realtors Association on the Natural Resources and has another top Realtors exec in the second echelon of those running the DNR.

And then there’s the failed mining bill earlier this year that would have taken public input and hyper-streamlined the permitting process for sulfide mines. The contentious debate hinged on the vote of a fellow Republican, who couldn’t bring himself to be that lenient toward miners.

In perhaps the most symbolic statement on Walker’s view of the environment, the governor forgot to issue an Earth Day proclamation during his first year in office. This year, during the throes of the recall battle, he did observe Earth Day, whose founder was former Wisconsin governor and U.S. Sen. Gaylord Nelson.

Walker’s playbook on the environment is the same one being used by other Tea Party types in charge of statehouses in the Midwest, which has prompted protests throughout the Midwest.

In Ohio, Gov. John Kasich seems to want to lead the nation in fracking mining, the latest, most controversial way to get oil and natural gas from the ground.

Kasich, like Walker in Wisconsin, also turned down hundreds of millions of dollars in federal aid for a new high-speed rail train that would have created jobs and kept down pollution. Like Walker, he claimed the state couldn’t afford to operate the train.

Kasich, like Walker, also went after public sector union collective bargaining rights, lending credence to the argument that these governors are getting their ideas from the same think tank.

In Michigan, Gov. Rick Snyder has taken it upon his natural resources department to streamline most permitting process needed for iron mining, to the consternation of environmentalists. The Upper Peninsula has become a hotbed of sulfide mining, some of the most dangerous operations in terms of water quality threats. The country’s only full-time nickel mine has recently gone online in the U.P.

Snyder’s state has also dropped many other clean water quality protections as well.

Over in Indiana, the one-time Tea Party darling for president, Mitch Daniels, has been known more for his want to build more coal-fired power plants than any other threat to the environment, compared to his Tea Party compatriots nearby. But his biggest hammer to the outdoors was eliminating the enforcement arm of Indiana’s DNR, which got the federal Environmental Protection Agency to come pay a visit to Indianapolis to see what was up.

He also gutted recycling funding and eased off on pollution regulations. Critics noted that Indiana stayed the 49th most polluted state in the union under his watch.

Democrats in the region, such as Gov. Mark Dayton of Minnesota, tout the idea of streamlining permit process in their DNRs, but have not gutted the rules of enforcement. Dayton has ordered a study of his state’s permitting processes.

Mueller: Trump can be charged after leaving office