Moreover, Franchot said he was well aware of financial difficulties Anderson-Walker had faced related to tax liens and a foreclosure, as well as a vote the councilwoman had cast that raised questions about a possible ethics violation.

“Yes. And I selected her,” Franchot told MarylandReporter.com on Friday.

Franchot went on to say the public’s reception to his selection of Anderson-Walker has been very positive.

“I have gotten nothing but dozens of messages on my phone from people saying: ‘Great pick, terrific choice.’”And I am looking forward to getting out on the campaign trail with her because I believe she is so impressive.”

Franchot said his running mate’s past financial struggles may actually help her connect with voters.

“She is independent. She fights hard. She does not get bossed around. Can she relate to people who are having financial struggles in Maryland more closely because of her financial challenges? Sure.”

“Guess what? There are hundreds of thousands of Maryland families that are struggling financially. I am running with someone who has respect and empathy and compassion for people that are going through tough economic times right now,” the comptroller added.

MarylandReporter.com spoke with Anderson-Walker shortly before speaking with Franchot.

The councilwoman declined to comment on the tax liens and the possible ethics violation and instead referred MarylandReporter.com to a statement the campaign had released explaining those issues.

“I believe that we have already sent out a response to that.”

As to running with Franchot, Anderson-Walker said she is grateful for the opportunity.

“This has been a whirlwind and very exciting. Months of meetings and discussions and really getting to know each other has evolved into some really great forward-thinking as to how we are going to continue to move Maryland on a wonderful trajectory.”

Franchot stressed that his extensive experience in state government sets him apart from his eight primary opponents.

“Each of them are eloquent and charismatic. Several of them are national figures. I am always impressed by them. But together they haven’t spent more than a day or two looking at the Maryland budget in the last 15 years. I have spent every day over the last 15 years being the chief fiscal officer of the state.”

Richard Vatz, a professor of political persuasion at Towson University, said Franchot made “an unforced error” in selecting Anderson-Walker.

“One of the unspoken rules in choosing a Lt. Governor nominee is the same for doctors practicing medicine: first, do no harm. When presidential candidates choose vice-presidential nominees, or have them chosen by their conventions, they do not want gratuitous negativity to accompany the choice.”

“Anderson-Walker has faced foreclosure and a variety of tax liens; in addition, as articulated by The Baltimore Sun, she has material conflicts of interest, including actions that, according to the County Board of Ethics “have caused an erosion of public trust in County Government.” She has no convincing explanation for these conflicts,” Vatz added. 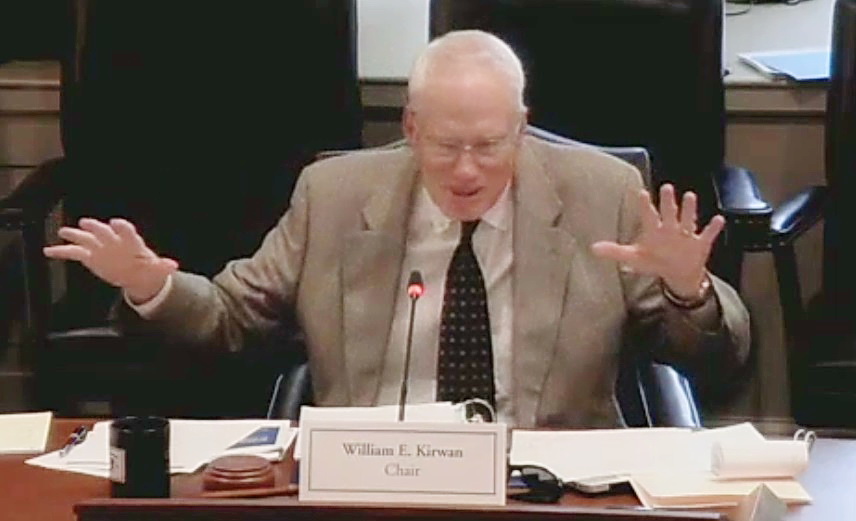