National Security Agency leaker Edward Snowden recently asked Vladimir Putin via teleconference, “Does Russia intercept or store the communications in any way of millions of individuals?”

Putin, a former officer in the former Soviet Union’s KGB intelligence agency, replied, “You are a former spy so we will talk one professional language. Our intelligence efforts are strictly regulated by our law. We have to get permission to stalk any particular person.”

Tell that to Anna Politkovskaya, shot dead in the elevator of her apartment block after she published exposes of Putin’s corruption. Or ask the pesky reporters prying too closely into Putin’s Russia, who were then brutally murdered. Igor Domnikov, Sergey Novikov, Iskandar Khatloni, Sergey Ivanov and Adam Tepsurgayev come to mind.

Reporters aren’t his only target. Opposition members of the Duma are favorite targets.  Duma Deputy, Galina Starovoitova was shot to death in her apartment building and Yuri Shchekochikhin was poisoned with thallium just a few days before his scheduled departure to meet with FBI investigators regarding Russian vice.

Shchekochikhin shouldn’t take it personally. Vladimir Putin’s former bodyguard Roman Tsepov, was also poisoned with thallium. Some inconveniently catch bullets, such as Nikolai Girenko, a prominent human rights defender, Professor of Ethnology and expert on racism and discrimination in the Russian Federation, was shot dead in his home in St Petersburg. Others swallow the wrong medicine, such as Alexander Litvinenko, a KGB defector and author of the book, Blowing up Russia, fatally poisoned by radioactive Polonium from Russian sources.

Countless similar murders occur in Russia, such as journalist, Natalia Estemirova, or human rights lawyer, Stanislav Markelov or Times of London reporter, Daniel McGrory, researching the Litvinenko assassination, writing soon before his own death, “Litvinenko might have been killed after a deal that went wrong with associates involved in the ruthless world of Russian business.”

When asked about Putin, President Bush replied, “Is this a man that Americans can trust? I will answer the question. I looked the man in the eye. I found him to be very straightforward and trustworthy. We had a very good dialogue. I was able to get a sense of his soul; a man deeply committed to his country and the best interests of his country. And I appreciated so very much the frank dialogue.”

It is easy to dismiss Bush’s intellect as vapid and void of intellectual curiosity, but according to Bob Woodward quoting a Senator, “He has a stratospheric EQ [Emotional Intelligence]. I’ve never heard him talk much about policy substance or details, but he senses every nuance of interpersonal relations. Every question he asks is transactional. ‘If I say X to Chirac, how will he respond?’ ‘Would this line work with Senator Y?’ He prepares himself carefully. He knows exactly how to work you.”

Often extremely intelligent, useful idiots are usually vain. Historian Donald Rayfield said of the useful idiot: “It’s someone who doesn’t think they are an idiot, who thinks they are highly intelligent, but is so easily persuaded by flattery from people in power that they are prepared to serve their purposes and allow themselves to be duped or just even just lie for the sake of advantage.”

Nobel Prize winner Dorris Lessing, a member of the Left Book Club, a group of Communists, said of herself, “That’s what my role was. I was taken around and shown things as a useful idiot.”

Journalist Bruce Anderson added: “Intellectuals have a terrible tendency to adjust the evidence to fit their preconceptions. They decide they want to believe in something, they will believe in it, and if the evidence is “Oy, you’re wrong!” they will just hit the evidence over the head until it shuts up.”

When I confronted William (Bill) Hinton, author of Fanshen, about the abundant abuses of Mao Zedong and his direct responsibility of more than 70 million Chinese deaths due to starvation and murder during the Cultural Revolution and the Great Leap Forward, he replied with his typical calm demeanor and brushed them off (denied most of it) as just part of the hardship of running China.

Oliver Kamm said of western intellectuals, “There were others on the political left, including the liberal left who did see China as some sort of alternative, efficient and joyous even way of doing things differently and this was partly a testament to the stupidity of intellectuals, partly a function of the lack of information about China particularly the terrible details of the great famine and then the cultural revolution. But above all it was this recurrent belief among western intellectuals that because there are imperfections in their own societies there must be better ways of doing them outside, and alighting on appalling dictatorships as working examples of how to do things differently.”

It would be nice to consider the useful idiot as a unique product of the Liberal Left, but this notion is plain wrong. David Cameron, now Britain’s prime minister, visited apartheid South Africa as a guest of the white minority regime. Chilean dictator Augusto Pinochet, another hero of the Right, was viewed more as a target of the Left than a perpetrator of murder.

Even when his regime’s human rights abuses became inevitably public, they were accepted by the Right as inevitable collateral damage of rule. Not wrong.

Nobel Peace Prize winner, Henry Kissinger, wrote to Augusto Pinochet; “I will treat human rights in general terms, and human rights in a world context. I will refer in two paragraphs [documenting extensive torture and murder by Pinochet] to the report on Chile of the OAS Human Rights Commission. I will say that the human rights issue has impaired relations between the U.S. and Chile. This is partly the result of Congressional actions. I will add that I hope you will shortly remove those obstacles…. I can do no less, without producing a reaction in the U.S. which would lead to legislative restrictions. The speech is not aimed at Chile. I wanted to tell you about this. My evaluation is that you are a victim of all left-wing groups around the world and that your greatest sin was that you overthrew a government that was going Communist.” Later he wrote to Pinochet, even though he absolutely knew of Pinochet’s atrocities, “We want to help, not undermine you. You did a great service to the West in overthrowing Allende.”

As George Orwell quipped, “Some ideas are so stupid that only intellectuals believe them.”

Edward Snowdon is sadly that stupid, self-centered and solipsistic. He couldn’t possibly be wrong, or so those who believe he is a hero believe.

Arthur Koestler’s essay in The God that Failed, begins with a most prescient sentence regarding evangelicals of any religion or political party: “A faith is not acquired by reasoning.” 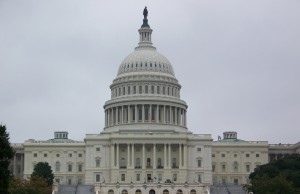 Det. Frank Serpico to Det. Joe Crystal: Nothing has changed in police work